THE SPINE OF NIGHT 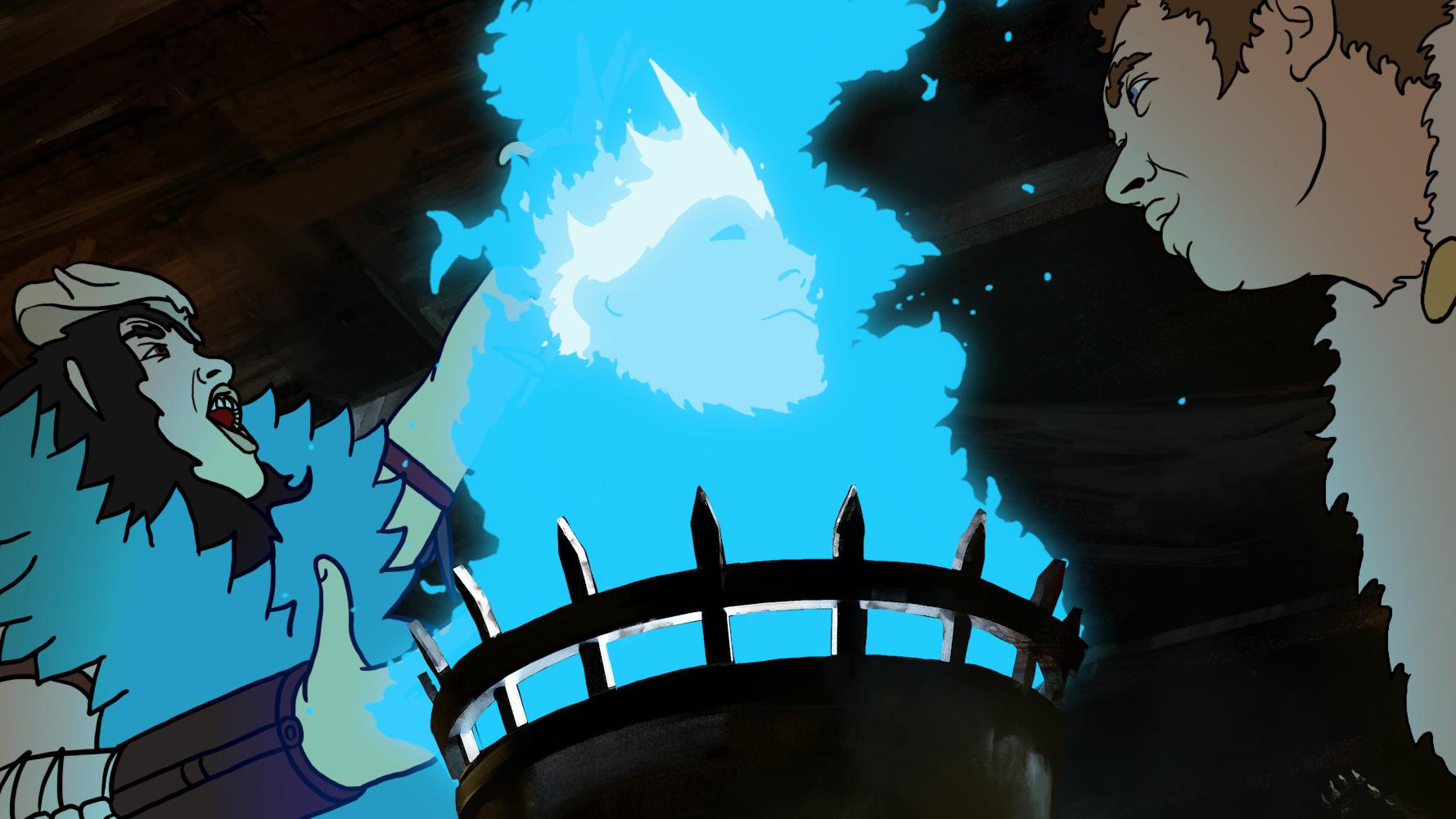 It is perhaps impossible to return us to the joy and wonder that is Saturday morning cartoons. I’m not even sure that they play cartoons on Saturday morning anymore, but if they do they certainly don’t have the cultural significance they once did. I can easily remember crawling out of bed before anyone else in the house was up, grabbing my bowl and boxes cereal and heading downstairs to plop sugary marshmallow concoctions into my mouth as I watch show after show until the cartoons had to give way to something stupid like college football. The Spine Of Night plays to that inner child. With its burning skulls and epic landscape, the film most conjures up Heavy Metal, that 1980s cult film that somehow remains one of the few cartoon made directly for adults that people have ever heard of. That Gerald Potterton directed, Ivan Reitman produced film, inspired by the magazine of the same name, featured music by Journey, Blue Öyster Cult, Cheap Trick, Devo, and Black Sabbath, and a series of science fiction and fantasy stories full of of graphic violence, sexuality, and nudity.

The Spine Of Night lives in that same cinematic universe, with it’s obvious inspiration, although we’ve successfully upped the gore and violence! The meandering storyline which sees an entire world at battle for the magical power contained in a blue flower headdress also draws inspiration from something decades earlier, the matinee serial. Broadly drawn characters clash from the opening minutes to the final minutes and an epic struggle of good versus evil with little detour in the plot away from combat. This is a film made for fans of Conan the Barbarian, He-Man and the Masters of the Universe, the old Dungeons & Dragons cartoon, as well as various heavy metal album covers. The animation, done through a rotoscope method, serves the film well by most resembling those soft lines of hand-drawn cells that slowly pan across the scene, or focus on the backs of heads instead of trying to replicate mouths in conversation. I’m curious to look into the development of rotoscope because a throwback film like this, in a way, that seems brilliantly reverse engineered, whereas something like Waking Life felt so revolutionary. Here the Rotoscoping allows the creating of an alien world rather than being the stye itself.

There are definitely some epic scenes in The Spine Of Night, the attack of the bird men and their flying machines on the bad guy’s fortress being the most memorable screen picture. When the credits roll, some recognizable voices scroll by, although I have to say I did not necessarily notice during the film the talents of say Patton Oswalt. The overall look and style is so much more of the draw. However, part of that may be that the characters themselves are just not all that compelling. Our central character, the Queen of the Swamp, is off-screen for at least half the film waiting to be resurrected. With the emphasis on epic battle, there’s little done to humanize the characters, develop them over the running time, or even provide humor. Also, with the framing device of the Queen of the Swamp arriving at the Guardian’s cave at the opening, there’s little tension to pull us through the film as she recounts her journey, much of which she was not a part of. Also, I couldn’t help but feel that the film missed out drawing upon its Heavy Metal roots for its soundtrack. I couldn’t help but think that each one of these scenes would have been improved had it been underscored by like, Iron Maiden.

I will be curious to see how this film plays after South by Southwest. It seems like prime material for all genre fests in the fall, but after that it will slip into that cult territory were fans will seek it out and champion it. I’m just not sure that there is enough to grab ahold of in the 90 minutes running time that a fan might prefer over just re-watching Heavy Metal.