KID WITH A BIKE, THE

and Blu-ray through Criterion. It premiered at the 2011 Cannes Film Festival, where it shared the Grand Prix with Once Upon a Time in Anatolia. It was released theatrically by Sundance Selects on March 16, 2012. NOTE: This review was first published on Thursday, March 15, 2012 as a “Hammer to Nail Pick of the Week” at the Filmmaker Magazine blog.)

The Kid with a Bike is propelled by eruptive moments nestled between long stretches of calm. That it is seen through the eyes of a child too young and confused to understand as much about himself as the viewer does would appear to make the eponymous bicycle rider’s case an ironic one, but it mostly just makes it sad. Every time Cyril pushes his newly adoptive mother (Cécile De France) away or pines after his absent father, we see his heart slowly breaking and his view of the world further dimming. This is an ordinary boy whose inability (or outright refusal) to believe that his dad (Jérémie Renier) is never coming back for him makes him something of a problem child: running away from school, rarely doing what he’s told, expressing himself through violence. “I want my dad,” he says at one particularly vulnerable moment; it’s the kind of naked, genuine truth the Dardenne Brothers often espouse plain as day. They understand, here and elsewhere, that simplicity is as effective a means of conveying profundity as any other.

Typical descriptions of the Dardennes’ work—humble without being slight, realistic while maintaining a distinctly cinematic flair—are accurate enough when speaking of this film, but they fail to account for its momentum. Events unfold much as they would in real life, and yet there’s a fluidity to the proceedings that’s compelling without ever being overbearing: whether it’s Cyril on his bike or the grainy, handheld camerawork itself, things are constantly moving. Which isn’t to say they’re getting anywhere. Nearly every character is stunted in his or her own way, and it’s only when their different trajectories happen to lead them toward one another that there’s any comfort to be found. Cyril in particular is neither cherub nor monster, despite how certain of his more desperate outbursts might make him look, and his waywardness is underscored by the fact that he’s almost never sitting still. He’s on a search for his father, yes, but in focusing so intently on that missing figure he’s blind to nearly everything (and everyone) else. 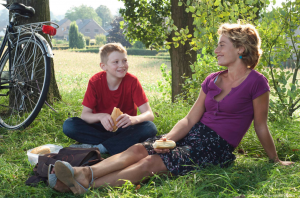 One sequence finds him in the company of an older, more unsavory boy who leads a local gang of similarly troubled youths. Friendly to the point of being menacing, he’s constantly arousing our suspicions—but not Cyril’s. He’s too excited at the prospect of a semi-father figure taking an interest in him to notice or care that he’s headed down a dark path. By building The Kid with a Bike on small moments with heavy implications and lasting effects, the Dardennes infuse scenes such as these with the utmost tension in spite of the apparent banality of what’s actually happening. Calm signals the storm, after all, and so we’re constantly anticipating the next minor catastrophe. Things escalate, return to normal, and alter how both viewer and subject conceive of this world in the process. Though these changes are constant and not always visible on the surface, they’re rarely irrevocable. It’s an ultimately optimistic approach that sounds obvious but, in practice and at its best, has the potential to be transcendent.

In opening up the narrative to all manner of unpredictable (and often disconcerting) happenings in the day-to-day life of a boy struggling to find direction and refusing the guidance of the one person who truly, unexpectedly cares for him, the Dardennes manage to make their plotting unpredictable even at its simplest. They’re equally fixated on tragedy and the redemptive capacity of small but heartfelt acts, moments which, though they can’t undo what’s already been done, might take a small step toward setting them right. The Kid with a Bike may appear to deal in sadness, but it uses that sorrow as a stepping stone toward forgiveness and even a semblance of grace. 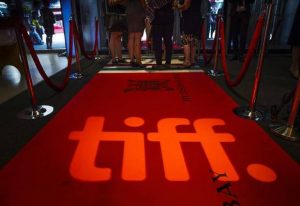 THE CURBSIDE CRITERION: THE EXTERMINATING ANGEL