(The Hunt (Jagten) world premiered at the 2012 Cannes Film Festival. This review was first published on September 7, 2012, in conjunction with its North American premiere at the 2012 Toronto International Film Festival.)

Thomas Vinterberg exploded onto the international filmmaking scene carrying the banner for the Dogme 95 movement, that relic from the early days of digital film production that encouraged a diegetic approach to making movies. But in the wake of Dogme 95’s collapse under the weight of its half-serious rules (and it’s less-than-half-serious coalition of filmmakers), it is sometimes hard to remember how exciting the movies themselves could be, how new they actually felt, how those much-derided “rules” actually did encourage an interesting approach to cinematic storytelling. No film from that time was more provocative and powerful than Vinterberg’s debut feature The Celebration (Festen), a movie that challenged audiences with the difficult story of a family’s incestuous secret, delivered with a grainy, visceral power. It is a movie that crackled with an almost documentary energy, the film’s dramatic crucible heightened by Vinternerg’s insistence on giving his audience and his characters a shared social position, an almost voyeuristic access to often forbidden emotions and desires.

In his new film The Hunt (Jagten), Vinterberg powerfully reaffirms his gifts as a filmmaker with the story of Lucas (Mads Mikkelsen), a small town kindergarten teacher who is falsely accused of child sexual abuse by the daughter of his best friend. From the word go, Vinterberg establishes a sense of foreboding and danger by showing the quotidian relationships that shape Lucas’ experience; from his presence as the only adult male at his school to his status as a divorced father fighting for custody of his teenage son, each seemingly innocuous circumstance provides a sinister subtext. Vinterberg sticks close to the faces of his actors, with Mikkelsen often isolated in the frame to both draw us closer to his growing outrage and his alienation from his friends and family. 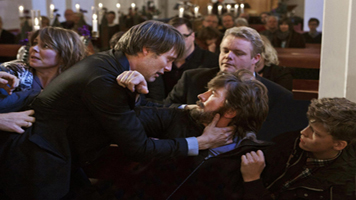 Once the allegation against Lucas lands within his tightly-knit community, Vinterberg’s subtext shifts from a story of unjust persecution to something much more complicated; the social rituals that define male friendship. Make no mistake, there are women who are powerful actors in the film (none more so than the 5 year old girl whose confused feelings for Lucas set the film’s story in motion), but the relationships between the men, relationships Vinterberg frames with an imposing physicality whether they are at work, at play or in conflict, provide the shifting sands beneath Lucas’ feet. It is this vibrant sense of virility, this über-masculinity, that makes the accusations against Lucas plausible to the film’s characters; there is a wildness to Vinterberg’s men, an almost cloistered community of hunters and drinkers, fathers and husbands, each knowing his place in the world. It is the destabilization of this certainty and stability that is perhaps Lucas’ greatest crime and once the Pandora’s Box of doubt is opened, it seems that nothing can repair the damage done. And as the film ends, we know exactly what that means for Lucas himself.

Perhaps the film’s greatest accomplishment is Vinterberg’s ability to bring Mikkelsen’s pride and wounded sense of justice to a slow, rolling boil, allowing the audience a deep sense of empathy and concern for Lucas as the stakes escalate. This can only be accomplished by a mastery of tone and structure, mastery which Vinterberg deploys without wasting a single shot. The Hunt is as taut a movie as they come, allowing the faces and eyes of the actors to deliver information and meaning without deploying narrative tricks or letting his focused visual style get in the way of the film’s multifaceted emotional meaning. Instead, Vinterberg delivers on all that promise to make a tremendously affecting thriller, a movie about the collapse of community that resonates deeply in the dark aisles of the cinema. 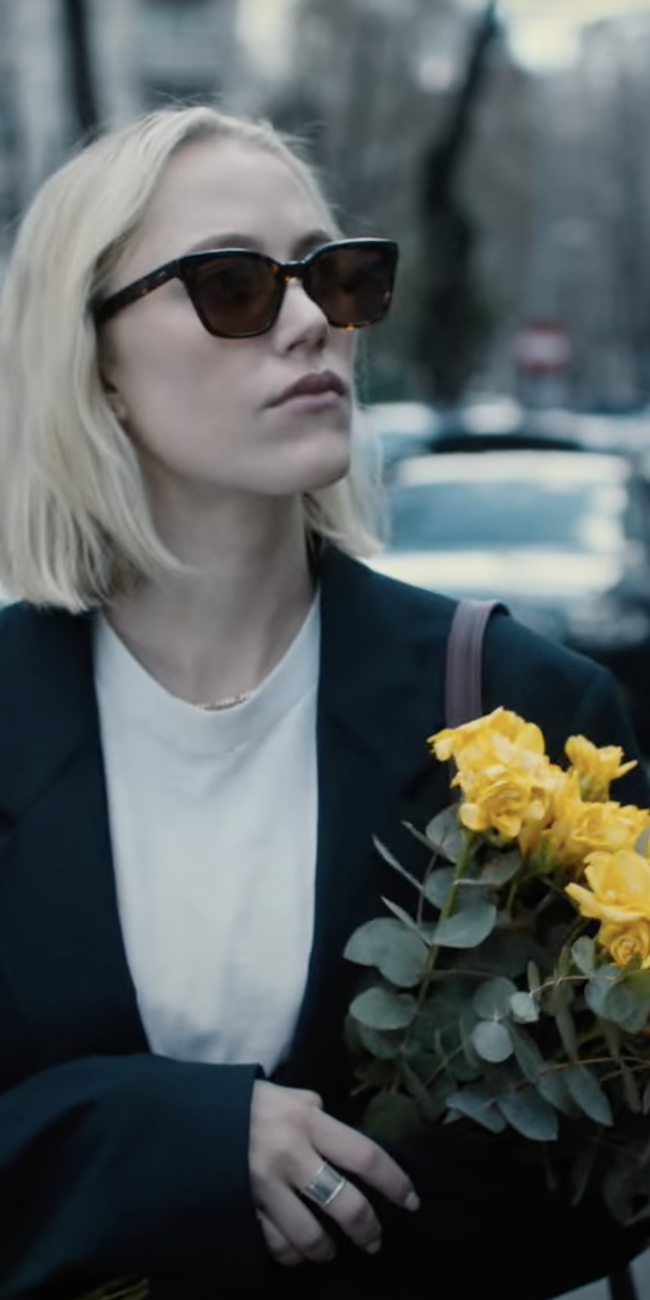