THE ART OF MAKING IT 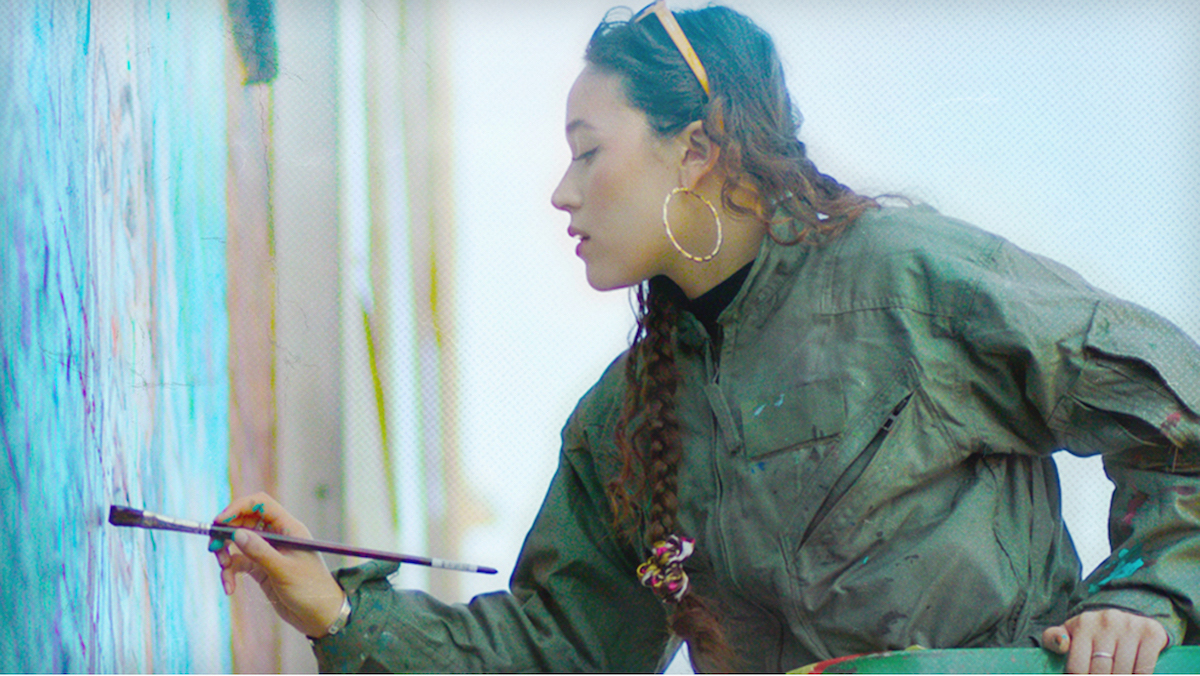 (The 2022 SXSW Film Festival runs March 11-20 in glorious Austin, Texas. Check out Chris Reed’s movie review of The Art of Making It. Join the conversation with HtN on our Letterboxd Page.)

The art world is in turmoil, courtesy of a system built on inequities of access, social class, and money, with race, gender, and ethnicity additional factors. In order to make it, you first have to go into debt, as galleries most often won’t showcase work by artists who haven’t gone through an MFA program (usually expensive). Unfortunately, those graduate schools have become just as concerned with success as dealers and exhibitors, which means that true iconoclasts can find themselves kicked out, no one understanding how they’ll fit in. It’s capitalism at its grotesque best. Vive la révolution! It’s certainly time for one.

So goes The Art of Making It, Kelcey Edwards’ debut feature documentary. With a diverse cast of interview subjects, the movie follows the disturbing trends of the first few decades of the 21st century and imagines what a different future might look like. Among those who perfectly articulate today’s problems are folks like historian and curator Helen Molesworth and conceptual artist Charles Gaines (though they are hardly the only ones). Molesworth likens the art world to an insular community governed by arcane rules and points out the strangeness of how museums—an 18th-century invention—still existing in the present. Gaines laments the commodification of what used to be seen as a humanistic discipline, wondering how we can get back to producing ideas and not consumer objects.

And then there are the young(ish) artists, including Sebastian ErraZuriza, Felipe Baeza, Jenna Gribbon, Gisela McDaniel, Chris Watts, and others. Watts is a case study in how awful things happen to good people: he was ejected from Yale University’s MFA program because the faculty could not see a career path for him. Yet soldier on he does, and by the end of the film (sadly, just as the COVID pandemic hits), he has a solo show in New York.

There are also those, beyond the artists, aiming to disrupt the system, though Edwards by no means assumes that all change is good. Collector and dealer Stefan Simchowitz, for instance, makes broad claims about how much he helps struggling new voices, and this may be true, but then again, he is nevertheless also very rich, so…maybe? Former gallery owner Hilde Lynn Helphenstein, now an artist, meme-maker and general satirist of the art world via her social-media account Jerry Gogosian, also weighs in on the much-needed disruption we hope will come, though she also points out that without rich folks like the Italian Medici family, we wouldn’t have such a great treasure trove of Renaissance art today. It’s complicated, in other words.

One may wonder how this movie differs from Nathaniel Kahn’s 2019 The Price of Everything, which treads very similar territory, and that is an excellent question. Here, the focus is significantly more on the challenges faced by up-and-comers than on the lives of collectors (who took up far more space in Kahn’s movie). Edwards is also far more concerned about solutions to seemingly intractable problems. But there is overlap, and that is not a bad thing. Repetition is the best form of pedagogy. Watch and learn.