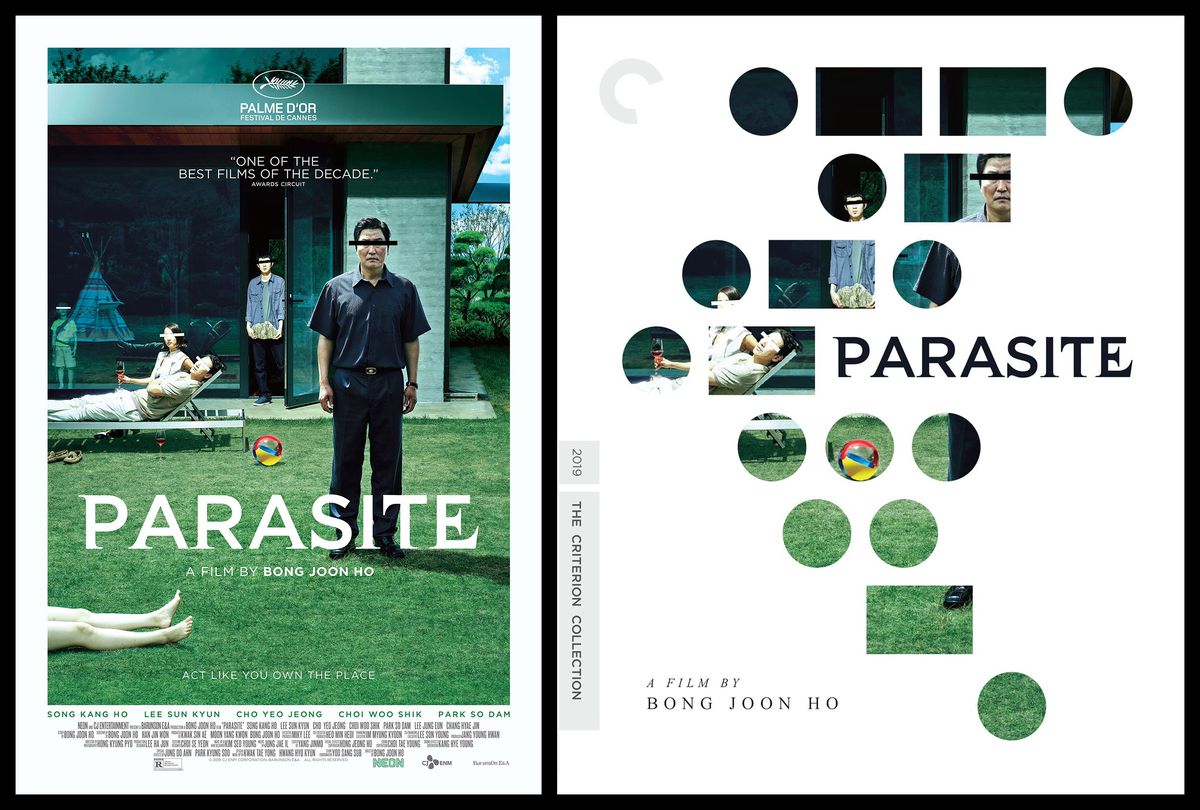 (We here at Hammer to Nail are all about true independent cinema. But we also have to tip our hat to the great films of yesteryear that continue to inspire filmmakers and cinephiles alike. This week Brad Cook moves in with the new Blu-Ray release of Bong Joon-ho’s truly fantastic Best Picture winner, Parasite. Like what you see here on Hammer to Nail? Why not give just $1.00 per month via Patreon to help keep us going?)

Parasite’s stunning Best Picture win at the Oscars this past spring was the culmination of a trend decades in the making, as foreign language films slowly made their way into the mainstream in the United States. Sure, shifting demographics played a large role there, but I’d argue that the directors who broke through in the 1970s helped with the initial breakthrough. As just one example, George Lucas helped expose millions of moviegoers to the works of Akira Kurosawa.

In the case of Parasite, it was likely helpful that director Bong Joon-ho was dealing with socio-economic issues that ring as true in the United States as they do in Seoul, where the film is set. The Kim family lives in squalor, scraping by on whatever income they can scrounge up from low-paying jobs, while the Park family home is the epitome of upper-class wealth, complete with household employees.

The two families connect when Ki-woo Kim gets a job tutoring Da-hye Park, which leads to his sister bullshitting her way into a job doing art therapy for Da-hye’s sister while their father and mother become the Park family’s driver and housekeeper, respectively. The Kim family members preserve their incomes by pretending to not know each other.

The two families also contrast with each other in their dynamics. While the Kim family openly shows love toward each other, the Park clan is colder, expressing austere emotions that are similar to their home’s furnished style. At first, this seems to be in line with common stereotypical thinking about poor families versus rich ones, but Bong slowly unravels any preconceived notions you might have. It’s not clear by the end that the poor Kims are necessarily the virtuous underdogs who need to take down the snotty Parks.

Parasite’s tone also takes a shift in the second and third acts, as a drama tinged with some dark comedy becomes an edge-of-the-seat thriller as the Kims discover a dark secret hiding in the Parks’ basement. The Kims’ scheme threatens to unravel, and the story ramps up toward a tragic ending that presents more questions than answers. If you don’t mind movies that fail to wrap up their stories in a tidy manner, this one is for you.

The initial release of Parasite on Blu-ray was a sparse affair, much like the Parks’ home. (Sure, that was the metaphor Universal was going for there.) Luckily, Criterion scooped up the rights to this one and served it up on two Blu-ray discs loaded with bonus features. They also included a fold-out with an essay by critic Inkoo Kang.

The version of the film presented here was derived from the original 6.5K digital source and the transfer was approved by Bong and cinematographer Hong Kyung-pyo. I don’t know how Parasite could look much better on Blu-ray than it does here. The second disc includes a black-and-white version of the movie along with an introduction by Bong in which he says it was something he wanted to try. The black-and-white version certainly changes the tone of the movie from the start, making it feel more like a thriller than the color version does in the first act, and the lack of color loses the symbolism in how the two families are shown in the color version.

The first disc also includes a new audio commentary with Bong and film scholar Tony Rayns. It was recorded just after COVID-19 lockdowns began, so both participants were remote, but that didn’t seem to affect the quality of the discussion at all. Rayns guides the discussion with questions for Bong, revealing plenty of interesting bits of information about the film, such as the way that Mad Max: Fury Road influenced the narrative and how much CGI was used (more than you might think). It’s the kind of interesting discussion that Criterion has become known for. 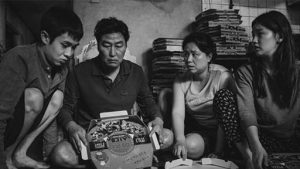 In addition, you’ll find four new interviews with key members of the Parasite creative team. They total about 97 minutes and include:

• Bong Joon-ho talks to critic Darcy Paquet, who lets the director engage in a more free-wheeling discussion than normal because of the large number of press interviews he had done up to that point. It repeats some of the same territory as the commentary track, but Paquet’s technique of tossing out words for Bong to key off provokes some interesting responses.

• Cinematographer Hong Kyung-pyo digs into the look and feel of the film and how he collaborate with Bong to achieve it.

• Production designer Lee Ha-jun also discusses his working relationship with Bong and how that affected his part of the movie.

• Finally, editor Yang Jinmo gets to discuss a topic that’s often neglected in a lot of bonus features these days. After all, editing is just cutting the footage together, right? That’s the wrong idea, of course, and Yang helps give credence to the idea that editing is filmmaking during this interview. In particular, his explanation of how the film was edited to seamlessly blend the CGI use is a fascinating discussion.

A batch of trailers round out the first platter. Over on the second disc, which houses the black-and-white version, the bonus features continue with more interviews as well as a seven-minute comparison of Bong’s storyboard with a scene from the film. The interviews include:

• New Korean Cinema (13 minutes): Bong is joined by Oldboy director Park Chan-wook to talk about how Korean filmmaking has evolved and come into its own in recent years. I didn’t know that their government had restricted film imports to try to protect its own movie industry, and when those laws changed, many Korean directors were exposed to films that heavily influenced their work. Maybe allowing more ideas into your country is a good thing.

•  Cannes Press Conference (29 minutes): Parasite won the Palme d’Or Award at the prestigious film festival in 2019, and here Bong and several members of the cast assembled for a discussion of the movie.

• Premiere Master Class (88 minutes): French director Bertrand Tavernier, who has been in the film business since 1960, gets into a deep discussion with Bong about everything from Parasite’s origins to South Korea’s film distribution system. By this point, you can see how Bong probably got worn down by talking about the film for the past year or so. It’s a wonder to me that he was able to keep his energy going for the new commentary track and the new interview.

A trailer for the black-and-white version of the movie rounds out this disc. The Universal Blu-ray has a 19-minute Q&A with Bong from the 2019 Fantastic Fest in Austin that’s missing here, so you may want to hold onto that disc if you have it.