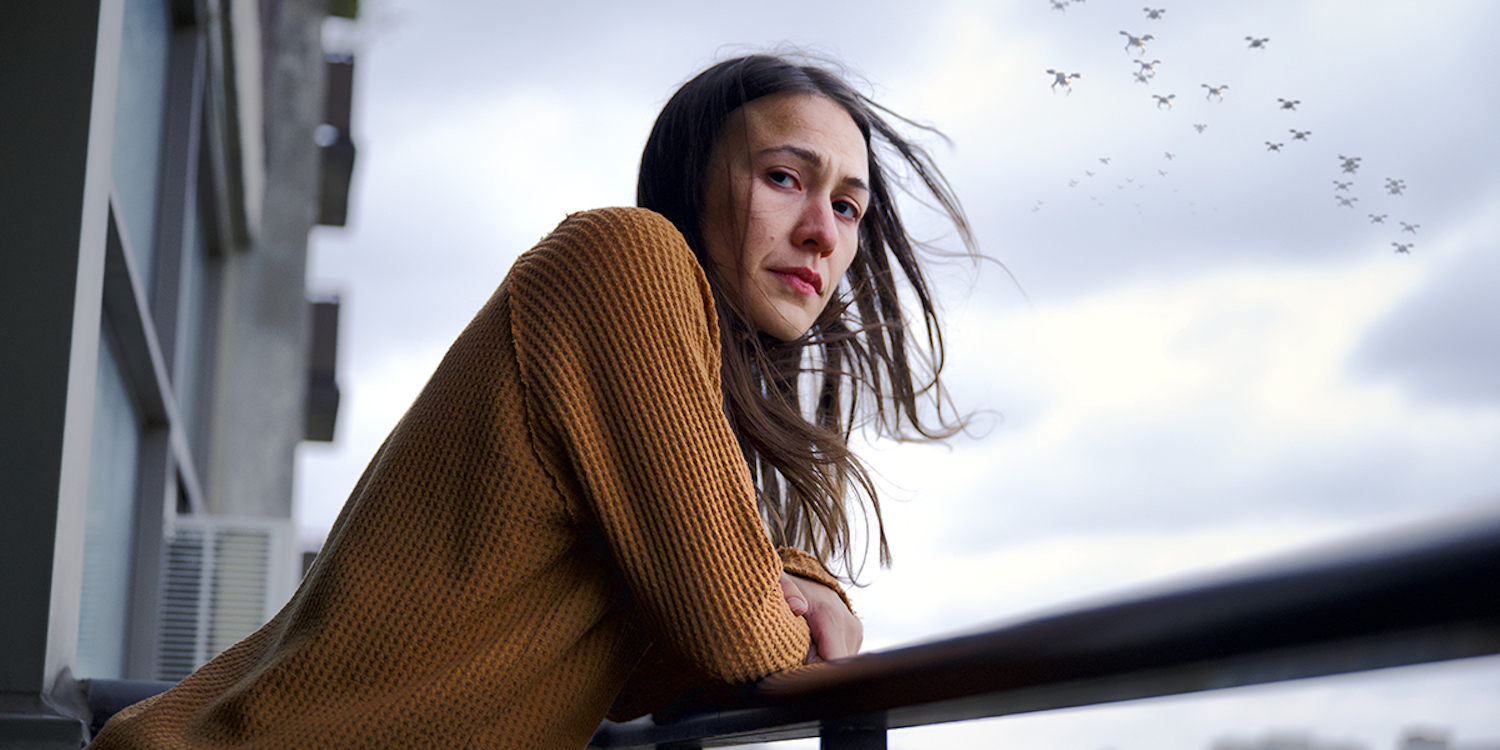 The year is 2043, the place Canada (or what is left of it). After a conflict that appears part civil war, part battle with the neighbors to the south, all children under the age of 18 have been declared wards of the state. Most parents have given up trying to hide their kids, instead surrendering them to the powers that be. It’s not only easier, but seems the right thing to do, after all, since food and opportunities are scarce. If resistance is futile, better to adapt to the new reality. Still, pockets of opposition remain, especially within one tribe of Cree, who remember similar control over their progeny from governments past. Cultures die without new blood, so they fight for the future.

Such is the backstory of Night Raiders, the feature debut of Danis Goulet, herself of Cree descent. As her story begins, we listen to a woman intone, in voiceover, “We knew that they would come for us, as they always had before.” Our unseen narrator has had a vision of a savior who will come to liberate her people. From there, we cut to a lone woman (maybe the same, maybe not), Niska, in the woods, taking care of her teenage daughter, Waseese. The latter is unable to kill a bird with a slingshot, though she does seem able to speak to it. Before we can process this (important) information, Waseese steps into a bear trap, complicating a subsequent escape when drones find them that night and they must flee.

Off they head into town. Niska (Elle-Máijá Tailfeathers, Blood Quantum) knows people there from her former life, including Roberta (Amanda Plummer, Honeyglue), who runs a drug store of sorts. Waseese (big-screen newcomer Brooklyn Letexier-Hart) cannot be seen, lest she be immediately captured (there are cameras, airborne and otherwise, everywhere), so Niska hides her as best she can, even as the infection in her leg gets worse. Earlier, on the outskirts of the ruined city, another parent had his son ripped from his arms, so it’s not just a paranoid fantasy. Roberta is one of those who stopped resisting and voluntarily let her own son go; he now pops up in recruitment videos for the new order. Niska’s choice is stark: without proper medicine, Waseese will probably die, but if the authorities take her, she’ll never see her in person again.

What she next does determines both of their fates and also brings them to the attention of other Cree, all trying to save as many children as possible. The movie thereafter becomes not only a survival thriller, but a meditation on identity and assimilation. There’s action and gunfire, as well as technology and mysticism, all combining in an entertaining mix, even if not everything comes together in the most credible manner. It’s still a powerful examination of the sins of yesteryear and, possibly, years to come. Strong performances anchor the drama and solid technical elements and plot twists keep us engaged. Grounded in real-world horror, Night Raider injects it polemic just below the surface, ensuring that its message truly sinks deep into our bones.