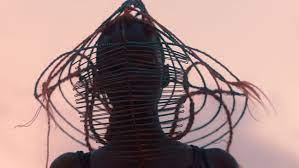 (The 2021 New York Film Festival (or NYFF) is in its 59th iteration and runs September 24-October 10. Here, M.J. O’Toole gives a film review of Saul Williams and Anisia Uzeyman’s Neptune Frost. Like what you see here on Hammer to Nail? Why not give just $1.00 per month via Patreon to help keep us going?)

Throughout film history, technology has been used in often radical, society-altering ways (see Black Mirror). Saul Williams and Anisia Uzeyman’s rebellious Afrofuturist musical Neptune Frost puts technology front and center as it highlights an uprising in a Rwandan village. It is not only a statement on technology, but also takes a strong stance against colonialism and capitalism. With the use of astonishing, mind-bending visuals, a zestful cast of young performers, eye-popping costumes, and a genderqueer romance at its center, it is an electrifying opera that packs a poetic punch.

Early on in Neptune Frost, we are told that stories can have many interpretations, just like dreams. When the characters speak to one another, their lines are full of poetry. It’s no wonder that Saul Williams, a poet who wrote the screenplay, would supply the characters with such dialogue. The film makes use of everything in the toolkit of the medium of film to get its message across. It needs to be experienced on a big screen in order for your senses to be properly stimulated.

The protagonists at the center of the film are Neptune (played by both Elvis Ngabo and Cheryl Isheja), an intersex hacker, and Matalusa (Kaya Free), a coltan miner. Both are far apart, but want to escape their own oppressive conditions. Matalusa and his brother, Tekno, both work at the coltan mines where the dullish mineral they haul is an essential element used for the production of consumer electronics. After Tekno is struck dead at the hands of a foreman, Matalusa accidentally kills a priest that tries to make an advance on them under the guise of consolation. In both anguish and panic, they flee home with no exact direction in mind. Neptune, on the other hand, is also on the run from the police force known as “The Authority” after taking part in an uprising at their university, and trying to find their way to their mother’s home village. Both characters express their journey and views through song with poetic lyrics. But what links the two at first is a shared dream realm that seems to be a kind of visual metaphor for the internet.

Matalusa eventually ends up in a village made up almost entirely of discarded computer parts, but with no power. There, they meet philosophically-minded characters with names like Memory and Psychology. As Neptune makes their way to the village, not only do they make an unexplainable transformation, but the village also gains an otherworldly kind of electricity. This is when our two protagonists meet and sparks fly. With the village now with the power that connects them to the internet, they form a collective called MartyrLoserKing (which is also the name of Williams’ 2016 album) to rebel against the society that is trying to discredit them. This is what sets in motion the commune’s launch into the worldwide spotlight and into the military’s sights.

Neptune Frost’s electronic soundtrack composed by Williams, featuring both original rap and alternative R&B numbers, matches the film’s techno-trippy visuals. Such noteworthy tracks are “Fuck Mr. Google” and “The Give and The Take.” They successfully convey the characters’ personality and state of mind. Another memorable component is Cedric Mizero’s wildly imaginative costume design, that includes a cloak worn by Matalusa made entirely of keys from a black keyboard, and a mask made of metal wiring used to identify the military forces. Anisia Uzeyman’s cinematography helps bring to life the eye-popping colors that cover almost all the characters and the story’s dream-like atmosphere.

First-time viewers who are expecting to see a unique sci-fi film might find themselves thrown off by its abstractionism and lack of narrative structure. The characters are more symbols of anti-capitalist/consumerist/colonialist ideals, but you have to commend the ensemble of performers that take full control of their roles and make them their own. Husband and wife duo Williams and Uzeyman’s work of rebellion shows what could happen when a group of oppressed, marginalized humans are brought together and try to change society with their newfound sense of freedom. Neptune Frost is a work of art that persuades you to not overanalyze and just feel the love and anger from within. 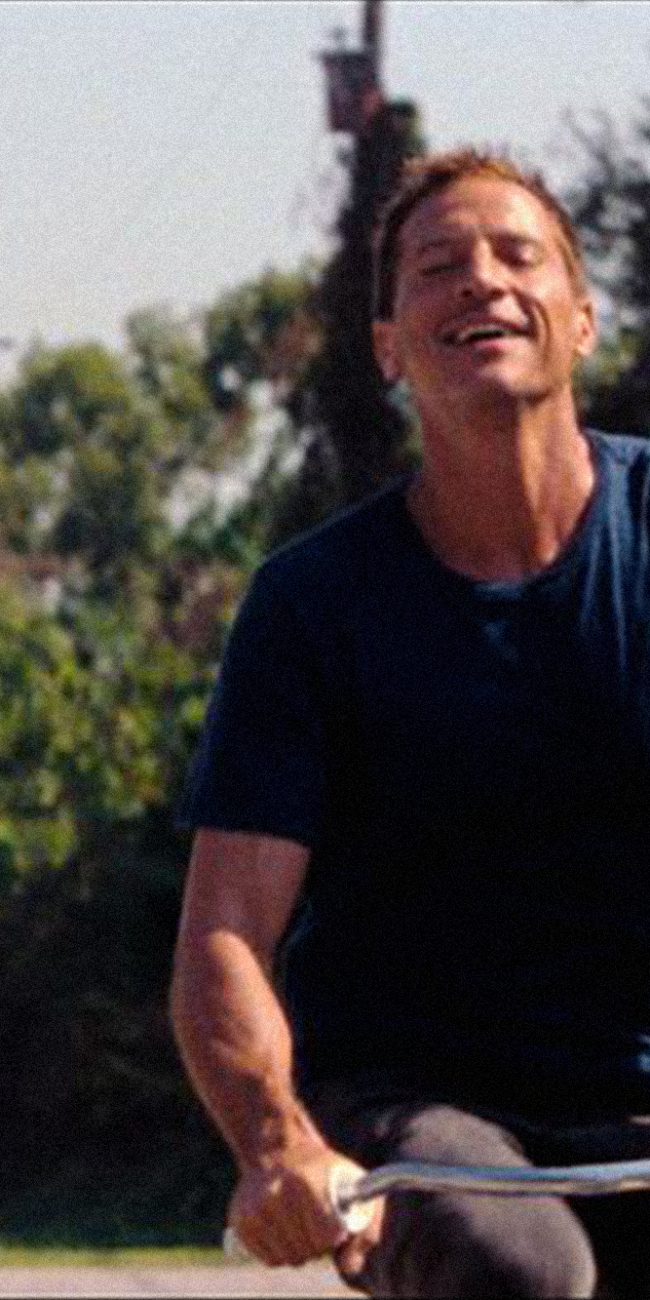