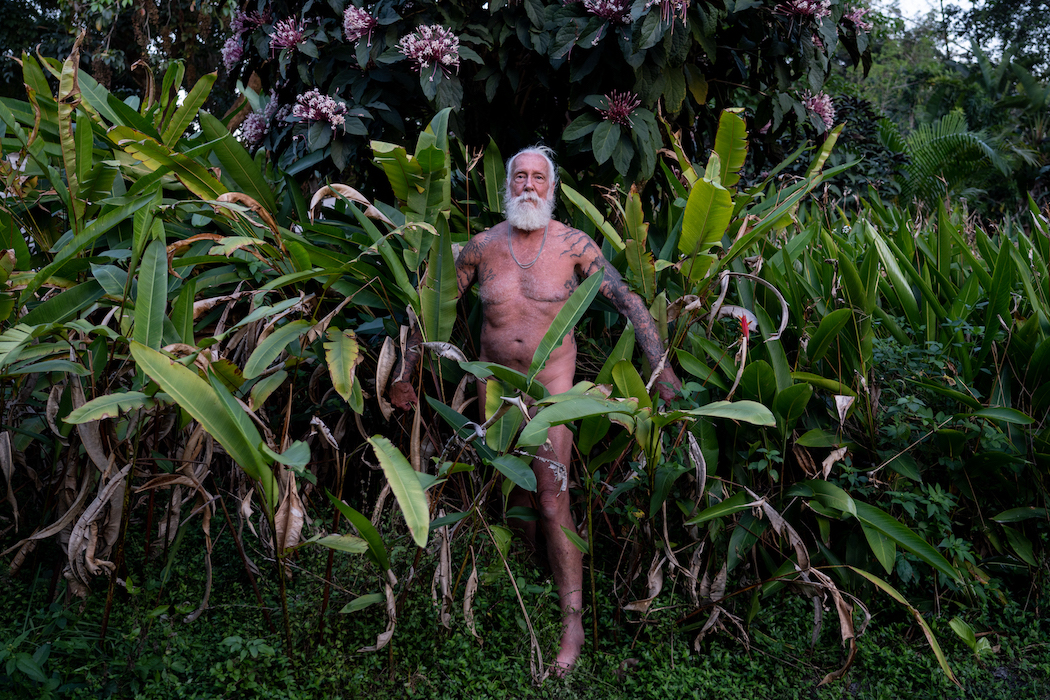 (The 2022 Tribeca Film Festival runs June 9-26 both online and in-person. Check out Chris Reed’s movie review for Naked Gardens. Seen it? Join the conversation with HtN on our Letterboxd Page.)

Nudity is not for everyone, but don’t let that stop the residents, short-term guests, and workers at Sunsport Gardens in Florida from rejoicing in a life free of clothes. Many of them prefer the term “naturist” (though I am still a little fuzzy on the difference and a Google search doesn’t help all that much). Whatever the nomenclature, they envision a resort where folks can walk around naked without fear of judgment. Even if that holds no appeal to you (and it certainly doesn’t for me), the new documentary Naked Gardens, from directors Patrick Bresnan and Ivete Lucas (Pahokee), provides a fascinating look at a niche community with nothing to hide. Enjoy the show.

“Every act of rebellion expresses a nostalgia for innocence and an appeal to the essence of being.” So wrote Albert Camus and so begins this movie. And yet rebellion is never mentioned. Instead, what the protagonists most often talk about is the feeling of freedom—particularly from oppression—that they experience as soon as they shed their garments. This being the “Sunshine State,” that is mostly possible, though they are not above donning cover when the weather dips below a certain temperature and when it rains. Some opt to wear shoes (especially if playing tennis or riding a bike), while others not (ouch, but I suppose one gets used to it). Whatever works.

Or not, as there is some debate about what to do with the people who take up abode but remain clothed. Why would anyone do that? It’s comparatively cheap to live there and safe. Nevertheless, a naturist resort is hardly special if not everyone partakes of the culture. On the other hand, a judgment-free zone means nothing if the administrators censure the ones who don’t follow guidelines. It’s a conundrum.

Mostly, though, it is an earthly paradise for the tenants, and we meet a great variety of them. There’s Morely, the elderly (but sill spry) owner and manager; Jeremy, Makayla and their young daughter Katie-Beth, who fled conservative Kentucky for what to them is a biblical Eden; Jamie, her husband Tree, and their toddler Jack, who came for the cheap digs and have adapted to their surroundings; DeeDee and her teen daughter Serenity, who similarly moved in not for the nakedness but the affordability and have made do with what they have; and many others. From all of them, we gain different perspectives on life at Sunsport.

Beyond the gentle observations of the everyday goings-on, Bresnan and Lucas follow the preparations for the upcoming Mid-Winter Naturist Festival, which brings in additional characters. Soon, the population temporarily surges, people traveling from afar for an annual event they cherish. From them, we hear more about what makes this lifestyle so dear.

The directors are careful to present the nudity as directly as possible, without any sense of exploitation, and avoid showing the bodies of minors from any angles where breasts or genitalia might be exposed (it helps that Serenity and her mother only rarely take their clothes off, and then not entirely). But given the subject matter and the joy on display, to not celebrate this loving, liberated society as they choose to be seen would be a travesty. Be who you are and embrace the joy.