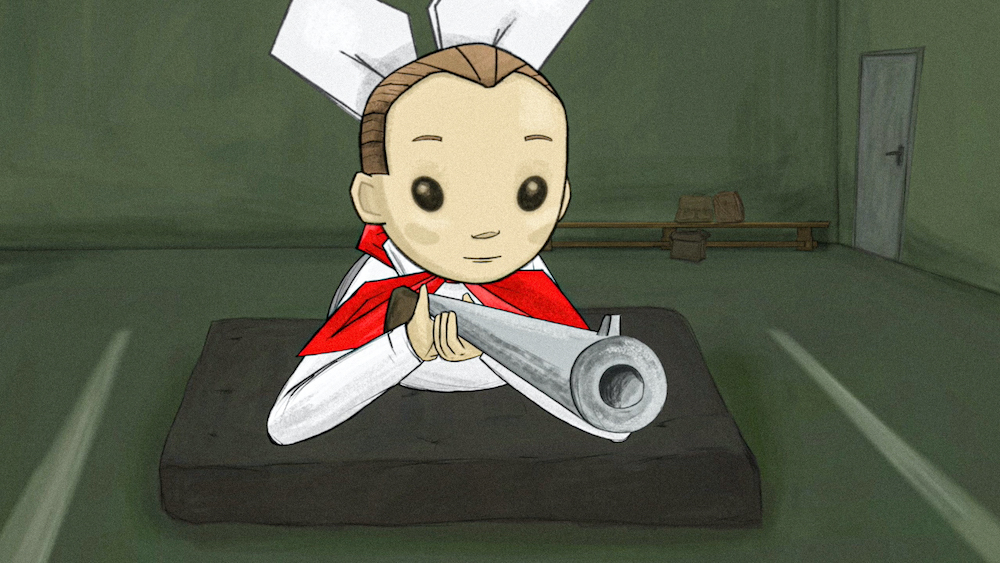 (Director Ilze Burkovska Jacobsen’s My Favorite War is available to rent now. Like what you see here on Hammer to Nail? Why not give just $1.00 per month via Patreon to help keep us going?)

Soviet diplomats and attachés who were fortunate enough to travel to the United States during the later stages of the Cold War had some of their most paradigm shifting experiences when they stepped into US supermarkets. The seemingly limitless options to choose from contrasted with the scarcity found in markets behind the Iron Curtain. It was as if American supermarkets offered them concrete proof of the failures of the economic and political systems back home. Director Ilze Burkovska Jacobsen (My Mother’s Farm) opens her documentary, My Favorite War, with an ironic commentary on growing up in Soviet controlled Latvia: “Truly happy are those that don’t have to make choices…All choices were made for me.”

Burkovska Jacobsen adds My Favorite War to a list of documentaries released in the last few years –Karl Marx City, Heimat Is a Space in Time –focused on growing up under communism. Burkovska Jacobsen uses animation to recount her family dynamic of living with a loving father who was a loyal member of the Soviet-aligned Communist Party, a talented grandfather labelled an “exploiter” of the state and at one time exiled to Siberia, and a mother forced to join the Communist Party in order to secure a job. Burkovska Jacobsen’s personal history, just like Latvia’s history, was caught in the crossfire of European conflict and the Cold War. Latvia suffered a Nazi occupation, followed by a Soviet military and political occupation, followed by fears of nuclear annihilation by either of the two superpowers in the Cold War. The title ironically alludes to Burkovska Jacobsen’s favorite war, WWII. For Latvia, WWII lasted far beyond Germany’s surrender. Latvia was handed like a baton from occupier to occupier – from the Nazis to the Soviets. As Burkovska Jacobsen sees it, WWII ended when the Soviet Union collapsed and the last Soviet military base in Latvia shut down.

The most poignant scene in the documentary comes when Burkovska Jacobsen’s grandfather asks her if she is a tomato (red on the inside and outside, in other words, a true believer in Soviet propaganda) or a radish (red on the outside but white on the inside, a performative “believer” that does not internalize the propaganda). Many who lived behind the Iron Curtain were fully aware of the corruption within the political class, the censorship, the elimination of “enemies of the people.” They knew they had to perform the rituals demanded by the Soviet-controlled party in order to keep their jobs, maintain friendships, avoid ostracism, survive. This created an absurdist kabuki theater in which, as the writer Alexei Yurchak chronicles in Everything Was Forever, Until It Was No More, large segments of the population performed these rituals knowing full well that they were merely performative. 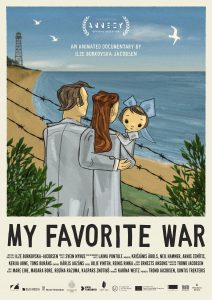 My Favorite War explores this rich material; but there are times in which the film fails the material. The voice acting is stiff and often delivered in the staccato of someone not used to dramatizing the written word. I wanted to ignore this defect; I really did. Unfortunately, it did distract my focus from Burkovska Jacobsen’s narrative. And it is precisely that narrative that feels a bit thin at the end of the film. Burkovska Jacobsen’s prescription for the maladies afflicting her nation and the world is to pursue humanity’s longing for love.  While love is necessary, it is certainly not the only element needed to combat and survive totalitarianism and injustice. Human dignity, courage, humor, and yes even rage, are a mere sampling of the elements that help people confront and fight unjust regimes.

My Favorite War captures the worst elements of life behind the Iron Curtain. Some attempted to escape beyond the Curtain into Western Europe, some attempted to escape through suicide. The Communist Party claimed to be the one and only party and that it was always going to be that way. It was going to be that way until it was no more. The Baltic States engaged in some of the most inspiring independence movements in the world.  Individuals created human chains across Estonia, Latvia, and Lithuania. Inspirational songs were sung, the dignity of individuals was proclaimed, and newly formed countries were welcomed into the world community. The people behind the Iron Curtain were aware that dark Stalker-like zones existed within their societies – zones of political corruption, off-limits military zones like Latvia’s Polygon. One hopes the people of the Baltic States will continue to explore these dark zones in their post-Soviet societies.