(Check out Ray Lobo’s review of Masking Threshold, in select theaters September 30th & Available on Digital October 7th via Drafthouse Films. Seen it? Join the conversation with HtN on our Letterboxd Page.)

Masking Threshold is the result of a bizarre alchemy. You take the isolation of Bo Burnham’s Inside—leaving out all the humor and music—add a good dose of ASMR, add a hint of Apichatpong Weerasethakul’s Memoria, include some contemporary social commentary, introduce a dash of Dostoyevsky, mix in a fair amount of paranoia and conspiracy theory; and you end up with a film that in theory sounds like it should be an awful mess, but is in fact the best horror film of 2022. One could even say that, irrespective of genre, director Johannes Grenzfurthner has given us one of the best films of 2022. This is exciting and bold filmmaking.

We never get to see the face of our protagonist. We glimpse close ups of his body—the corporeal protagonist is played by Grenzfurthner himself while the protagonist’s voice is that of Ethan Haslam. Grenzfurthner does not want to show the viewer a relatable face. In the hands of a lesser director, this move could potentially make our protagonist one-dimensional. But with Grenzfurthner at the directorial controls, any fear of one-dimensionality is soothed. Just like a good novel, we do not get a face, but we get a richly layered character constructed through narrative. We get to hear the protagonist’s thoughts and boy does he have a lot on his mind.

Our protagonist is a 2022 version of The Underground Man from Dostoyevsky’s novella Notes From Underground. Just like Dostoyevsky’s Underground Man, our protagonist is holed up in a grubby lair. Our protagonist spends all his time in a windowless workshop/makeshift lab in a rental property in Central Florida. Similar to the The Underground Man, our protagonist feels alienated from the rest of society and his job. He works in, as he puts it, “a bullshit IT job.” He is unable to relate to any of his coworkers. There is, however, one major difference between The Underground Man and our protagonist. While the Underground Man was very skeptical of science and master narratives resting on claims of empirical certainty, our protagonist is hyper-empirical. He fetishizes recording, cataloguing, the scientific method, falsifiability, Karl Popper’s views on science, measuring instruments, and technology. We quickly gather the reason why he reveres science. He believes rigorous scientific analysis can cure his ailment. Several years back our protagonist suffered from a sudden episode of tinnitus coupled with misophonia and sensory alterations. He is convinced that doctors have not been thorough enough in getting to the root of his auditory issues; so, he wants to recreate, under controlled conditions, the setting that led to this initial episode. He hypothesizes that different objects in close proximity to him change auditory patterns in the room which affects his tinnitus. One also gathers that his obsession with categorizing and cataloguing is a psychological defense mechanism which allows him to control his anxiety.

What makes Masking Threshold such a captivating watch is the protagonist’s transition from reasonable scientific inquiry to frenetic delusion. He develops the theory that living entities that witness death, including plants and even cells, alter the sound waves in the room which in turn cause his tinnitus. It is a gripping ride seeing a character slowly being engulfed by a maelstrom of paranoia, conspiracy theories, and mental illness. What puts Masking Threshold over the top is its social commentary. Our protagonist’s mental illness is exacerbated by America’s broken healthcare system and the trauma of the Pulse Nightclub shooting. Just like the auditory involves an interaction between the inner and outer—our senses receive and interpret stimuli from the outside world—our psyches shape and are shaped by the outside world. This point is made abundantly clear in Masking Threshold. As if the narrative qualities were not impressive enough, Grenzfurthner has also made a visually arresting film. The objects in the protagonist’s crammed room are shot up close. Close ups of animals, both dead and alive, are a mix of the morbid with the beautiful. And the attention to detail when it comes to sound, given its narrative importance in the film, is superb. In short, this is an indie film with visuals and sounds that are near flawless. Given the small budget most indie films have to work with, you normally see flaws, you see the stitching of the film, if you will. While that is what often lends indie film its charm, you do not see the stitching in Masking Threshold. It looks and sounds better than most films with a bigger budget.

The last ten minutes of Masking Threshold are quite intense. This is, let it not be forgotten, a film about a descent into madness. Squeamish viewers may be put off by the last ten minutes of the film. But this is not a film to be judged and condemned by the squeamish for its uncompromising vision. Grenzfurthner should be celebrated for what we ask of our filmmakers—boldness in attempting to move the medium of film forward. 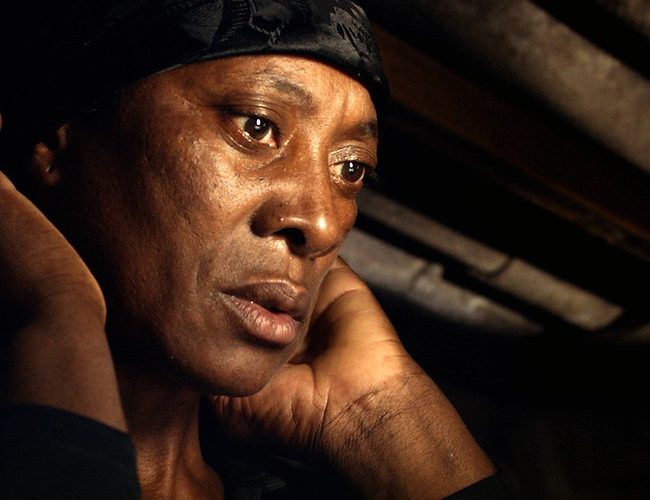