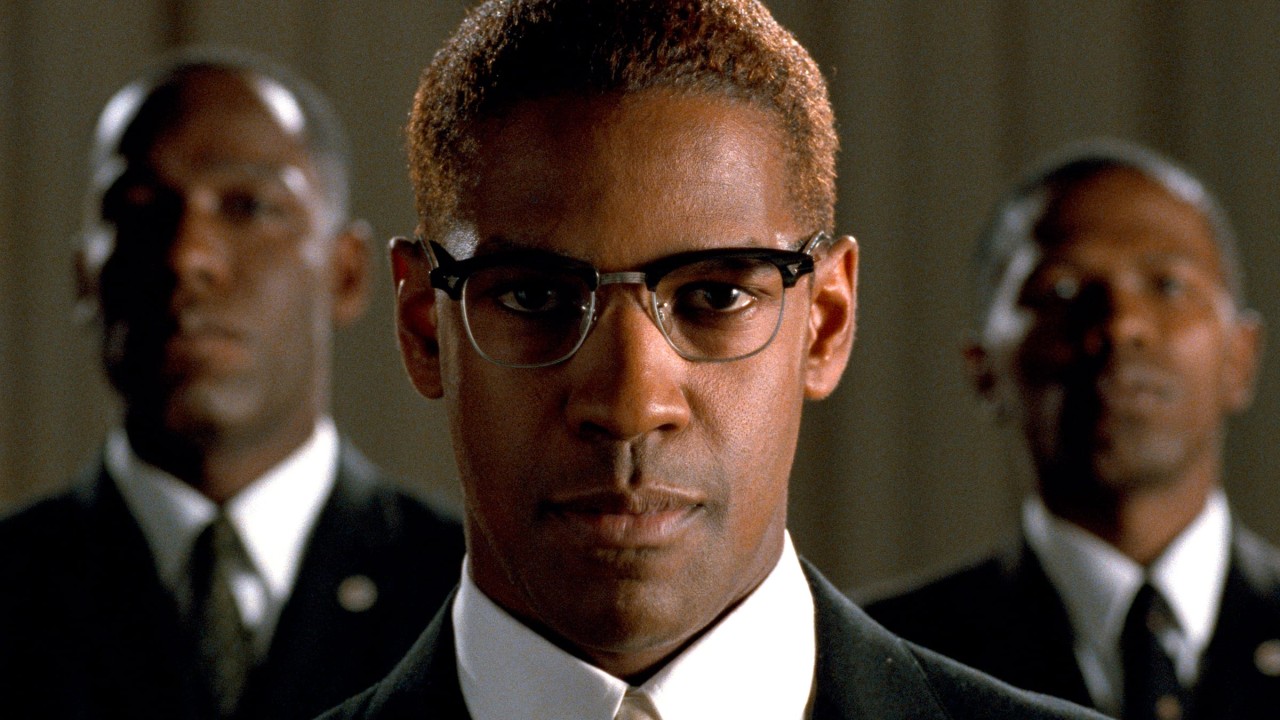 (Here at Hammer to Nail, we are all about true independent cinema. But we also have to tip our hat to the great films of yesteryear that continue to inspire filmmakers and cinephiles alike. This week, Brad Cook digs in on the Criterion 4k Blu-Ray release of Spike Lee’s prestigious  Malcolm X .)

Revisiting Spike Lee’s classic 1992 film Malcolm X seems apropos in light of the events in recent years. It’s depressing how little has changed in the decades since the late 1960s, especially when you consider Rodney King’s March 3, 1991 beating at the hands of the LA Police Department and the 1992 riots that broke out in response to the officers’ acquittal, which happened around the time of this film’s release.

I remember hearing a news talk DJ opining in the late 90s that if only we had footage of many of these events, we could all agree what really happened. The footage of King’s beating was a fluke at the time, but now nearly everyone carries a high-def video camera in their pockets, and yet even the most seemingly clear-cut events, like George Floyd’s murder, are still controversial. And there is still justifiable anger at how police officers handle many difficult encounters, especially with people of color.

I have nothing to offer here in the way of solutions, other than to bring Malcolm X to your attention, thanks to this new 4K UltraHD release courtesy of the Criterion Collection. The company commissioned a new 4K digital transfer that was supervised by cinematographer Ernest Dickerson, and it looks incredible. For most people, 4K is the pinnacle of home video, in terms of the ability to recreate a theatrical presentation, so if it’s definitely worth the upgrade if you’re one of those folks.

I won’t recite the plot, since you likely know the broad strokes, at the very least. It’s a film that wrestles with the emotions I have — and which I’m sure are shared by many people — around how to respond to grave injustices. There’s a temptation to fight fire with fire, as Malcolm X and other more militant members of the civil rights movement did in in the 60s, but there’s also merit to Martin Luther King’s decree of passive resistance, with the hope that most people are decent and they would be appalled by segregation.

Of course, being appalled doesn’t necessarily translate into taking action, and the most vehement racists are unapologetic lunatics incapable of feeling shame, so what did passive resistance achieve? But before you say I’m a proponent of meeting violence with violence, well, has war ever really succeeded in changing many minds? (Nazism still exists, for example.)

In the end, I’m a middle-class, middle-aged heterosexual white guy who experienced plenty of privilege in my life, so I don’t think my vote really counts here. The people struggling with oppression are the ones who should dictate where their movement goes, and I will do everything in my power to support them.

Okay, moving on to the extras found here, Criterion commissioned a couple new interviews and ported over a big batch of extras. This new edition features the movie on 4K UltraHD and Blu-ray platters with the only bonus feature on each disc a 2005 commentary track. The rest of the extras are housed on a second Blu-ray Disc.

The commentary features Spike Lee, cinematographer Ernest Dickerson, editor Barry Alexander Brown, and and costume designer Ruth E. Carter. They were all recorded separately in 2005, which allowed the chatter to focus completely on the movie and each person’s role in making it, rather than potentially devolving into the kind of idle banter that can kill group commentaries. It’s a solid track that’s worth the listen, if you haven’t heard it before.

The new extras include a 25-minute conversation with Lee, a 16-minute chat with actor Delroy Lindo, and an 18-minute discussion with composer Terence Blanchard. All three interviews spend some time on Malcolm X, but in the case of Blanchard, he also touches on his multiple collaborations with Lee, and Lee’s chat is with journalist and screenwriter Barry Michael Cooper, who has known the director for over 30 years and approaches the interview as if it’s a casual chat between two friends. Lindo spends a lot of time on his connections to Malcolm X’s story as well as his first meeting with Lee.

The extras that were ported over are quite in depth, starting with the 91-minute 1972 documentary Malcolm X, which is useful for understanding the mood in the United States seven years after the activist’s assassination.  There’s also a 30-minute making-of called By Any Means Necessary: The Making of Malcolm X, which dates back to 2005, along with 20 minutes of deleted scenes and a trailer. All of it is worthwhile for a look at how the film has been examined over the years.

Criterion also included their obligatory booklet, which this time runs 44 pages and includes essays by Lee, Cooper, and star Denzel Washington, along with a eulogy for Malcolm X written by actor and activist Ossie Davis, who delivered it at his funeral.