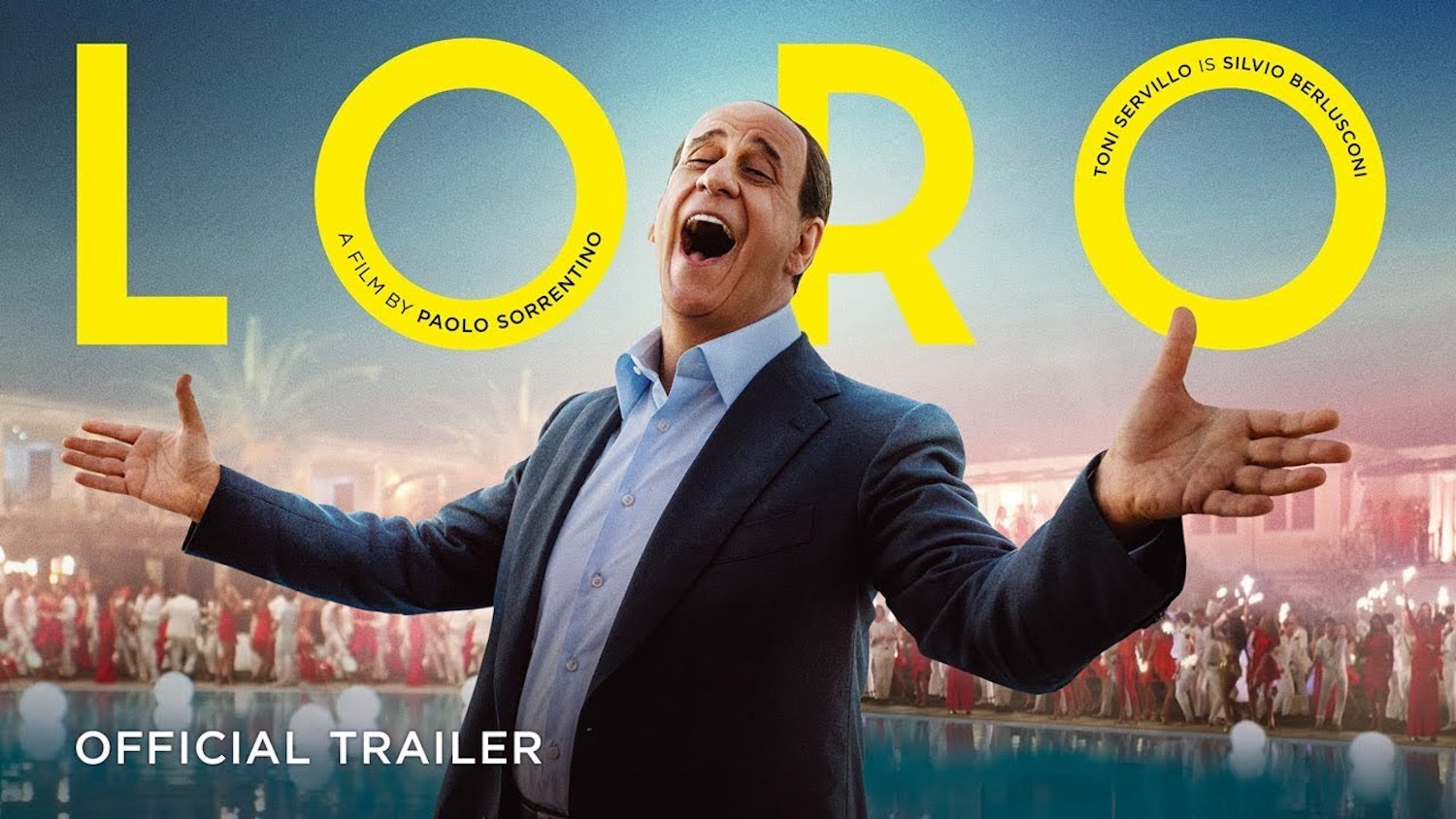 Loro, from Italian director Paolo Sorrentino (The Great Beauty), is what happens when you have your cake and eat it, too. A wild ride of a movie through the life and oh-so-good times of Silvio Berlusconi, Italy’s once and future (maybe?) prime minister (and media magnate), it recalls Martin Scorsese’s 2013 The Wolf of Wall Street in its cinematic glorification of excess in the name of condemning that excess. Filled with drugs, nudity (mostly of the female variety) and sex galore, Loro is made with such panache and visual wit that it (almost) comes across as hypocrisy when it tries to remind us that no, such things can lead to a bad end. The moral rot and corruption beneath the fantabulous glitz and glamour seem such a small price to pay. Party on, Silvio, as long as we can all join in the fun…and Sorrentino makes sure we can.

Do I have mixed feelings about the experience? Possibly. On the one hand, Sorrentino is really quite something, as at ease with the big sequences as he is with simple two-person dialogue scenes, always knowing exactly where to put the camera when and why. He jumps between characters and locations with effortless grace, switching emotional and aesthetic gears like the cinematic race-car driver that he is. His Berlusconi – played by frequent go-to leading man (and star of The Great Beauty), Tony Servillo – is deeply human in his boundless appetites and lack of shame, perhaps recalling another current world leader (and I’m not saying who) in love with his own reflection. So the lavish mise-en-scène and snappy editing completely works, in harmony with its subject, to create the portrait of a person without boundaries. Does it succeed beyond that, however? Do the gratuitous orgies do more than titillate? There’s the rub.

This is not a movie for those looking for a comprehensive biography of Berlusconi. We begin with the man already out of power (to rise again), living on his vast estate in Sardinia. In fact, we don’t even see him for quite some time, instead beginning the story in the company of would-be sycophants and hangers-on jockeying for a place at the power table. Chief among them is Sergio Morra – played by Tony Curtis look-alike Riccardo Scamarcio (Loose Cannons) – a small-time businessman looking to move up, who spends much of the first half of the story gathering beautiful women in a villa, also on Sardinia, to attract the attention of the great man nearby. His story becomes Sorrentino’s central metaphor of what can happen when we value the wrong qualities in our idols. They bask in our attention, but otherwise just don’t care.

There are women, too, and not solely for exploitation value (though that, too), and Sorrentino, when not undressing them, creates a few roles approaching some kind of dimensionality. There’s Veronica (Elena Sofia Ricci), Berlusconi’s estranged wife; Kira (Kasia Smutniak), a model/mistress who acts as liaison between Berlusconi and the eager Morra; and Tamara (Euridice Axen), Morra’s main companion who helps him find beauties for his parties. It’s the men’s story, for sure, but Ricci’s Veronica, especially, offers some actual substantive pushback to the raging male ego and libido that otherwise predominate.

“Loro” in Italian means “them,” and depending on whose point of view we adopt, that could refer either to the rich elite or to the masses yearning to be rich like “them” (it also functions as a play on the word “l’oro,” which means “gold”). Originally released in Italy in two parts – Loro 1 and Loro 2, clocking in at almost 205 minutes – the film has now been condensed to about 150 by Sorrentino for its American debut. I have only seen the latter version, and whether this helps or hurts the story I cannot guess, but what remains is still compelling, despite the movie’s conflicted messaging. Then again, such incongruities are no doubt the point: as disgusted (or as turned on) as we might be, we can’t look away. Is that not the world we live in today? Maybe Sorrentino has, in fact, made the perfect movie for our time.