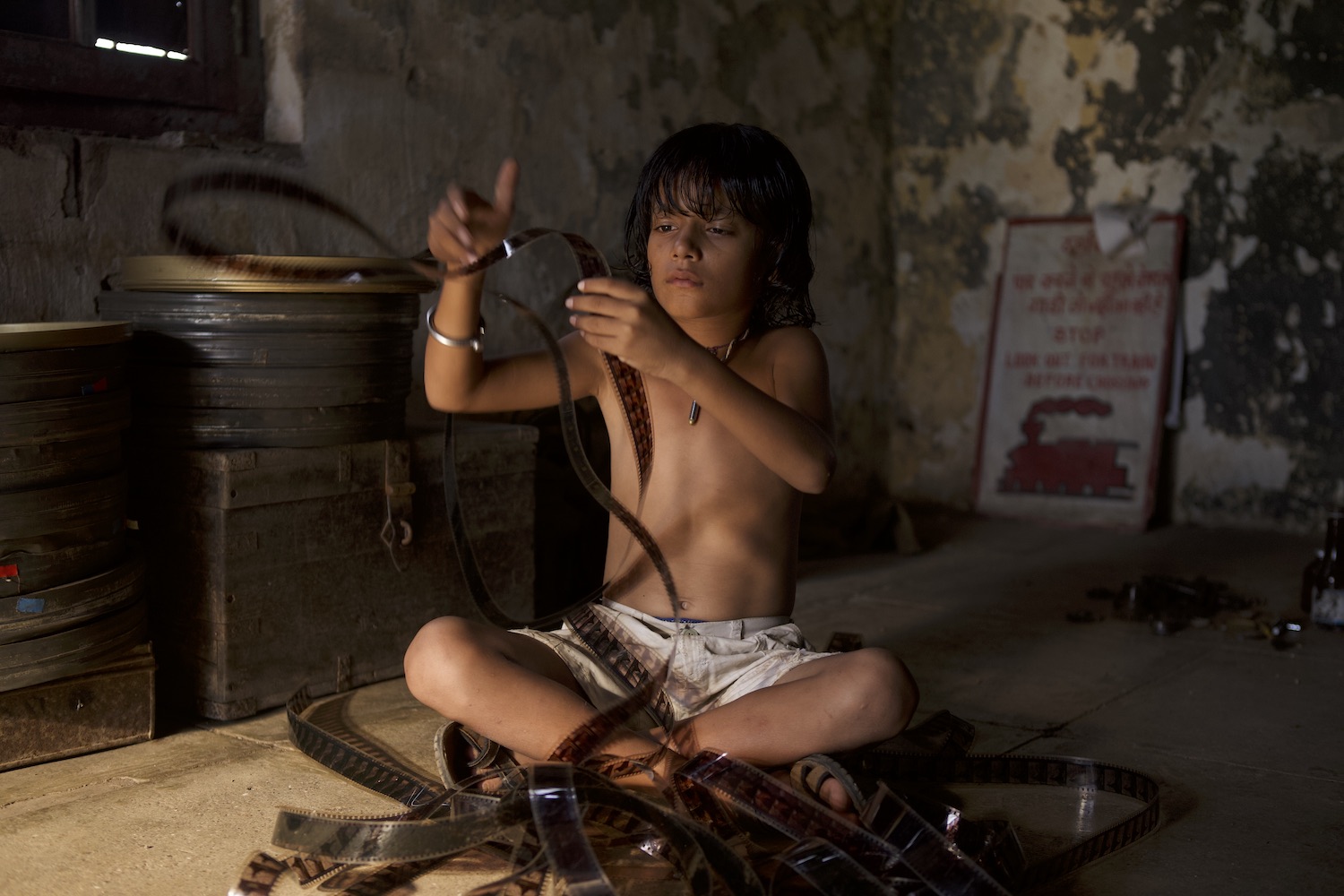 Indian director Pan Nalin (Angry Indian Goddesses) wastes no time, in his latest film, Last Film Show, establishing not only his love of movies but how nostalgia for his early influences may color what is about to come. In an opening title card, he expresses gratitude to the Lumières, Muybridge, Lean, Kubrick and Tarkovsky, names that will resonate with cinephiles, if not with everyone else. The title also harks back to Peter Bogdanovich’s 1971 The Last Picture Show, itself an homage to an earlier time. We are, in short, in the land of cinema, where anything can happen.

Though not, it seems, for young Samay (Bhavin Rabari), the nine-year-old protagonist of the story. His family, though Brahmin (a respected caste), is poor, and also very devout. Movies are sinful, and to be avoided. Except, that is, when a religious film plays nearby, an event that leads Samay’s father to bring them all – mother, sister, Samay and he – into town for the screening. This fateful excursion has the unintended consequence of turning our hero into a fan of the medium, so fascinated is he by the moving image, its relationship to light, and how it is projected on a screen.

And so he successfully wins the affection of the theater’s projectionist (courtesy of his mom’s cooking), thereafter learning enough of the mechanics of the process to try things on his own. Unfortunately, without means (dad is but a seller of tea at the local train station), he is forced to improvise, which in this case means steal the materials he needs. Fortunately, he has help, in the form of his friends, all equally game to watch films in their makeshift movie palace.

All the while exploring Samay’s growing passion, Nalin simultaneously examines the quotidian details of life in this mostly rural community in Gujarat. The time is the start of the last decade, especially memorable to lovers of film prints because it is when theaters and distributors abandoned 35mm in favor of digital projection. Indeed, this period of transition becomes a major plot point in the narrative’s final third. Samay has come to worship celluloid just as it is about to vanish.

The ensemble shines, as does the mise-en-scène, filled with references to other works. There are the obvious parallels to Giuseppe Tornatore’s Oscar-winning Cinema Paradiso, but also allusions to Andrei’s Tarkovsky’s Stalker (via a recreation of its railcar sequence), Satyajit Ray’s Pather Panchali and more. A coming-of-age tale and love poem to the seventh art, Last Film Show proves a worthy descendant of those Nalin admires. Let the screening begin.