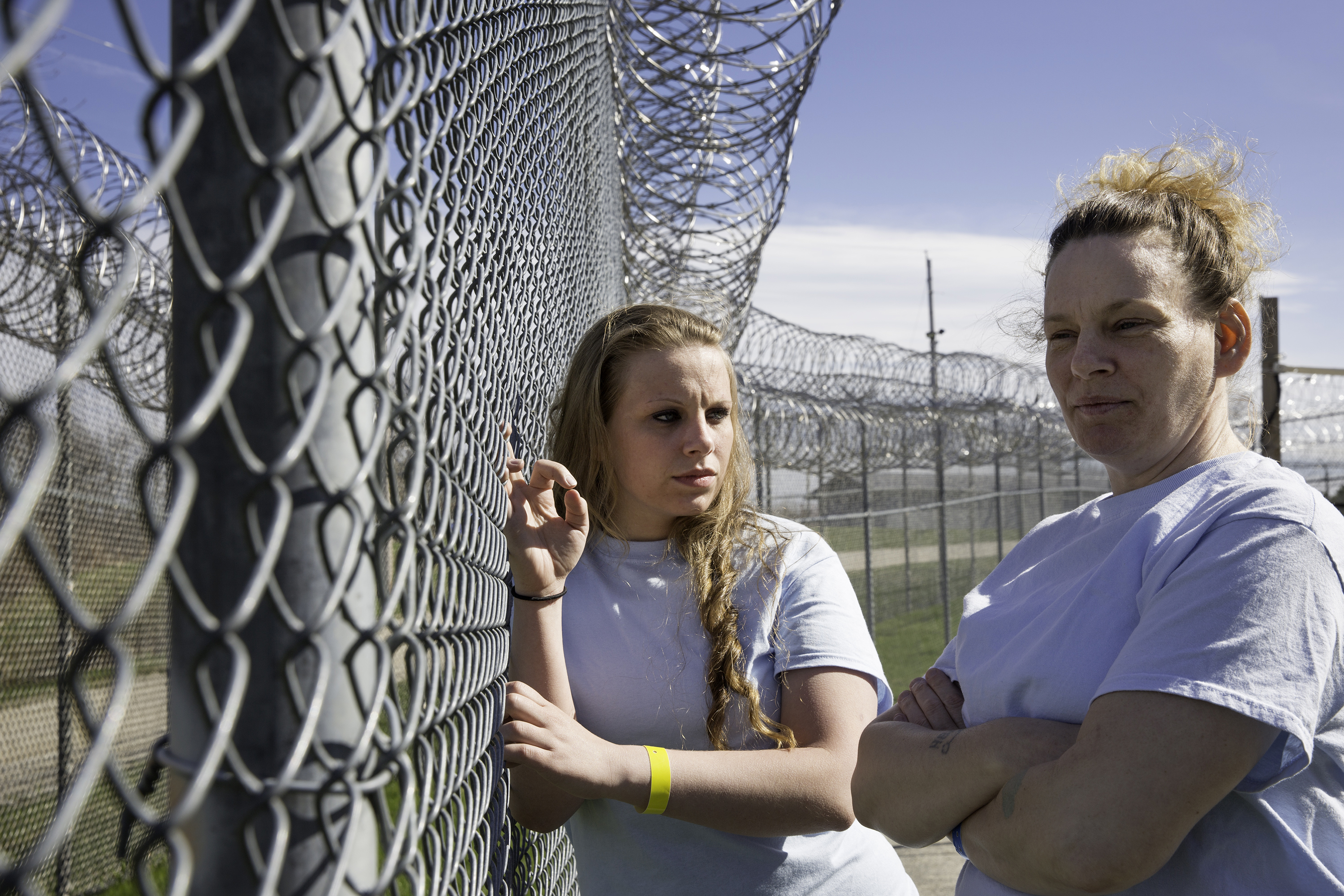 Jacinta is 26 when we meet her. In prison for what to us, at first, are unspecified charges (but which we will later learn are somehow drug-related), she is soon to get out, as this time her term is but 9 months long. She was first incarcerated at 15, and has spent the entirety of this sentence in close proximity to her mother, Rosemary. They are both housed at the Maine Correctional Center, near Portland, though the guards have sanctioned them for spending too much time together, since they are not the best of influences the one on the other. Particularly from mother to daughter, as we will soon learn in this bleak, raw, heartbreaking documentary, entitled simply Jacinta. From director Jessica Earnshaw (making her feature debut), the movie follows the tragic trajectory of the titular protagonist from happy, sweet teenager to drug addict and petty (and sometimes not so petty) criminal. It’s hard to watch, but also hard to look away.

The film is a marvel of embedded access that astounds the longer it lasts. Though it is impressive enough to find ourselves side by side with inmates in the opening scenes in jail, it is even more so to be at home or in the car with Jacinta as she starts shooting up again, alone and with others. If needles entering arms is a deal-breaker for you (as it almost is for this reviewer), then Jacinta will almost certainly not be your cup of cinematic tea, especially since a traditional happy ending appears increasingly unlikely as the movie progresses. And yet there remains the hope that something might change for the better and that lessons may be learned, even as it becomes ever clearer that Jacinta, like all active users who eschew the help of support groups, will continue to make the wrong choices. Better than any scripted fictional treatment of the scourge of addiction, the documentary demonstrates the perils of dependency and what not to do to recover.

The drama is continuously engaging, even if we feel like ogling voyeurs. This holds never truer than when we meet Jacinta’s tween daughter Caylinn who, thankfully, has a stable home with her paternal grandparents (dad is also in jail). She is as her mother must once have been, before she fell under the unfortunate influence of Rosemary, who brought her into the destructive vortex of her own addiction and, horribly (as we discover), much worse. Caylinn misses her mother terribly, and is saddened when, yet again, Jacinta’s promises to remain clean are broken. Much as Jacinta can never stop loving Rosemary, who effectively ruined her life, so too can Caylinn never give up on Jacinta. From generation to generation, the same dispiriting consequences repeat themselves. Perhaps with Caylinn they will end. We can hope.

Jacinta becomes, by its conclusion, which holds some suggestion of improvement, a meditation on the unbreakable bonds, for better and for worse, between mothers and daughters. There are men present, including Jacinta’s father and two brothers, all of whom are active participants in the story, but it’s the way women suffer and heal (or not) that forms the backbone of the narrative. Always gripping, as much for the intense intimacy of its cinematography (by Earnshaw, as well) as for the swirling tornado of a life we witness, Jacinta may offer a discomforting journey into the worst kind of nightmare, yet reminds us that, sometimes, however impossible it may seem, dawn may nevertheless eventually break. Will it last? Maybe, maybe not, but at least the sun rises on a new day.