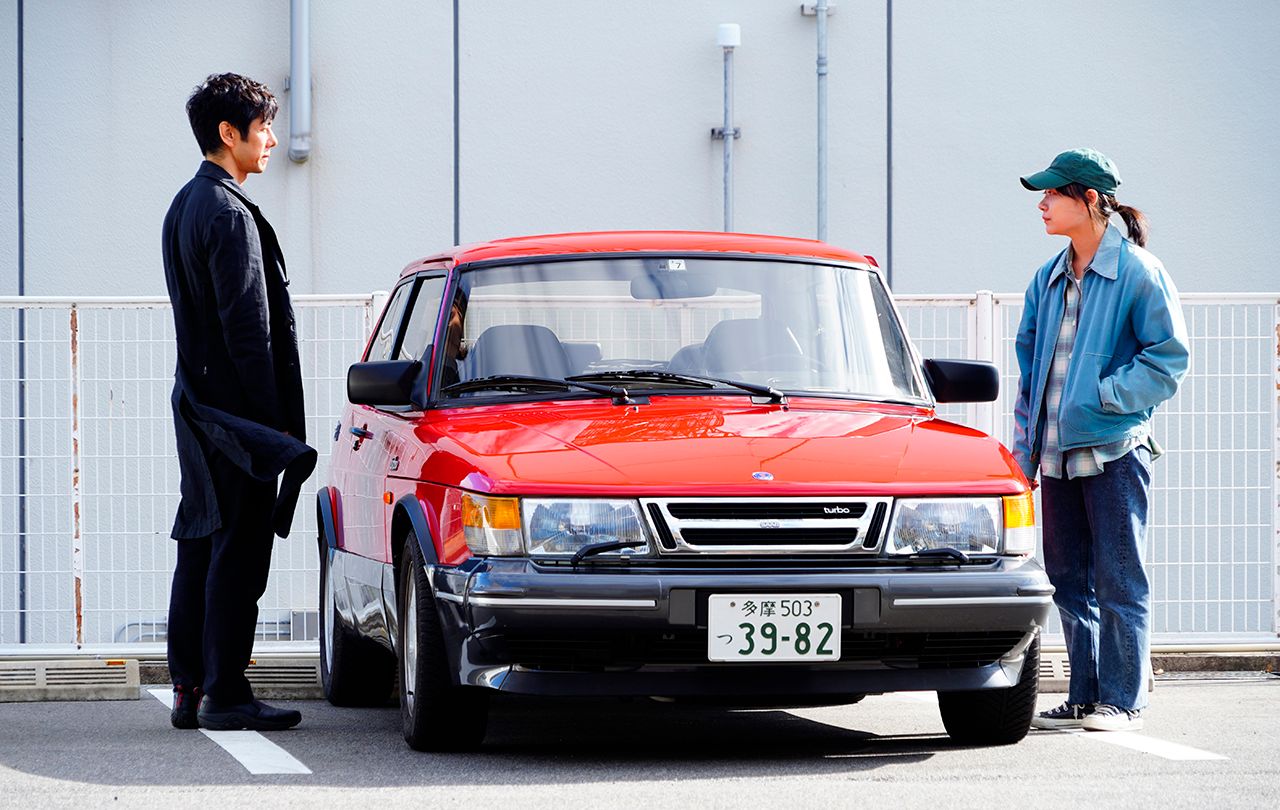 (The 2021 New York Film Festival (or NYFF) is in its 59th iteration and runs September 24-October 10. Here, Matt Delman gives a film review of Drive My Car, the latest film from Ryusuke Hamaguchi. Like what you see here on Hammer to Nail? Why not give just $1.00 per month via Patreon to help keep us going?)

A slow burn drama, Drive My Car is sexy and sad and more than a little profound. Prolific director Ryusuke Hamaguchi (Asako I&II) adapts a Haruki Murakami short story into a 3-hour epic, with as much success as Lee Chang-Dong’s Burning (2018). The fires in Drive My Car are more internal, though no less ravaging. It is a film about making love and making theater. It stars a two-door red Saab that’s, “held up nicely over fifteen years,” which is more than can be said for our male protagonist who drives it, Yusuke Kafuku (Hidetoshi Nishijima). When he’s forced into the backseat by a work-mandated driver who happens to be female, they discover much about each other and themselves. But the central drama revolves around a love triangle between middle-aged theater director Kafuku, his wife Oto (Reika Kirishima), and a young, handsome up-and-coming star named Takatsuki (Masaki Okada).

Drive My Car begins with a long prologue that could be a film unto itself. When the opening credits finally roll forty-five minutes in, we’re already emotionally enraptured, and the story is just getting started. Takatsuki was cast by Oto in a television show, and now he seeks out a part in Kafuku’s stage production of the Chekhov play Uncle Vanya. Their strange relationship is heightened when Takatsuki tells Kafuku at a bar that he was in love with his wife. Nothing pierces the tension more than a scene of Takatsuki’s audition with a young woman in which he gets aggressive towards her, and Kafuku suddenly jolts up to defend her, before the veneer of acting is broken. He clearly sees something more, as does the audience, as there was an audible gasp from the crowd in our theater.

The 179 minutes are filled with a few intertwining storylines, most notably the driver Misaki (Toko Miura) assigned to chauffeur Kafuku back and forth from rehearsal. At first Kafuku is reluctant to hand over his beloved Saab to another driver, but his sponsors insist, and eventually he and the young driver form a bond. It is more of a father-daughter dynamic than anything romantic. Each ride, she asks if he wants to play the cassette tape, which is how he practices his lines. Adding another layer of complexity, the cassette is read by Oto, her ghostly voice echoing throughout the car rides.

Other small miracles abound, and it’s no wonder that the film flies by because you are so wrapped up in the poetry of it all. Hidetoshi Shinomiya’s cinematography takes us through tunnels and torment with equanimity. From the first shot of the film, of a woman sitting up in bed, silhouetted against the skyline at dawn, we are sucked into a spellbinding world of Murakami/Hamaguchi mystery. If you can commit to the slow pacing, you’ll easily get lost in the languid imagery and lyrical dialogue. Drive My Car fires on many cylinders; there’s Korean sign language, Eiko Ishibashi’s brooding score, and multiple climaxes. For those willing to take the drive—and we’re talking about the scenic route — it can be a life-altering journey.