Fb. In. Tw. Be.
Coming of Age
Drama
Foreign
Latest Reviews
On DVD

(Zero Bridge was produced by Artists Public Domain and is now available on DVD through Lorber Films. It was distributed theatrically in the United States by The Film Desk and opened at the Film Forum on Wednesday, February 16, 2010. Visit the film’s official website to learn more.)

Artisanal filmmakers are usually content living inside a small corner of the avant-garde tent or devoting themselves to making essayistic work, like that of mid-‘70s Godard or present day Agnes Varda. Few are able to do it while telling a gripping story with the grace that Tariq Tapa’s rough-hewn but self-assured feature debut Zero Bridge reveals. The first narrative film shot in the Kashimiri language, Zero Bridge was essentially a one-man production show: Mr. Tapa, wrote, directed, shot, recorded the sound, co-edited; I suspect he may have cooked some meals. This, on its own, is no reason to sing the film’s praises. Its moving if familiar story, set in an altogether unfamiliar milieu, is. In its fairly rigorous adherence to the neo-realist playbook, Zero Bridge doesn’t break many aesthetic boundaries. Yet for Mr. Tapa to find craft such a delicate, verisimilitude driven film that resonates well beyond the scope of its characters’ ambitions and desires, with few tools and a cast of often exceptional non-actors, is very impressive. 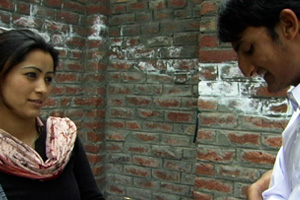 Zero Bridge is about a brief life in crime, but it evolves into an altogether bracing critique of a certain type of stunted social system and worldview. Mohamad Emran Tapa, the filmmaker’s relative, plays Dilawar, a young, orphaned pickpocket who lives with his a exploitative, hard-ass uncle (Ali Mohammad Dar) and desires for a broader life beyond the borders his hometown of Srinagar, Kashimir. He steals the purse of Bani (Taniya Khan), an attractive, slightly older woman who has been studying in the United States and temporarily works at a local office. Without the passport that was in the purse, Bani cannot return to the United States, something Dilawar learns after he subsequently meets and strikes up a friendship with her.

Young, desperate thieves have long been a favorite of filmmakers interested in making arty thrillers, but the twists of fate that befall Dilawar, just like the ever present armed police on the bridge referred to by the title, prove to be an indictment of an entire system of repression, as well as the poverty and lack of opportunity that reinforce it. Despite his lack of resources, Tapa uses framing and camera movement to effectively suggest the varying emotional states of his two trapped young Kashimiris, but his maturity as a filmmaker is most evident in his ability to suggest, without stock footage or preachy dialogue, the myriad ways that this equally trapped society, torn between its bigger, fiercer Indian and Pakistani neighbors, is undergoing the same unfortunate but unavoidable trajectory as these characters, friendless and out of options. 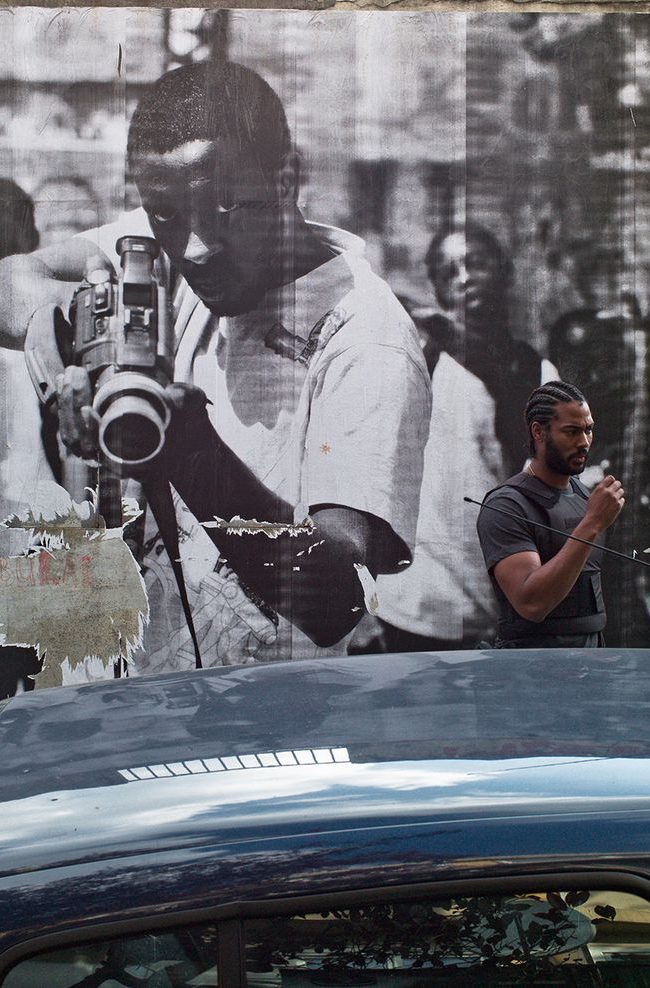