SALT OF THIS SEA

(Salt of This Sea opens in New York City on Friday, August 13, 2010, at the Quad Cinema. Visit the film’s official website to learn more.)

Annemarie Jacir’s Salt of This Sea, which screened in Cannes’ Un Certain Regard a couple of years ago and opens in Manhattan today, is an earnest, handsomely lensed protest movie, an angry and humorless slice of oppression. It centers on a beautiful Palestinian-American who travels to the West Bank with the desire to settle there and reclaim her grandfather’s money, which the British-Palestinian Bank has withheld since he was expelled from his home in Jaffa by the Israelis in 1948. The bank, which no longer recognizes the account, refuses to give her the money, an amount which totals somewhere in the neighborhood of $15,000 US dollars. Soraya, played with great intensity by Suheir Hammad, plots to rob the bank with the help of Emad, a naturalized Palestinian who, unlike his inevitable love interest, only wants to leave the region for a better life in North America. They flee to Israel after successfully robbing the bank, but face constant harassment and fear as they travel toward their respective families’ original hometowns of Jaffa and Dawayima. 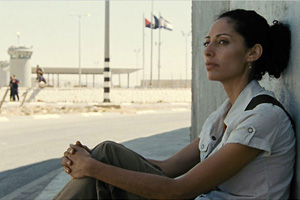 Why has this luminous young American woman left the relative comfort of life in Brooklyn (well, so we assume—she certainly looks like Park Slope material) to become a criminal in the Middle East? She certainly never articulates or reveals experiences or ideas from her previous life that make this leap into identity politics and dangerous if perhaps justified theft easily digestible. Perhaps that’s to the film’s credit, as Jacir isn’t interested in expositing Soraya’s personal motives, other than placing her desire to become truly Palestinian within political and historical machinations. However, the movie never refrains from offering us another example of Israeli contempt, paranoia or arrogance, never misses a chance to reference the economic and militaristic dominance wielded over the Palestinians. It is, after all, a fact hidden in plain sight from much of the Western world. Yet once Soraya returns to her family’s seaside home, now occupied by a complacent and attractive Israeli woman who puts her up for a night but refuses to sell her the home back, Soraya practically sounds like Netanyahu refusing to discuss peace with Abbas until the Palestinian Authority officially “recognizes” Israel’s Jewish “character”. “I get to decide if you stay. These windows, these walls, they were all stolen. They are all mine!” she yells at the befuddled Israeli woman, who of course isn’t interested in recapitulating the reasons that she gets to live here (i.e., the guilt of Europe) and Soraya’s argument is for naught. Reconciliation is never an option in Salt of the Sea, and perhaps that’s just the world we find ourselves inhabiting. Still, in the larger mini-genre of Palestinian protest movies that has sprung up over the past few years, not unlike black American protest films of the early ‘70s, considering the possibility of the oppressor’s humanity is also off limits.

James Baldwin, in his famous essay “Everybody’s Protest Novel”, which attempts to reveal the limitations of the protest genre in American literature, from Harriet Beecher Stowe to Richard Wright, offers some insight into this type of project when he says:

It must be remembered that the oppressed and the oppressor are bound together within the same society; they accept the same criteria, they share the same beliefs, they both alike depend of the same reality. Within the cage it is romantic, more, meaningless, to speak of a “new” society as the desire of the oppressed, for that shivering dependence on the props of reality which he shares with the Herrenvolk makes a truly “new” society impossible to conceive… To flee or not, to move or not, it is all the same; his doom is written on his forehead, it is carried in his heart.

Perhaps this is why the two-state solution, referenced as an endorsement in a conversation early in the film, isn’t something Soraya feels much affinity for or any desire to work towards. The solemn fact of a project like this, which is badly needed given the rampant misinformation about this particular conflict in Western media, is that such devotion to empty archetypes and one note characterizations, however effectively rendered, creates a vacuum around the emotional lives of the characters that sucks out everything but the anger of the oppressed, which in turn becomes a self-fulfilling prophesy. That the film fails to provide an Israeli counterpoint besides the banality of evil (and in this case, the ability for the formerly oppressed to take up the mantle of the oppressor) is unfortunate; it would have made up for the imposed humorlessness and prodded the audience to open dialogue as opposed to the feelings of retrenchment and/or shame that Hebrew audiences, in the Middle East and the West, are likely to experience after watching Jacir’s promising, if at times problematic, debut. 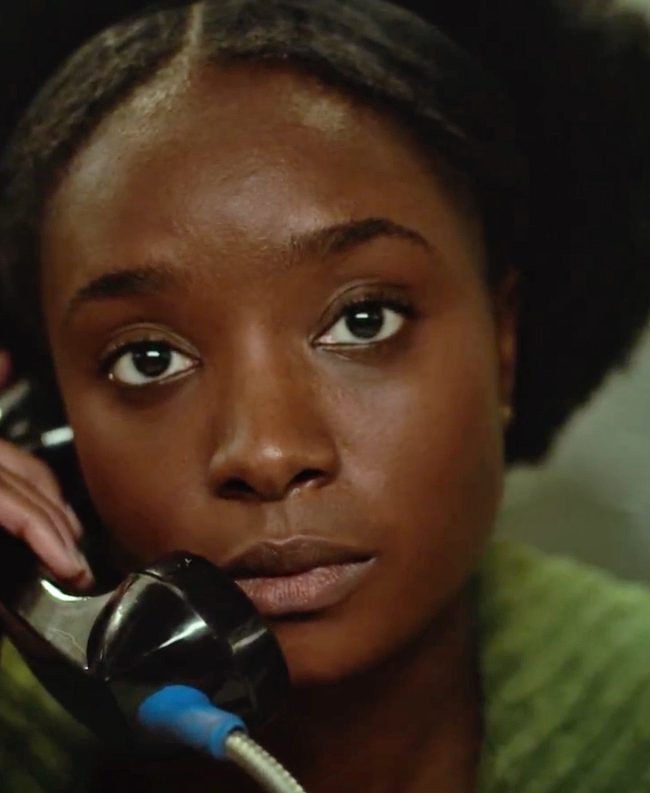