GUY AND MADELINE ON A PARK BENCH

(Guy And Madeline On A Park Bench was picked up for distribution by Variance Films and is now available on DVD through Cinema Guild. It opened theatrically in New York City at Cinema Village on Friday, November 5, 2010. Visit the film’s official website to watch the trailer and find out future theatrical release dates and towns.)

If you live in Gotham for indie movies, listen up. There’s a movie you need to see. Criticism shouldn’t be confused with advocacy, but sometimes—especially here at HTN—it damn well better be. It’s a tough world out here. I know it’s hard. Mediocrity is rampant. Sometimes, it’s hard to know why you started. If you eat and breathe these little movies, surviving without the creature comforts of the leisure class, the subterfuge and deceit and class privilege glimpsed everywhere in American life even more prevalent in your little realm, it’s very possible that with enough time on this beat you start to see a never-ending blur of angsty, bored rich boys and girls, bad synthesized keyboard scores and empty relationship talk. But just when you start to hate what “independent” film has become (better to re-brand it “trustfunded” film), something like Guy and Madeline On A Park Bench comes along. Sneakily ambitious, nearly without narrative, unable to contain its joie de vivre, old school/aware of its influences and yet unlike anything you’ve ever seen before, this is the type of picture that can give you faith in the creative vision of privileged twenty-somethings yet again. 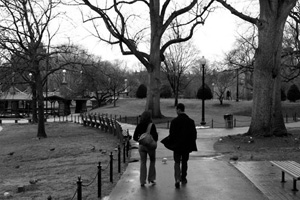 Harvard grad Damien Chazelle’s debut has no need for exposition or forced accessibility, and yet it’s not esoteric in the slightest. It’s meant to pass over you like a calm spring day in the park, with a few jokes, some sterling almost-but-not-quite-bitter observations, and more than a fair share of fun. While obviously a throwback (you won’t be able to help thinking of Breathless, Bing Crosby and early Cassavetes), one hopes it’s a harbinger of things to come, a bebop tinged DIY mumblemusical that, despite its New Wave-esque 16mm B&W aesthetic, is very much a movie of this time and moment. It concerns a relatively young, black and talented trumpet player named Guy and his would-be—perhaps still—lover, a white grad student named Madeline (the oddly alluring Desiree Garcia). Defying easy characterization at every turn, we don’t learn much about our two leads’ goals and desires and backgrounds, but we witness a series of moments, impressions and dazzling musical numbers that let us know exactly how they feel.

Played by real life Boston jazz scene leading light Jason Palmer, Guy engages in a series of pseudo-romances, bemoans the marginality of the relatively esoteric Jazz he plays, and does a lot of hanging out. Do he and Madeline break up in the film’s opening credit sequence or is this when they first meet? Narrative is sparse and conclusions always ambiguous in Mr. Chazelle’s charming, tightly framed film, one which is always cuing up an off-the-cuff musical number, even if they were all recorded by the Bratislava Symphony Orchestra. Guy and Madeline spend most of the movie in the company of others—Guy takes up with a pushy girl named Elena, who pronounces herself Guy’s girlfriend at some unarticulated point, while Madeline considers moving to New York, where she has an older, persistent suitor. Never less than bubbling with energy and just short enough to allow its paper-thin conceit not to feel overlong, it is, like its recurrent musical number “I Left My Heart in Cincinnati,” a delightfully whimsical experience.

After bowing at 2009′s Tribeca Film Festival, Guy and Madeline on a Park Bench played at AFI Fest and the Viennale before earning a nomination from the editors of Filmmaker Magazine for the Best Film Not Playing at a Theater Near You at last year’s Gotham Awards. It was the best among the field of nominees that actually had a shot at winning, but, well, as the past week has proven, politics and truth rarely sing the same tune. Regardless, the film reveals a major directorial talent in the making. 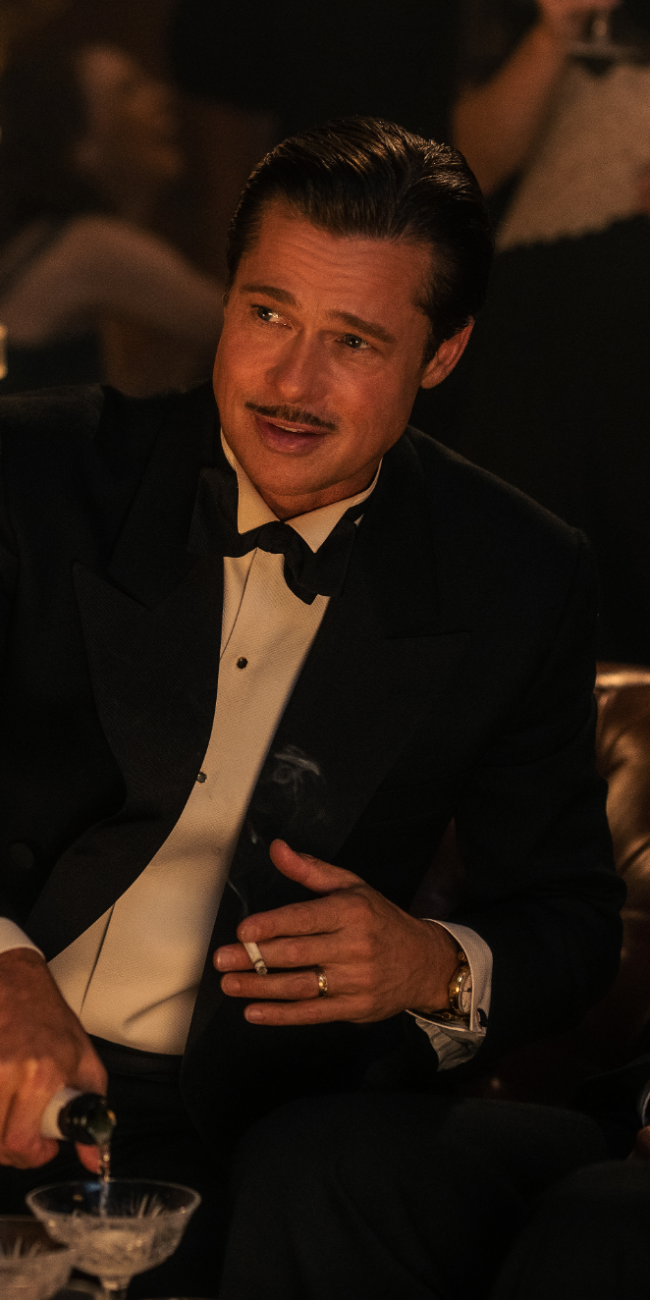