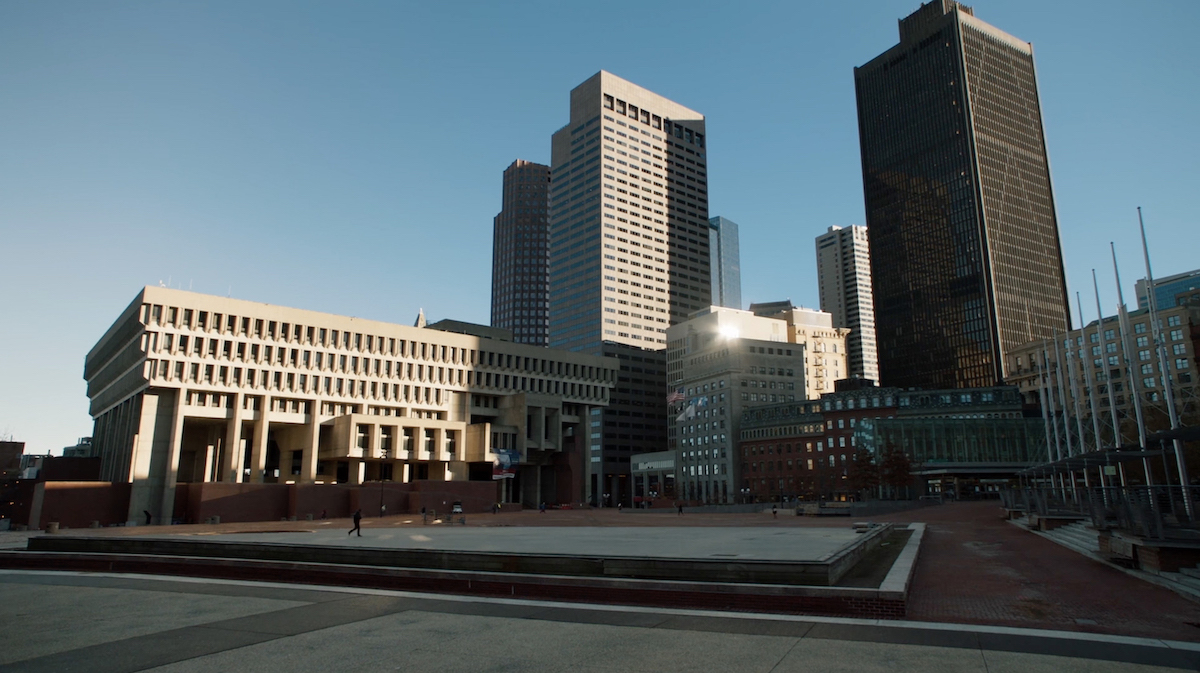 (91 year old documentarian Frederick Wiseman is still at it! His latest film, City Hall drops on Mubi Friday, June 11. Like what you see here on Hammer to Nail? Why not pay just $1.00 per month via Patreon to help keep us going?)

Born in 1930, documentarian Frederick Wiseman (Ex Libris: New York Public Library) has long been a titan of the observational school of filmmaking, his movies made without voiceover narration or talking-head interviews. Through careful editing, he constructs meaning via juxtaposition of intimately filmed scenes, his fly-on-the-wall camera capturing subjects at their most natural. Though his first movie, the 1967 Titicut Follies, was but 90 minutes long, many of his later films have ranged from 3 hours (Central Park) to almost 6 (Near Death), taking whatever time Wiseman deems they should. His last film (so far), the 2020 City Hall, about the administration of then-Boston Mayor Marty Walsh (now the United States Secretary of Labor), is a mere 4 hours and 34 minutes. Yes, that’s a lot to watch, but in this era of documentary series, perhaps not so much.

In fact, I wish I had been able to watch this in one sitting, just to allow the full impact of the footage to wash over me. Instead, I created my own “episodes” of approximately 90 minutes each. While some scenes deliver more information than others, it’s their sum total that creates the monumental scale of the piece. Whatever one’s political leanings (unless one believes in no government at all), the spectacle of public servants at work proves profound, the hard labor of daily management a Herculean task of truly epic proportions. In the finished movie, Wiseman (a Boston native) layers each moment on top of the preceding one, drawing connections, throughout, that show what dedicated politicians and their agents can accomplish when motivated by their calling.

Though Mayor Walsh features prominently, he is by no means the only figure here. We join his team in the fall of 2018, just around the time of the Red Sox World Series win. From an opening cabinet meeting to a lower-level budget meeting to a lesbian wedding officiated at City Hall, we quickly get a sense that Walsh, a Democrat in his fifth year in office, has made social justice and racial, gender and sexual-identity equity a key priority of his tenure. For the next four hours plus, we will observe how both he and top lieutenants are doing their best to rectify the problems created by centuries of systemic racism and general inequality. As we travel through the city, neighborhood to neighborhood, we gain a sense of what those issues are and how his constituents feel about their present and future.

We also witness the far more ordinary operations of any large city anywhere. The police maintain order and investigate crime, transit officers run the buses and subways, the fire department does its thing, pest control tracks rats, veterans groups celebrate those who have served in the military, and a large variety of other organizations and committees meet with business owners, residents and more. A particularly noteworthy moment, coming at the end of the fourth hour, illustrates many of the challenges faced when competing constituencies come together. A locally owned Cannabis company wants to set up shot in the economically disadvantaged neighborhood of Dorchester, and not everyone is so sure it’s for the best. The resultant conversation fascinates, even as we worry that those on whom the business will have the greatest impact will ultimately have the smallest voice in what happens.

Standing at the center of it all is the titular structure, itself, photographed from a plethora of angles. Chosen as the winning design (by architects Gerhard Kallmann, Noel McKinnell and Edward Knowles) at a 1962 competition, it is a landmark of the so-called Brutalist movement of that era. Call me a dilettante, but I have never been a great fan (and I spent a number of years in and around Boston, as well as the rest of Massachusetts and New England). Still, Wiseman almost succeeds in making it look beautiful. Perhaps it’s just that I approve of the filmmaking, Mayor Walsh’s mission, or both, but the fact that this City Hall made me overcome my distaste for the physical City Hall is a triumph built on top of the magnificent narrative foundation that is this marvelous documentary.