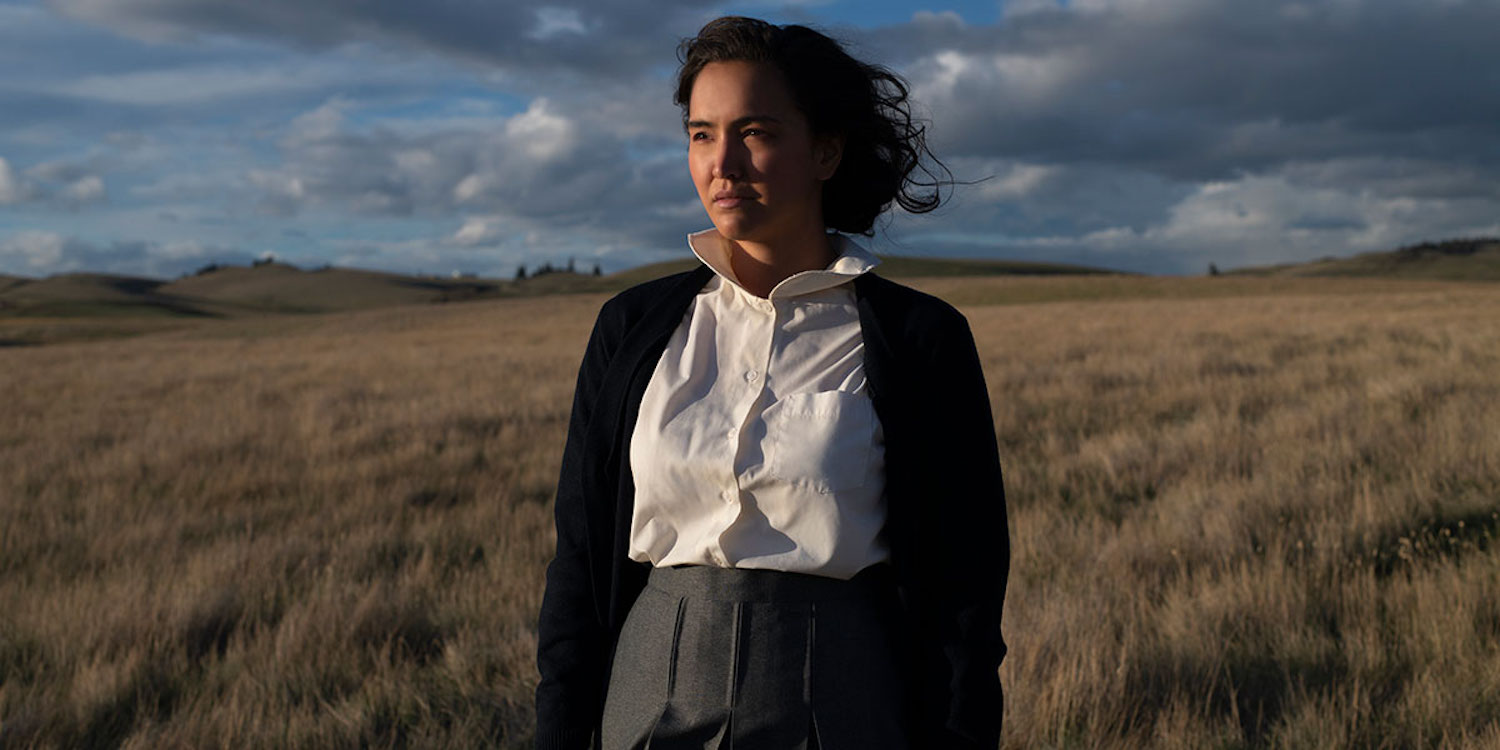 (The 2022 Toronto Film Festival or, TIFF ran September 8-18 in Toronto, Canada. HtN has tons of coverage coming your way so, stay tuned! Check out Chris Reed’s movie review of Bones of Crows. Seen it? Join the conversation with HtN on our Letterboxd Page.)

“Inspired by true events,” as an opening title card informs us, Marie Clements’ Bones of Crows explores the devastating legacy of Canada’s residential schools, which for over 100 years took Indigenous children away from parents, attempted to destroy their native culture, and often created conditions that led to sickness and/or death. It was a horrible system, with a genocidal impulse hardly unique to Canada but no less awful because of it. Following one central Cree family over multiple generations, the movie is filled not only with outrage but also triumph, since our protagonists rise above their long torture to stand tall. It’s a hard-fought victory, with many casualties.

Bones of Crows opens in 1800s Manitoba, where a white man taunts a group of Indigenous with the promise of food, then fails to deliver, all of it with a malicious cackle. He will soon meet the end he deserves. Unfortunately, not all such evildoers fail in their pernicious tasks. Flash forward to the first half of the 20th century, and we begin to cut back and forth between the 1930s and 1940s as Aline Spears, the narrative’s main character, is ripped from her home by force, along with her siblings, and enrolled in a residential Catholic school. There, she and the others suffer not-so-benign neglect and abuse.

The irony is that, come World War II, the Canadian government suddenly takes an interest in her Cree background, grateful that she didn’t lose the language, for it becomes useful in sending coded messages the Nazis can’t decipher. It’s during training that Aline meets Adam, whom she marries before they are each shipped off to serve. They will later have children, and by the end of the movie one of those children has had a child of her own. By that point, though the residential schools are no more, their effects linger in the collective DNA of all affected Indigenous peoples. Fortunately, the 21st century world is now more willing to listen.

Grace Dove (Monkey Beach) stars as the young adult and middle-aged Aline, with Carla-Rae playing her as an older woman and Summer Testawich as a girl. All turn in moving performances, though we are with Dove the longest. Everyone else in the ensemble delivers, as well, including Phillip Lewitski (Wildhood) as the increasingly troubled Adam. Coupled with the fine cinematography and evocative sound design, they all work to make Bones of Crows an authentically poignant takedown of the sins of the not-so-distant past. There may be trauma, but also healing.