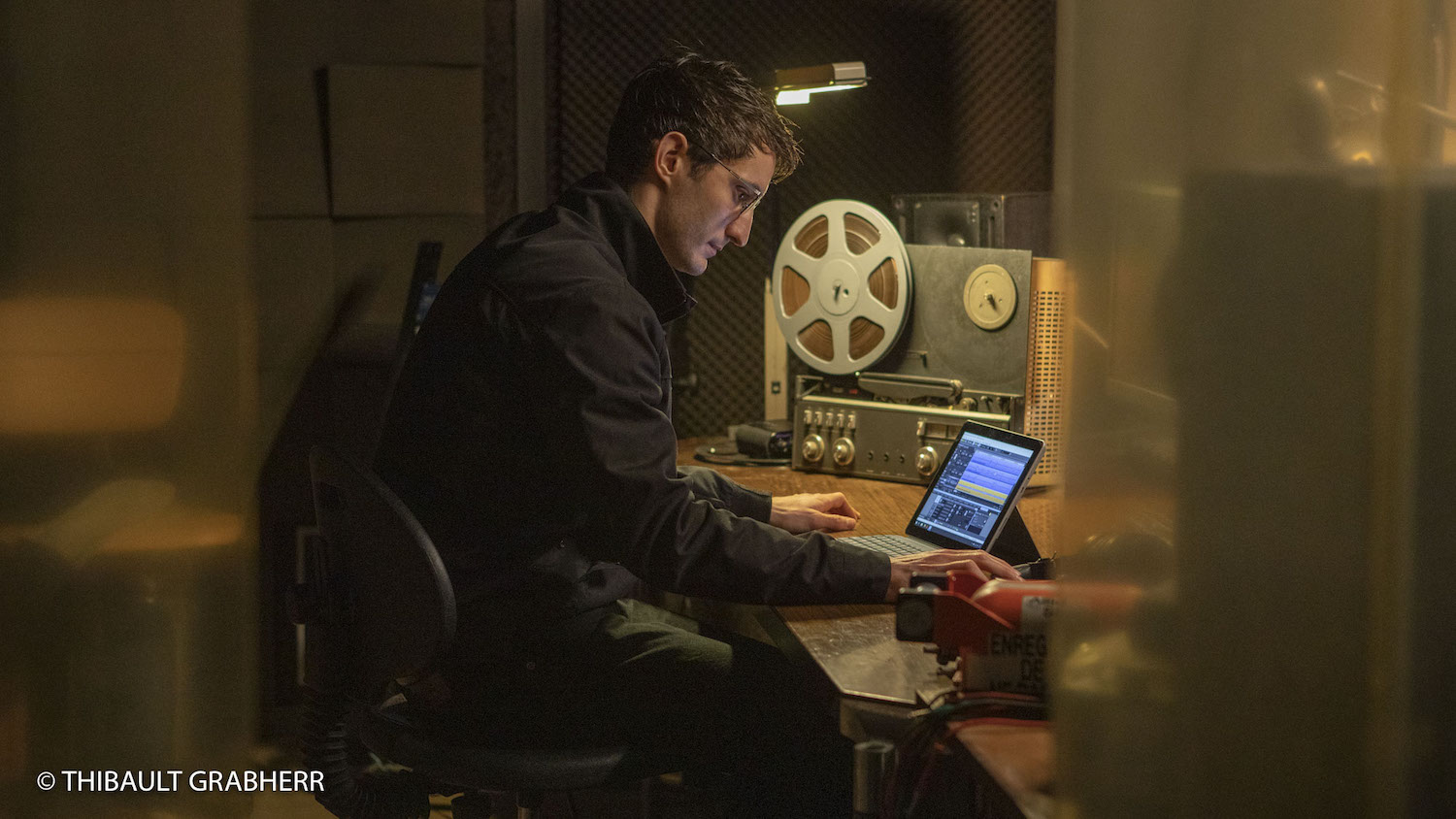 (Check out Chris Reed’s movie review of Black Box which opened this week in New York, and next week in Los Angeles. Seen it? Join the conversation with HtN on our Letterboxd Page.)

When, at the start of Yann Gozlan’s Black Box, European Airlines Flight 024 goes down somewhere over the Alps, killing everyone on board, France’s BEA (Bureau of Enquiry and Analysis) launches an immediate investigation. The plane’s black box in hand, the lead technicians identify sounds that seem to indicate a cockpit breach from a passenger yelling “Allahu Akbar” (Arabic for “God is great”). Case closed, right? Not so fast.

For there is one man at the BEA, Mathieu Vasseur (Pierre Niney, Lovers) who has a different theory, even if he is the one who first hears the “Allahu Akbar.” The problem is that he has a history of trusting instinct over verifiable facts, and so his suspicions are initially dismissed. But there may just be something to them.

Over time, what starts as a simple-enough mystery transforms into a taut thriller full of mostly unexpected surprises, though at some point the villain becomes clear. The true evil here is of a larger nature than one individual, however, the final outcome serving as an indictment of systems that treat human beings as expendable. Greed is not good, but it is infectious.

Mathieu proves a fascinating character, someone with expert audio skills whose introversion and mild paranoia do not serve him well. To further complicate matters, he’s married to Noémie (Lou de Laâge, The Mad Women’s Ball), an up-and-coming, extroverted airline executive whose corporate interests do not necessarily align with getting at the truth of what happened. If her career is on the line, will their marriage survive?

Gozlan (Burnout) slowly pulls us in deeper to the riddle at the center, using Mathieu’s increasingly detailed efforts to decipher the black box’s recording to heighten the intrigue. Channeling movies like Francis Ford Coppola’s 1974 The Conversation and Brian De Palma’s 1981 Blow Out, albeit with modern technology, Gozlan teases clues one at a time, sending Mathieu into ever-more dangerous situations. Not all scenes land with the same dramatic punch, but the overall takeaway is effective.

Beyond Niney and de Laâge, the rest of the cast is also strong, including veteran French star André Dussollier (My Golden Days), who plays Mathieu’s sometimes-supportive, sometimes-skeptical supervisor. Together, they all work to make the pieces of the puzzle fit into a satisfying conclusion. If the full picture, as good as it may be, still has some narrative holes in it, it nevertheless remains engaging throughout. It’s also a cautionary tale of our present-day universe, where the cost of life is cheap in the face of big profits. The truth is all there in that tiny black box. Listen closely.