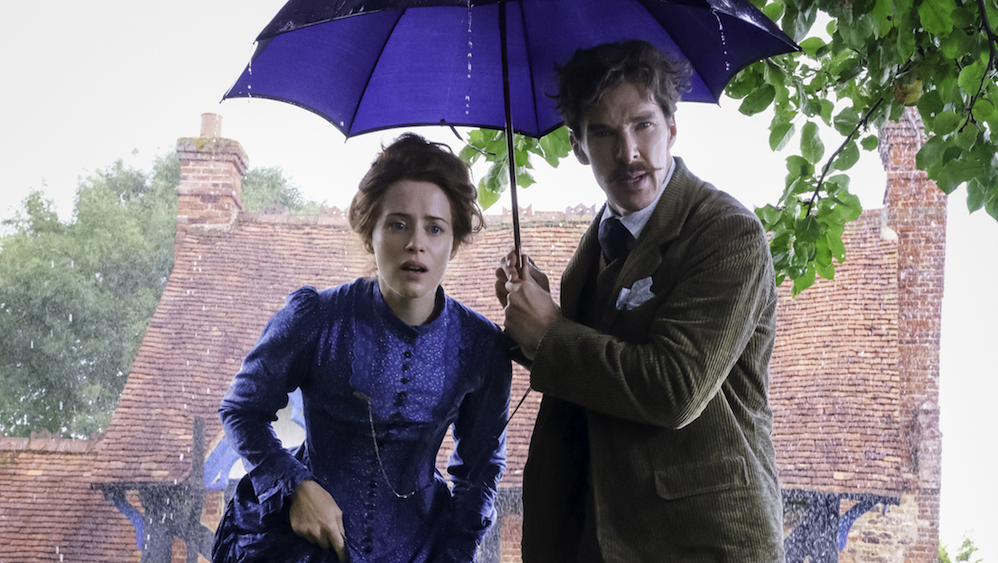 When you see a film at a film festival it is often impossible to disconnect it from the other films you see around it. Such is the case of The Electrical Life of Louis Wain and Benediction. There were things to love about both films but in general my takeaway had everything to do with how I felt about the man that the film had been made to remember.

Louis Wain was an eccentric inventor and artist who at the turn of the 20th century became responsible for popularizing the idea of cats as pets. It seems insane to me that 130 years ago nobody was truly experiencing the joy that I do every day from my little furbabies. So yes I was predisposed to like Louis Wain. Played by Benedict Cumberbatch in a role that can only be described as immensely complicated, Louis Wain goes from a mild-mannered sketch artist to a once famous painter left behind in a mental hospital. Our first meeting of him is on a train where he sketches in a matter of seconds a fellow traveler’s dog. Moments later we see him show his publisher just why he can produce artwork for the illustrated newspaper so quickly, he draws with both hands simultaneously. I didn’t even think that was possible. Anyway, as the sole provider for his six unwed sisters he throws himself into work. Then he meets the love of his life and everything becomes richer, and brighter, and full of cats. It starts when they adopt a stray cat, Peter, but one cat leads to several. Though they only have 18 months together before she comes down with cancer, the love propels Louis for the rest of his life – helped of course by his ever present companion Peter, who becomes the star of many illustrations and inspiration of an entire new genre of art really, anthropomorphized cats. One of the reasons we don’t know his name anymore is that he failed to copyright his earlier images thus preventing him from collecting the fame and royalties that should have rightfully been his. Also, after Peter dies, Louis sort of crumbles into a life without joy or human connection. At one point in time, he starts to believe his cats are talking to him.

It’s a sprawling epic because it manages to cover his whole life by jumping four or five years at a time between sequences. Despite that, the characters are consistent and I felt like I really knew who this man was by the end of the film. The spectacular performance is built on a truly remarkable script which manages to pull out the most important scenes of one man’s life spread out over 80 years. It also helps that every few seconds there was a cute cat to look at so I was never going to get bored. It’s crazy to me that people do not know the name of Louis Wain and so I hope that this film will be a big success because his artwork is truly amazing, especially in the 1930s as he went further into insanity and started painting what I can only call kaleidoscope cats. If he hadn’t been stuck in a mental hospital, possibly he would have been hailed as a great surrealist artist. When the film finally ended, I felt like I’ve been through his life and lived his joys and pains. I was heartbroken when he lost his wife. admittedly I was even more heartbroken when he lost his cat. But all I could think about is how I will feel when I lose my current cats, something I think no other film has ever made me think about, except maybe Pet Sematary (don’t go up there). 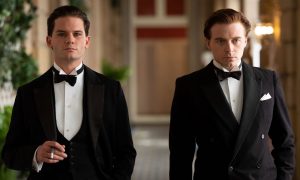 A still from BENEDICTION

In contrast, Writer-director Terence Davies’ Benediction, a lyrical but meandering portrait of World War One poet Siegfried Sassoon, that never makes me care about Siegfied Sassoon. Unlike Louis Wain, I’d actually heard of Siegfried Sassoon and had studied and written about his poetry while I was in class at Cambridge (I’m pretty sure that’s my second mention of Cambridge this week, which my wife tells me I try to slip into conversation as much as possible). Anyway, Sassoon had gone off to war just like everyone else until realizing just how stupid the plan was from the men in charge and he tried to become a conscientious objector. Because he was in the upper classes and his defection would have looked quite bad, he was forced into a hospital to overcome his ‘trauma.’ There he meets and falls for fellow poet and soldier Wilford Owen, for who’s work he serves as a mentor. Much is made in that TIFF program guide about this being the first film in which Terence Davies has ever focused on gay love, which I don’t know is true because I’m pretty sure he’s always had those themes in his films. Certainly his 1992 film The Long Day Closes is about a gay child. The Advocate once called it “the greatest gay film ever made.” To say Benediction is his first film about gay love robs Bud of his feelings in the earlier film.

Really, I’m just shocked by how far out of touch Terence Davies seems to be with what I would call the LGBTQ mainstream if such a thing exists. He’s the old guy at the bar. In interview after interview in the past he’s feverishly refused to celebrate his sexuality. He once said “being gay has ruined my life. I hate it. I’ll go to my grave hating it which is why I have been celibate.” Is this the right person to be making a movie about one of the most prolific high society gay Don Juans of history. He’s also somebody from Liverpool who famously hates The Beatles so I just don’t trust him.

It’s a good thing I don’t trust him because I really like Sassoon’s poetry and after watching Benediction I absolutely hated him as a human. The film starts pleasantly enough with two brothers going off to war, of course it’s World War One so I knew it was going to end badly, but the characters were real and fun and I was ready for a ride through history. The problem is I don’t know if Davies knew what to focus on. We don’t really get much time in the trenches which is what obviously shaped Sassoon’s life and arts. We don’t get anything at all before he’s 22. Most of the movie is dedicated to watching him fall in and out of relationships with beautiful shallow people. People like the famous Ivor Novello, who I expect to be a bit of a cad and a jerk from the two silent Hitchcock films I’ve seen him in. That said, my God he is insufferable. But he’s not a whole lot worse than anyone else in this movie.

I think this is a movie that can only be made by a gay man who hates being gay. Every person in it is terrible to every other person in the film. It’s as if no one has any true emotions. The film jumps in and out of time as if we were supposed to draw some understanding from moments of the past and how they influence a bitter old man who’s just as much of a jerk as Ivor Novella was to him 40 years earlier. But the flashbacks don’t really inform what we’re watching and the structure of the film is such that you never really get a handle of what direction the filmmaker wants to take us. It’s a bit like watching a torture porn film in which the torture is just watching men being mean to each other. And Sassoon seems to trade one awful lover for the next, but they might as well be the exact same person. Its like an all-male daytime soap. It’s a shame because Sassoon’s poetry is beautiful and every time we pause to hear some of it the film got a little bit of its lush grace back. But then it would descend into another bickering scene between bitter queers. These might not be popular thoughts, but I feel like it is my place to say it. Davies, who hasn’t made a film for five years, has returned with something that may bring Sassoon’s name back in the conversation but certainly does nothing for his notoriety. Nor does it do anything for any gay man circa 1920 to 1950. It’s hard to believe that everyone acted like this. It’s as if Terence Davies only has Noël Coward plays from which to draw his characters from.

So do yourself a favor. Do not miss The Electrical Life Of Louis Wain. It’s a fantastic performance of a truly remarkable genius whose work has not been enough in the public eye. Skip Benediction and purchase an anthology of Sassoon’s poetry.