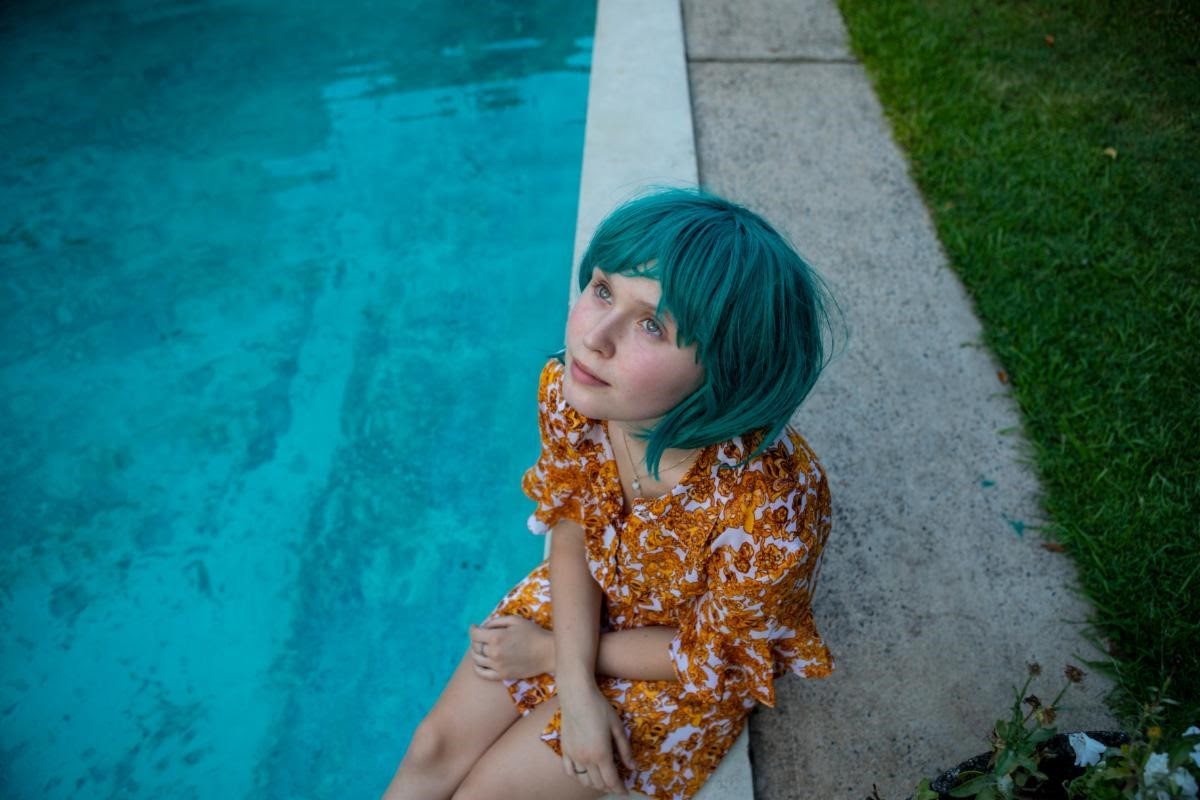 (After it’s debut at the 2019 Venice Film Festival, Shannon Murphy’s Babyteeth will be coming to VOD June 19 via IFC Films. Like what you see here on Hammer to Nail? Why not pay just $1.00 per month via Patreon to help keep us going?)

The plot of Shannon Murphy’s debut dramatic feature, Babyteeth is familiar: A spirited teen is diagnosed with terminal cancer and then falls in love with an eccentric boy who renews her lust for life or whatever, while her dysfunctional parents look on disapprovingly. But Murphy’s film, based on the hit play by Rita Kalnejais, is basically the antithesis of melodramatic schmaltz like A Walk to Remember or The Fault in Our Stars.

Eliza Scanlen (Sharp Objects, Little Women), utilizes her resume to play the terminally-ill daughter of Henry (Ben Mendelsohn, Captain Marvel, Rogue One), a psychiatrist and Anna (Essie Davis, Game of Thrones), a former piano prodigy. The story unfolds in the non-postcard parts of Sydney, Australia. A hand-held camera lends a home movie vibe to the proceedings (if your home movies were shot by a professional DP).

The film opens with a tooth falling into a glass. We eventually learn that it belongs to a fifteen-year-old girl named Milla Finlay. She has a bleak cancer prognosis and a baby tooth that’s holding on for dear life. Her middle-class life has been rather uneventful so far and now it’s almost over. Perhaps that’s what’s she’s contemplating en route to school one morning, when a hot young vagrant named Moses (Toby Wallace, Romper Stomper mini-series), nearly knocks her into an oncoming train. He sports a face tattoo and a haircut that looks like it was done by a toddler. He’s what the pop artist Two Thangs would call a “Dirtbag Pinup.” When Milla’s nose starts bleeding, Moses removes his shirt, pulls her into his lap, and places it oppressively over her nose and mouth. Afterward, he asks her for money. Milla is immediately smitten.

Early one morning, after Milla has started chemo and lost all her hair, Anna catches Moses rummaging around their kitchen, pocketing meds. He brandishes a knife, and she begs him to leave the cancer meds, handing over the good stuff. Milla walks in mid-transaction and advocates for Moses’ behavior. Anna tells Henry that their daughter’s compassion is his fault, and soon they’re sitting around the breakfast table together, Say Anything-style. Moses’ version of the “I don’t want to buy anything processed…” speech is that he’s “not meant to be functional.” We never learn too much about his past, but his mum, a Bichon breeder, wants nothing to do with him and his dad’s nowhere near the picture. There are myriad reasons to feel empathy for Moses, but that doesn’t mean you’d want him dating your daughter. On the other hand, Milla doesn’t have time enough to play the field and this joker seems to make her happy. This is what the elder Finlays wrestle with as they gradually accept the fact that their time with Milla is quickly drawing to a close.

The film is short on tearjerker scenes, characterizing the Finlay family and their palpable denial. Henry keeps Anna drugged up so that she can cope with the futility of caring for her daughter and he can avoid having to deal with any emotions. He knows he can’t let himself contemplate a life without Milla for too long, because he will crumble. To him, the most important thing is to give Milla as much normalcy as possible until the end. The parental arc of Babyteeth is that of a couple transitioning from maintaining the status quo and accepting the fact that their daughter’s desires double as her last wishes. Milla’s nihilistic reaction to her diagnosis is a lot more believable than the sick teens we’re used to seeing on screen – the enlightened oracle who teaches her family how to live by dying.

Babyteeth is not always a fun hang. The characters are so recognizably human that their choices tend toward the viscerally infuriating. There are chapter titles for each new scene such as “Anna and Henry’s Tuesday Appointment”, and “Moses Makes Spaghetti”. I’m not sure they add much to the story. Murphy described the tone of Kalnejais’ script as “unique and challenging,” which is an apt description of the film as a whole. But by the end, you’ll be glad you stuck with it. Bottled up emotions build to a release for all of the characters, and the actors absolutely nail their final scene together.