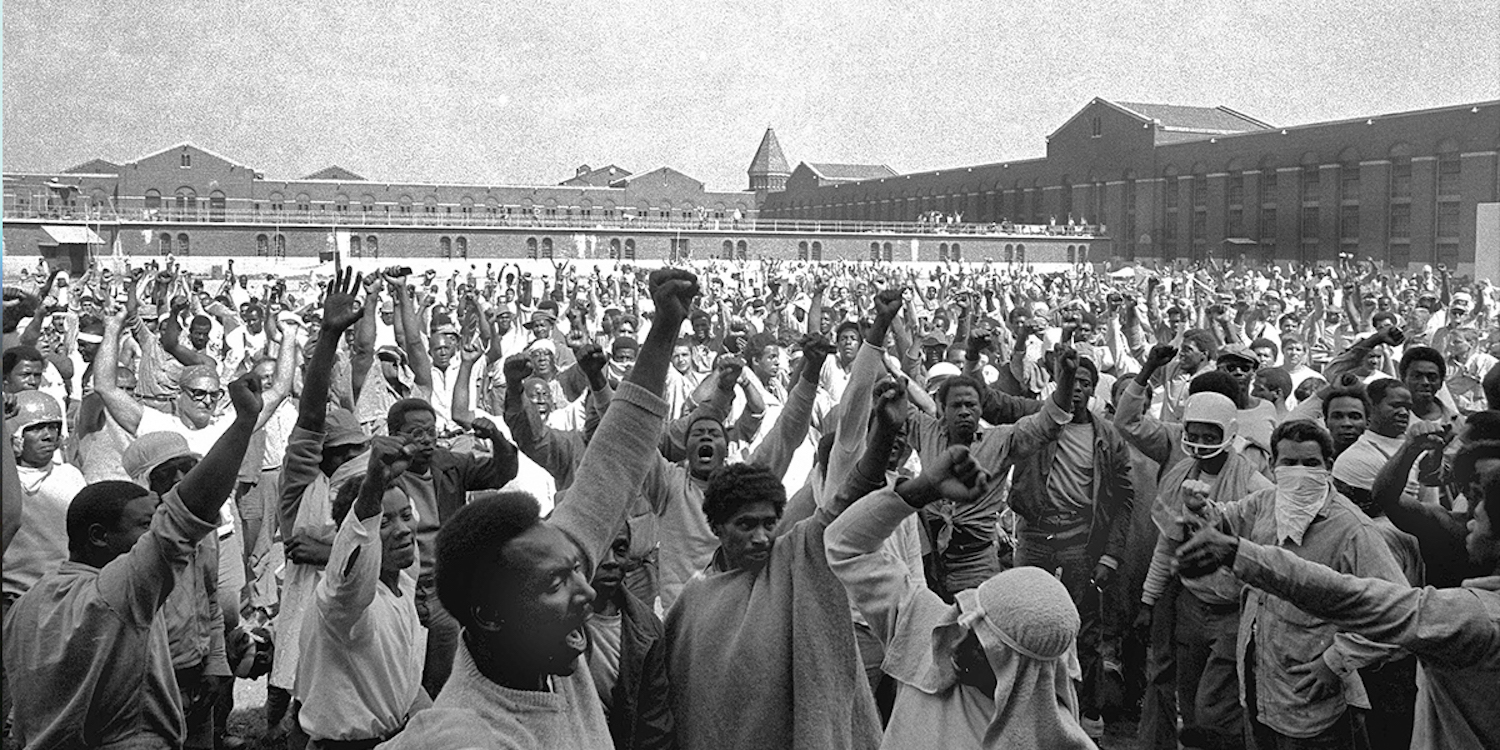 On September 9, 1971, over 1000 inmates at the Attica Correctional Facility in upstate New York rioted over conditions they deemed inhumane, taking 39 prison guards hostage. Their grievances included overcrowding, abuse from guards and very limited access to proper cleaning and sanitation facilities. After a four-day standoff with prison, local and state authorities, they were convinced that some of their complaints were heard and would lead to reform. Instead, on September 13, the very same law-enforcement officers with whom they had been negotiating took back the prison in a violent raid that left 29 prisoners and 10 guards dead, and close to a hundred injured. It was a bloodbath.

All of the details of who, what, when, where, and why, not to mention how, are expertly presented by director Stanley Nelson (Tell Them We Are Rising) and co-director Traci Curry in their documentary about the ill-fated uprising, entitled simply Attica. Interviewing survivors from among all constituencies, as well as from the official “observers committee” requested by the prisoners in the days following their takeover, Nelson allows them to bear witness on the tragedy as it unfolded, though not all share the same perspective (most agree it was a disaster). He also brings in copious archival footage, much of it shot either by the police or by news crews invited inside by the prisoners. As much as the individual parts of the whole fascinate, it’s the totality of the story that is truly monumental.

50 years later, this country is no closer to solving the kinds of racial animus that motivated both the terrible treatment of the inmates and the brutal crackdown that followed their riot. The town of Attica, which supplied the prison staff, was by far majority white; most of the prisoners were not, and many came from urban environments down south. Each side saw the other as alien, though only one side had guns. Once one of the guards, William Quinn, succumbed to wounds sustained on the first day and died, all bets were off, the lust for revenge growing among the officers outside. Without cool heads at the top, there was only way the situation could go.

Those leaders, as it turns out, were mostly absent, though Russell Oswald, New York’s Commissioner of Corrections. did make an initial effort to meet with the inmates and hear their complaints. Without the support of Governor Nelson Rockefeller, who harbored presidential ambitions and was afraid of looking soft on crime, the negotiations didn’t stand a chance. Egged on by President Richard Nixon, whose racist comments we hear on tape, Rockefeller gave law enforcement carte blanche. Carte rouge is how it ended, sadly.

As an historical examination of political corruption and the need for prison reform, Attica proves tough and insightful. It’s quite profound to hear and see the voices and faces of the survivors today, some of whom become quite emotional in their interviews. Beyond that, however, the film serves as a call to embrace anti-racist, inclusive policies up and down all levels of government, to ensure that our common humanity is never forgotten. All I really knew about Attica before watching this was Al Pacino, as Sonny in Dog Day Afternoon, raising a fist to cry out, “Attica! Attica!” How happy and sad I now am to be enlightened. Everyone should be. See the movie.