and Blu-ray. It opened theatrically on April 29, 2011. Visit the film’s official website to learn more.)

Takashi Miike excels at making genre films that aren’t. In a trend that first gained international notice in 1999’s Audition and is on full display in 13 Assassins, the Japanese auteur exhibits an innate knack for imbuing familiar set-pieces with embellishments that are all his own. (“Kiri kiri kiri,” anyone?) Miike knows how to underscore the hushed beauty of a scene soaked in blood, the serenity in passing from one world to the next, and it’s out of these small moments just as much as the larger pictures that emerge from them that he’s forged his idiosyncratic (and highly imagistic) niche. Miike’s latest, which pits its titular band of samurai against a decidedly ignoble nobleman and his personal army, makes no attempt to hide its cinematic lineage. In addition to being a remake of the film of the same name from 1963, 13 Assassins invites comparisons to Seven Samurai with open arms, using Kurosawa’s seminal epic as a building block—but not as an endpoint. Out of the familiar once again emerges the new, a melding of old-world sensibilities and 21st-century concerns that more than makes good on its pedigree.

The baker’s dozen who are to carry out the ill deed outlined above are, naturally, a motley crew of journeymen ranging from scrappy to sophisticated, young to old. Miike doesn’t take great pains to individuate his stock samurai so much as present them as a single entity, but the subtle shadings—off-the-cuff remarks, downcast glances, and graveside visits—that define these men add an elusiveness to them that, though vague, can also be fascinating. Vengeance for Miike’s samurai is not only justified but necessary; once they’ve accepted the near-suicide mission that is their task, they work toward executing it with single-minded focus. There’s certainly admiration in Miike’s portrayal of this monomania but, more subtly, a critique: to serve a greater cause is noble; to mindlessly obey is questionable. There’s many a follower in 13 Assassins, but only a small few leaders. 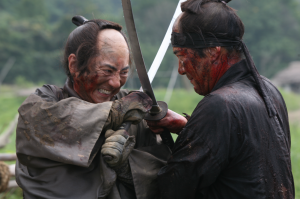 Miike immediately establishes Naritsugu, brother to the Shogun and target of the film’s coup, as wholly despicable and in need of disposal. As with Asami in Audition, he’s made all the more frightening by the ideology behind his sadism: Naritsugu posits a sort of proto-Darwinian belief in servants dying for their masters, wives for their husbands—the weak for the strong, the many for the few. Though grisly, his murders are far from senseless. Likely because he’s only ever seen one side of it, Naritsugu is obsessed with the concept of servitude, and herein lies the thematic lynchpin of 13 Assassins: an embedded message on the power of the disenfranchised many to overcome the empowered few that means to say as much about today as it does about Feudal Japan.

Though he often glorifies it, Miike ultimately seems more preoccupied with the darker side of battle. For every one-liner (“You’ve entrusted me with your lives. I’ll spend them at my disposal”) there’s a very real moment of fear and doubt ingrained in the faces of the samurai. Death is meant to instill not further bloodlust but rather gratitude for simply being alive. This balancing act is essential to the film’s success, as is Miike’s restrained directorial hand. His films often elicit controversy, but 13 Assassins is too classic in its approach to seem anything but a bittersweet (and double-edged) tribute. “A samurai’s life isn’t measured in length,” says Shinzeamon, leader of the samurai, in a nod toward their lot. Our desires remain unchanged by battle; war is a distraction from life, not a fulfilling way of spending it. To survive battles such as this and go on to live long and well is, in a way, their only means of rebelling against a boxed-in and duty-bound life.

13 Assassins is itself a cinematic act of rebellion, a samurai film that celebrates the virtue of its subjects while simultaneously highlighting their folly. This is conveyed most explicitly through the character of Koyata, a non-samurai guide who repeatedly refers to his superiors as boring and useless, but also in the gradual realization that he may be onto something. Warriors in a time of peace, they’re seen by many of their countrymen as having overstayed their welcome. Time passes; so do ways of life. 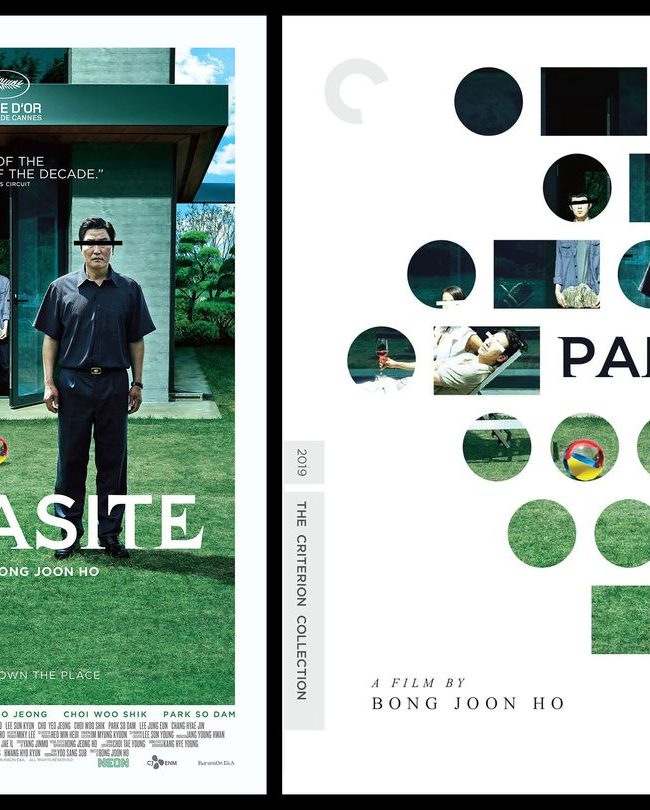