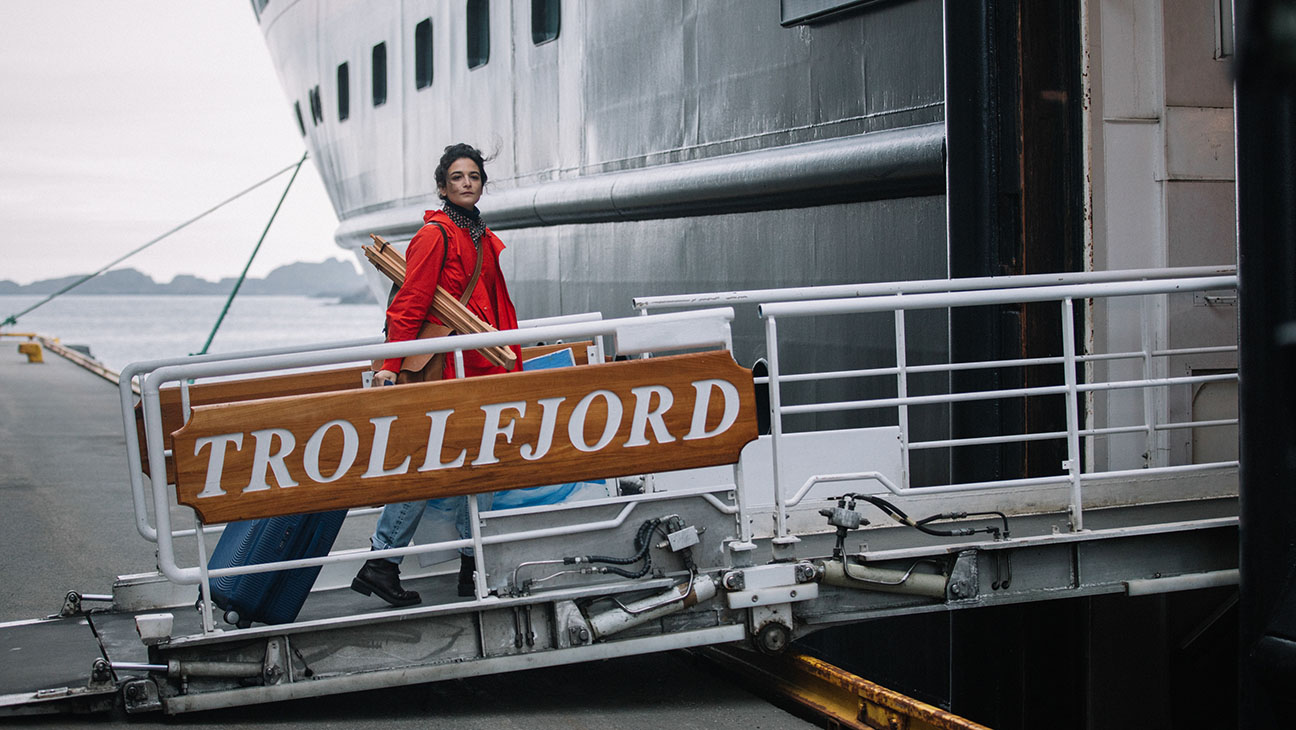 Sundance perennial Jenny Slate returns to the festival in director David Wnendt’s (Wetlands) new romantic dramedy The Sunlit Night. On paper, the story seems like a Sundance madlib; a sudden breakup forces a young artist to reinvent herself in a new land, a father’s death leads his son on a far-off journey, and a callous boss becomes a caring mentor. But despite the collision of clichés, the film succeeds on the leads’ charms and the beautiful Norwegian backdrops that offer up stunning visuals throughout.

Frances (Jenny Slate) is a struggling artist who escapes to Norway after a breakup and helps an older man paint a barn. Yasha (Alex Sharp) arrives at the same time to give his father a Viking funeral. The two meet and start a quirky romance. The funeral becomes one of the best scenes in the film when Frances starts singing an impromptu Hebrew prayer. The juxtaposition of cultures provides plenty of comedy, as does Zack Galifianakis as a temperamental Viking chief from Cincinnati. Gillian Anderson also pops up as Yasha’s absent mother, with a dreadful Russian accent. Many of the plot points are telegraphed from a mile away, but the smaller details such as Frances’ adoption of a young goat as her pet, and a hilarious Viking museum video, color the film with a number of enjoyable brushstrokes.

Martin Ahlgren’s gorgeous cinematography owes a lot to the locations at ‘the top of the world.’ Sweeping drone shots capture the majesty of the mountains that have been described as ‘modest’ and ‘unassuming,’ but breathtaking in their beauty. The production design is impressive; they clearly had some real artists on set to paint the yellow barn in between time-lapses. The film team was so far north that the sun never set, so they had plenty of shooting hours each day. This unique environmental effect makes everyone seem a little loopy.

There are many funny moments peppered throughout Rebecca Dinerstein’s (whose novel the film is based on) eccentric script, which seems to have found its oddball match in director David Wnendt. Some have called out the film’s discordant tones, but I think that’s part of the point. Life isn’t so easily boxed into a single genre or theme. The Sunlit Night is a film about goofballs reinventing themselves in an exotic wonderland. And Slate, who prides herself on her silliness, also presents us with a strong female character with agency. In a film as charming as this, we can’t ask for much more.