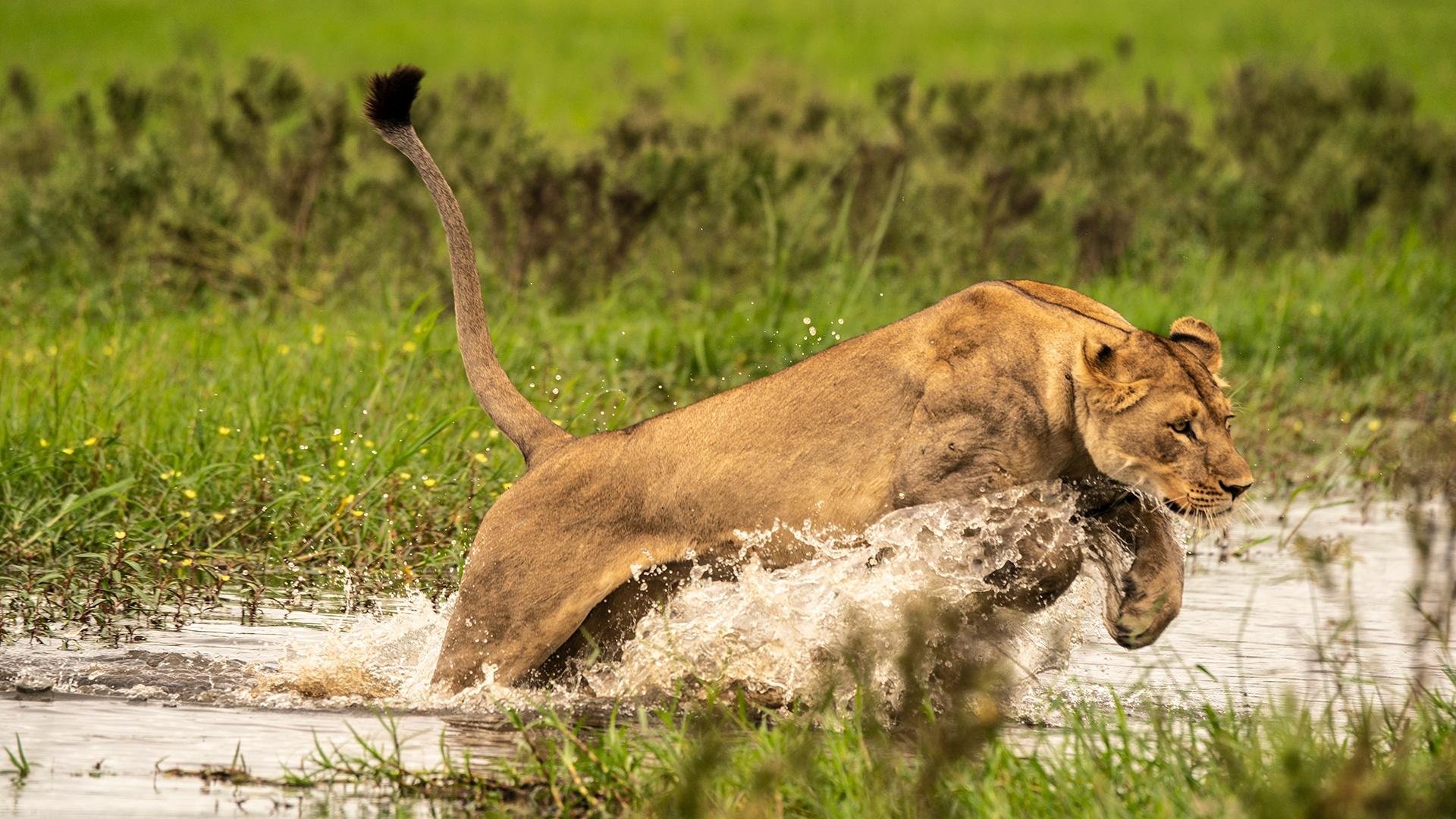 Adapted from a three-episode PBS series that premiered in October of 2019, Okavango: River of Dreams (Director’s Cut) whittles down that program’s approximate three hours into a compact 94 minutes, jettisoning the original voiceover by actor F. Murray Abraham for one by co-director Dereck Joubert. He and wife Beverly have gathered and assembled some extraordinary footage, he as cinematographer and she as sound designer; together, they make a terrific team, helming their director’s cut through a visually stunning narrative of one of Africa’s most vibrant ecosystems. Though they occasionally struggle to tie all the story threads into a complete whole (here, anyway, as I have not seen the original effort), the individual bits are compelling enough to tide us through.

Using wide shots for vistas and tight close-ups to bring us directly into the lives of the animals – above and below water – the Jouberts follow lions, leopards, elephants, warthogs, hyenas, crocodiles and even catfish, all the while profiling a year in the life of the mighty Okavango. Though most of the footage is captured during the day, some of the most beautiful compositions are photographed at night, whether it be of dramatic lightning streaking across the sky, an elephant bathing in a pool, or a young leopard cub hiding in a tree to avoid nearby predators. Whatever the moment, the colors pop, bathed in the glow of the moonlight or the hot southern sun. Life and death collide in this vivid celebration of our planet’s heretofore brilliant fecundity. There are plenty of films that deal with the perils of climate change; not so Okavango: River of Dreams, which is content to eulogize the beauty of its subject.

I’m all right with that decision, given the depressive pall that settles over me with each successive documentary about our impending doom (as important as the message may be). I do, however, wish that there were occasionally more here than what amounts to a glossy moving-image brochure. Nature is fragile, nature is resilient; now what do we do with that information? Maybe it’s enough to gaze in awe. Certainly, there is wonder aplenty in this sumptuous work. Savor and enjoy.