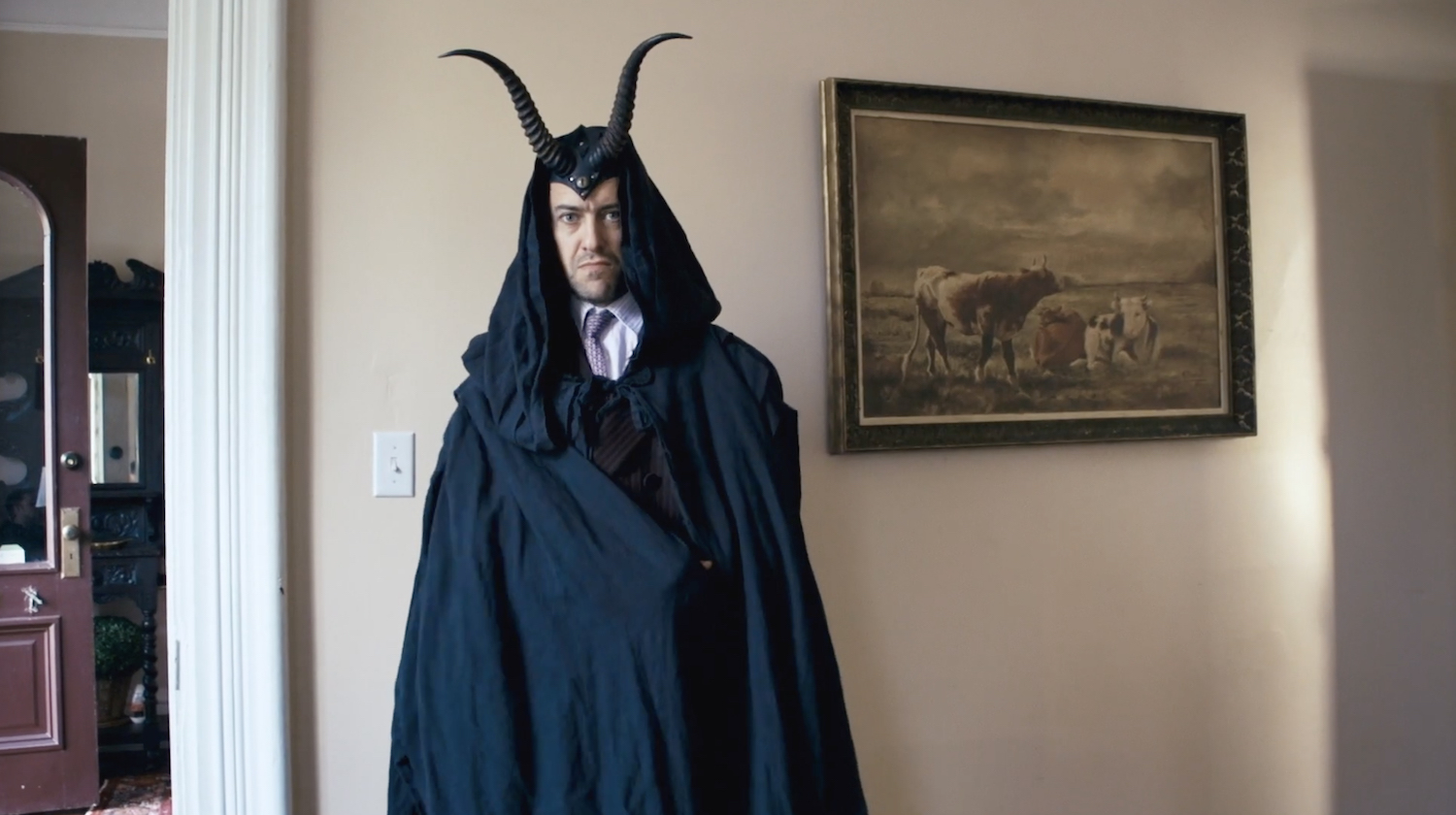 Hail Satan, Prince of Darkness! May we drink the blood of our enemies and prepare the path downwards to the Inferno, where we will join with him in a black mass of pure evil. Can you feel his power coursing through you? Have you drawn your pentagram to call him forward? Join us, for we will soon triumph!

None of which has anything to do with Hail Satan?, the new feature-length documentary from Penny Lane (Our Nixon), except in the most superficial sense. A profile of the Satanic Temple, the movie follows its members as they engage in their dastardly plan to…plan peaceful, non-violent demonstrations against the increasing intrusion of religion into our nation’s political sphere. Made up mostly of atheists, many of whom have had bad experiences in the religious groups of their birth, the Temple is a loose confederation of regional organizations managed by a national council headed by founder Lucien Greaves (not his real name). As much anarchist (though a gentle one) as atheist, Greaves speaks with regret about the increasing need for such an administrative structure, looking back fondly at the days when there were fewer Satanists. Still, there is strength in numbers: “Some things are lost, some gained,” he muses.

Guided by their “seven tenets”* – which promote a code of conduct that should make any ethically minded institution, or religion, proud – the adherents of this brand of Satanism seek to change the world one irreverent action at a time. Why Satan? As a fallen angel, he represents resistance to the established order of things, and with Christian fundamentalists on the march in these not so United States of ours, these self-identified fallen souls seek to remind us that our country was founded on the principle of separation of church and state. So, when politicians in Oklahoma and Arkansas move to erect statues of the Ten Commandments on state-house grounds, the Satanic Temple lobbies to have a statue of Baphomet – a goat-headed, hybrid-creature deity worshipped by Satanists of yore – erected, as well. In Oklahoma, they succeed in thereby preventing the legislature from going through with its plans; not so in Arkansas, where their lawsuit against the now-erected 10 Commandments monument is still pending.

Horrified, o righteous believer? Has this country not always been clearly Christian? Actually, no, it hasn’t. As Lane explains, the drafters of our constitution were mostly Freemasons opposed to the intrusion of religion into governance. It was not until the 1950s, in fearful opposition to the communist threat from the Soviet Union and its vassal states that the United States added “In God We Trust” to our currency and “under God” to the “Pledge of Allegiance.” What better way to defeat the godless heathens at our doorstep than to subvert our own core principles? And that, ladies and gentlemen, brings us back to our so-called satanic friends, whose mission is to confront this perversion of our founders’ beliefs by any legal means necessary. Is not peaceful protest to be celebrated?

How one feels about the film and its subjects comes down to how one feels about those issues. Greaves – with one eye scarred and white from some never-explained younger incident or illness – makes for an engaging protagonist, initially sinister (that eye!) but then quickly not. So, too, do the many supporting characters interviewed by Lane fascinate. Threatening to some, for sure, but always possessed of charm, humor and an unquenchable desire to poke the bear of religion, Greaves and his fellow Satanists act up and act out so that one day the rest of us don’t wake up in a world reminiscent of The Handmaid’s Tale. Let us hail them, then, if not Satan, himself.

*These are the Satanic Temple’s Seven Tenets, taken from the group’s website: