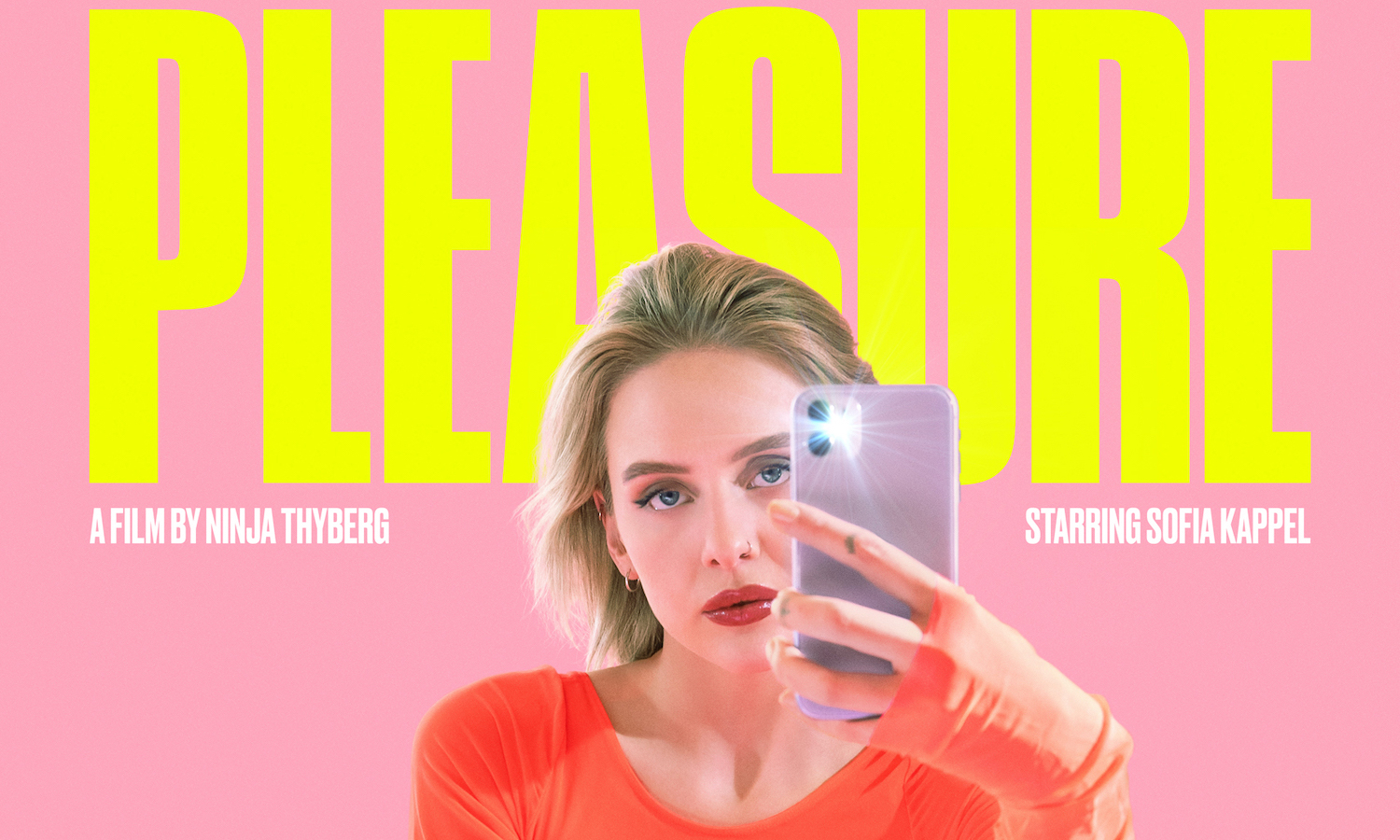 I had a chance to speak with Thayberg back during the films premiere and I’ve been waiting ever since to get this interview out there because I think this is the best attempt to capture the current industry and why it holds such possibilities for potential starlets.

Hammer to Nail: What about the short made you want to expand upon it? What were you most excited to kind of dive into and spend more time with?

Ninja Thyberg: I mean, when I did the short, I already knew that I wanted to make a feature, so I used the short. The intention was to use it somehow as some kind of pilot, because I wasn’t, in my career, [at] the place where it felt possible at that time, or realistic to make a short feature. But then because of the short, that it did so well, and that it won an award in Canada and competed in Sundance that actually made it possible to do the feature. I felt that I was very well educated on the subject because I’ve been studying the subject for, or like dealing with it, being interested in it for such a long time, from different various angles. I had done a lot of research for the short, but the research was done from my computer at home, like reading books or watching documentaries and Googling and reading stuff online.

HtN: It’s interesting. My favorite sequence is when she starts to say that she sees herself now as a submissive and it’s like she discovered something. To me, there’s a lot about that idea of dominance and submission in the film, in terms of how she has to submit to this career, give of herself and trust completely, and it’s terrifying. Sometimes you’re putting your trust in the people that you shouldn’t be. A lot of times you are, it seems like. I felt like you really captured that central conflict. I’m curious about, as a character, her relationships with the other girls in the house. When she starts, she’s a little standoffish, and naturally everybody’s going to be competitive. Then there’s that sense of when she gets to the next level things are going to. Can you talk about how you structured the interactions with the other girls in the model house and how they would play into the script?

NT: Yeah. Joy, who becomes her friend…to me, my heart is with Joy in a way, because I feel that Bella is, compared to the other girls, she’s very spoiled, because she comes from work…spoil is a negative word, maybe it’s unfair to call her that. But I can also, I can really relate…I mean, she’s a version of me somehow. Coming from Sweden where we have…we are so sick…we don’t know anything about poverty. I actually, coming to the US, I remember thinking like, “No one could do porn for money. There must be other reasons.” Because it can’t be worth it just for money. I come from a country where money is not that much of an issue, because even if you don’t have money, that just means that you can’t buy a nice bag, but you can still have somewhere to live, you’re still educated, you still have health care and everything. Just realizing, world apart we are like. If you really are vulnerable in another way, when you don’t have a social, like welfare, in that sense. 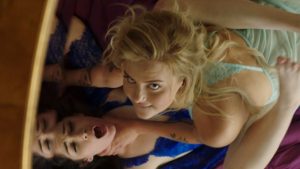 A still from PLEASURE

HtN: The original short, I’m assuming, was set in Sweden, because people were speaking in Swedish. Obviously, at one point in time, you had to decide, “Well, the feature is going to be in America.” And you knew that that was going to change things…

HtN: Everybody comes to America.

HtN: I’m assuming that since you had your character coming to America, you’re learning American culture, she’s learning American culture and putting it into the script. It actually doesn’t change the writing of it all that much, except you have to do the research or to look at it from everybody else. But what was the experience like seeing America through her eyes as this character, as you were putting the script together?

HtN: It’s okay, I won’t be hurt. I won’t be offended that you don’t believe in the American dream.

NT: But she really does. In that way. It’s interesting because we consume so much American culture in Sweden, we are very Americanized in that sense. But at the same time…I thought that we were.. I didn’t know that there’s actually a lot of differences between mentality. It’s been so interesting to understand American culture, and also to understand American feminism, because Swedish feminism and American feminism is in many ways total opposite. Have the opposite idea of how some problems should be solved. To understand and try to build that bridge between… How to move forward together somehow.

HtN: I’m fascinated by that. Can you give me an example of a difference between how an American feminist and a Swedish feminist would look at an issue?

NT: Yeah. A very typical thing in Sweden is that we really believe in the utopia. Like, what’s the ideal world? And that’s where we base our opinions, the strategies. Our strategies are based on like, “Yeah, we can change the world, it can be like an utopian world.” But then you don’t really deal with here now, because here and now is not how it’s supposed to be. So that’s a very big difference. When it comes to sex work, for example. In Sweden, feminists, they don’t want sex work to exist, because it shouldn’t be like that, people shouldn’t need sex for money. So then we are against it in all the ways. In America it’s much more about like being proud of who you are, much more an individualistic approach and like, “Do the best of what you have.” And like, “Deal with your own situation in the best way.”

One big difference also is the view on gender. In Sweden, we think that gender is a social construction and that we are all equal, men and women. Femininity and masculinity, in our ideal society, should be erased, in a way. That we are… Ideal world would be like, you don’t really have clear like divisions between men and women in behavior. Femininity and masculinity is seen as a negative thing. I would say a lot of the American feminism is about embracing your feminine side, trying to give the feminine side more status, and that you shouldn’t be ashamed. If you want to look pretty, you should be allowed to look pretty and not being pushed down because…to give femininity higher status, rather than trying to erase it.