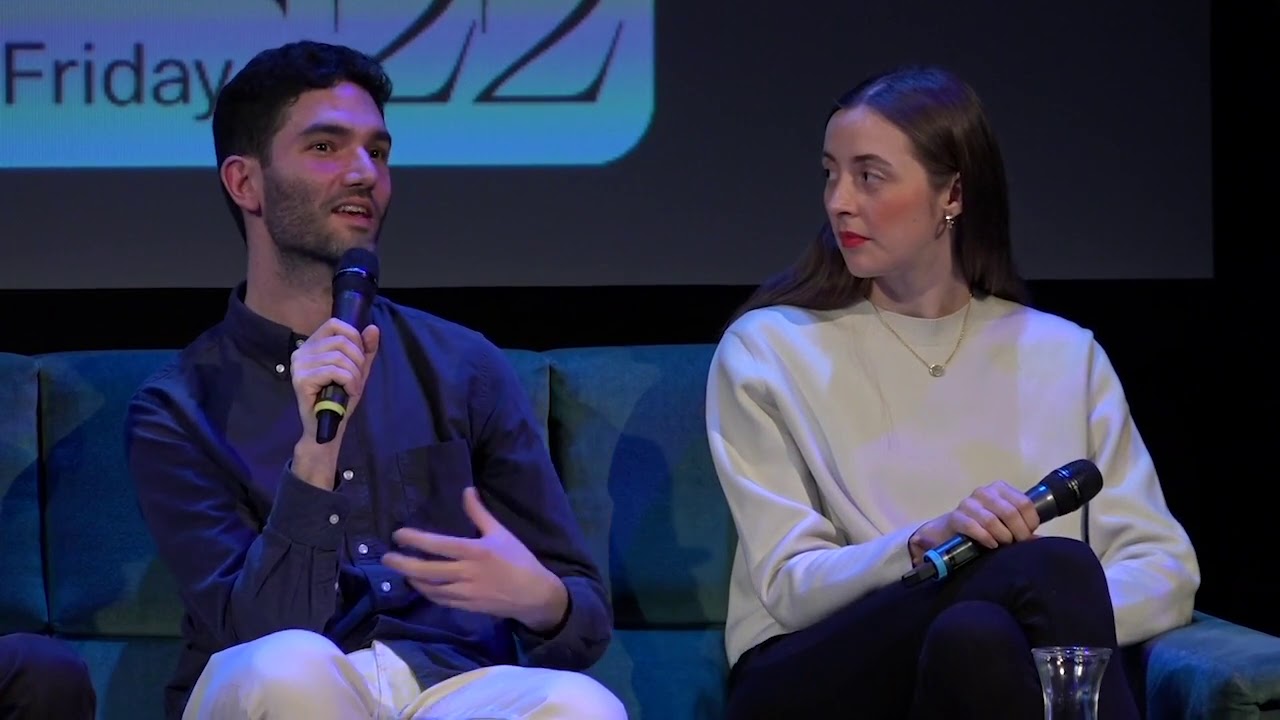 “A measurement is not unlike a metaphor. Both describe one thing by means of another…

…but anything can happen in the gap between a thing and its description. Between the map and the territory lies an infinite expanse.”

Constant, due for its U.S. debut at MoMI on the day of St. Patrick (and its first in-person screening following the virtual premiere at IFFR in January), is the latest collaborative project from Sasha Litvintseva and Beny Wagner, the duo behind A Demonstration (although both filmmakers have made numerous works in the years prior: she with the extraordinary Exile Exotic and Immortality, home and elsewhere, among others; he with Invisible Measure and We’re All Here). The roughly forty-minute featurette is principally about units of measurement from the earliest body-based increments to the development of the International System of Units during the French Revolution (with a necessary excursion into land surveying in-between).

How important is a standardized form of measurement? Ask the team behind the Mars Climate Orbiter. Crucial, indeed. While the notion of a democratized form of measuring distance is noble, there is one notable hold-out still holding-out [looking at you, U.S.] and, naturally, these democratization efforts are undemocratically hidden away under lock-and-key. Not metaphorically.

Constant, however, isn’t merely about measurement. It is also about ambition. It is, in brief, the process used by two astronomers to determine 1/10M from the pole to the equator—as extrapolated from Barcelona to Calais, specifically through Paris—to arrive at the metre. An expedition that can be made in half-a-day at the moment, it took several years to arrive at that figure (altbeit not merely due to the distance).

Ultimately, however, the initial calculations were wrong. Only slightly. The metre in use today is short by about .2mm.

The intended “ambition” herein, however, is the making of the film itself. Constant opens—or at least the narration sign-posting that we are in the midst of a documentary begins—in a conference room at the National Physical Laboratory in Teddington, England. They are, according to the NPL and its Metrology Institute, a “world-leading centre of excellence that provides cutting-edge measurement science, engineering and technology that underpins prosperity and quality of life in the U.K.” The film, therein, is about everything important to our very existence.

Except that we are not in the conference room. We are in a simulation of a conference room. The filmmakers, Sasha and Beny, are there. As are Olga and Nigel (mathematician and data scientist, respectively) and Duncan (PR representative of the NPL). Or, rather, they are not there. A semi-transparent three-dimensional representation of these five are there as a camera surveils the room. Only there is no camera. There is no room. There is the story of the room and the representation of the room and the narrator dryly intoning what is happening in a room that is not there.

Then we are not there as well. We are outside (with actors portraying the two astronomers, each on a journey in opposite directions, photographed in the most exquisite way possible). This is not a documentary. Not conventionally. Or, rather, we are in the nether-region or its opposite betwixt narrative and non-fiction.

Hammer to Nail: Simply (and perhaps too simply), what was the initial impetus to explore units of measurement in this peculiar way? Or, stated differently, was it always evident that the “making of the film” was going to be a structural element in the film itself and that you both would “appear” in the film as characters to illustrate the process of its making?

Litvintseva + Wagner: We didn’t initially plan to make the film in this self-reflexive way nor to feature [ourselves] as characters. Initially, we were genuinely trying to get access to film at the NPL. When the access was ultimately denied, we decided to structure the film around that scene. Even then, the process of arriving at the film’s final structure and the filmmaking techniques we pursued in narrating the different historical moments took over a year from that point and went through many different versions.

HtN: How do you divide responsibilities on a film such as this? Despite the obvious from the credits—Sasha, camera; Beny, additional music—how are aspects of editing, direction and sound design decided between you both? What are your methods of collaboration (and, as this is your third collaboration together, how have those methods changed over time)? 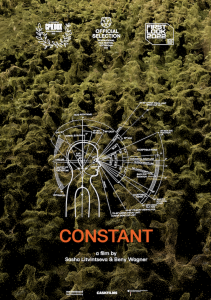 L+W: Our collaboration is completely symbiotic. Which is to say all the key filmmaking jobs—writing, directing, editing, sound design—we sit and do together. It is also symbiotically linked with our day-to-day life as ideas arise out of events we experience or books we’ve read which continuously inform the project we’re working on at that time, even if we’re not in an intensive work period.

HtN: As a starting point, the progression from units of measurements which are derived from body-parts to the development of the metric system is a leap from something concrete (yet inconsistent) to an abstraction (although theoretically never-changing).

L+W: What you define as abstract or concrete also always changes and the history of metrology is a history of these conceptual changes, too. The current definition of the metre is based on the measurement of the speed of light. Its proponents would probably argue that there is nothing more concrete than that. For someone without access to advanced physics, a body is much more concrete.

HtN: Was it always certain that the essential expedition of the astronomers would be photographed in 360-degrees?

L+W: The idea to use 360 came relatively late, when we were already planning the shoot (unlike the photogrammetry which we’d decided to use quite early-on in the devising of the structure of the film). With 360, what started as a metaphor—a globe for a globe—kept having resonance and kept growing as we applied it. Ultimately, what resonated even more strongly than the spherical metaphor was how both a 360 camera image and the calculation of the size of the Earth are dependent on mathematically erasing the tool of observation.

HtN: Were there particular challenges in getting that sequence (and others) to work as you’d intended?

L+W: Filming the 360 material was quite challenging in pretty hilarious ways. Having previously worked in comparatively more documentary modes, this was our first time properly working with actors—doing a casting call, etc.—and they also happened to be wearing full 18th century costumes, wigs and all. This, in itself, is already challenging. With 360 cameras there is literally no ‘behind the camera” as everything all around it is going to get captured. We had to give the actors the camera to carry, give them instructions of actions to perform and paths to take and then run and hide in a bush. We did a lot of tests in advance and the material we got surpassed our expectations. But on the day, we had no real way of knowing what we were getting and the poor actors were totally bewildered.

HtN: I might be far-wrong but it seems in this film (and your earlier work) that you are rather open to unplanned occurrences and intent on working those unintended developments—mistakes, some might call them (although they’re definitely not mistakes)—into the finished work? Or perhaps my perception of the “unintended” is merely that nothing is predictable.

L+W: It is great to hear that you pick up on the constant response to unintended things. We feel very strongly about allowing room for the unintended and often working from there. Constant is by far the most structured film we’ve ever done, partly because of the nature of the story and what it takes to communicate its nuances, partly because we made it during COVID and we had to plan things quite precisely to be able to do anything at all, partly because of the technologies we used (photogrammetry, for example, which made us reliant on other people with specific technical skills). But even with all the premeditation, we worked, as always, through a constant feedback loop between our ideas and the realities of images, sounds, words as they began to emerge, then back to ideas, etc. In many ways, the film is structured around the unintended: the office scene was unexpected and should have been where the initial film idea stopped but was actually where the film began. All of our favorite moments in the film are the expressions of the unintended (such as the fly that lands on the lens in one of the 360 scenes). This is so key because ultimately the film is about all that is immeasurable and escapes predetermined standards.

HtN: The fly was a particularly fortuitous incident. Lastly, although the road for this particular release is quite early with IFFR and First Look thus far, how has your experience with the film corresponded with the initial reactions from audiences (virtual, thus far; in-person the week-after-next)? Does your relationship to the work evolve as more folks see it and discuss it?

L+W: Sadly, because of the Dutch COVID lockdown and IFFR going virtual, we ourselves have yet to see the film either on the big screen or with other people. Usually those experiences are when the relationship to the work evolves—experiencing it afresh among other spectators—and we really look forward to that at First Look (and CPH:DOX and Courtisane in the couple-of-weeks following). However, at the same time, the film going online at IFFR has somehow meant that we’ve had quite a lot of involved interactions and feedback; our relationship to the film has definitely already been evolving in response to these discussions. When making Constant, we definitely realized the potential dangers of such an information-heavy film and it has been great to see people engaging with it so positively. To see that it is indeed possible to combine essay with music video; trippy aesthetics with a historical narrative and theory; humor with politics. We were compelled to put all of these things in relation to each other in a single work, as these are all things that inspire us. It is very encouraging for the things we’ll do in the future to see that it is landing.