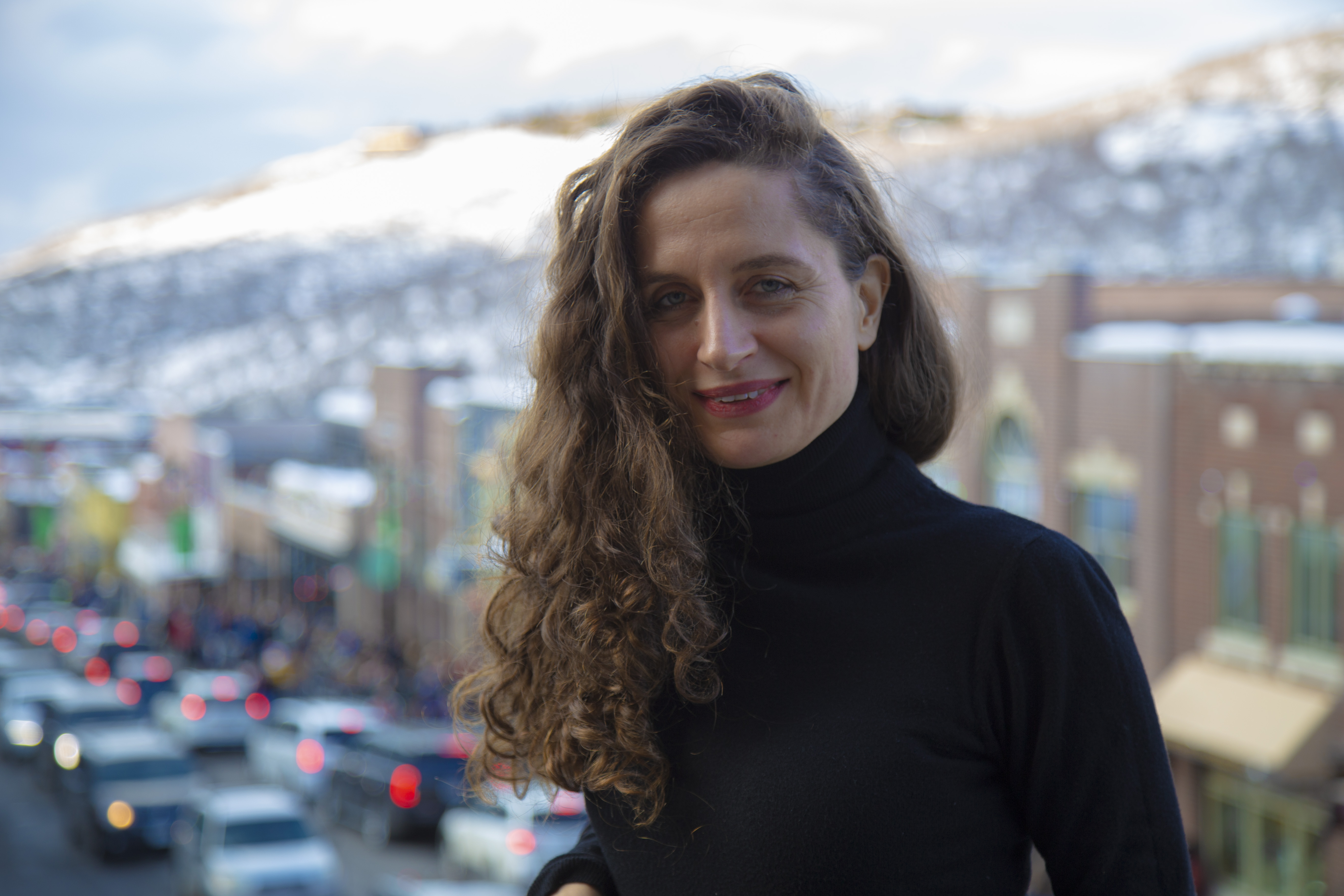 I met with German director Elke Margarete Lehrenkrauss, making her feature debut, on Saturday, January 25, 2020, at the 2020 Slamdance Film Festival, to discuss her magnificent Lovemobil (which I also reviewed), a documentary that takes a raw and close-quarters look at the dispiriting lives of Germany’s foreign sex workers. We follow Uschi, an older former prostitute who now rents camper trailers – the “lovemobils” of the title – to folks like Milena and Rita, the one from Bulgaria, the other from Nigeria, whose stories we also learn. Beyond the affecting nature of the tales, themselves, Lehrenkrauss wows us with the level of trust she earns with her subjects (and their clients, some of whom appear on camera, as well). It’s a truly remarkable work of filmmaking. Here is a condensed digest of our conversation, edited for length and clarity. At times, I have adjusted Lehrenkrauss’s otherwise fine English to make it fit American idioms.

Hammer to Nail: What drew you to the subject of sex workers outside of Wolfsburg, Germany?

Elke Lehrenkrauss: Actually, I am from that town and so these sex workers in those caravans are a childhood memory for me.

HtN: So, they’ve been there for quite a long time, then. Have there always been foreign workers in those caravans?

EL: No, and that’s a big part of my film, too. When I was young, they were all Germans and now they are all from different countries. It was actually a picture of a woman from Africa sitting in this dark forest in the German countryside as a prostitute which made me want to make a film about it, because it’s so strong and so wrong that I just wanted to tell about what’s happening in this world.

HtN: Was that woman you saw Rita, who was eventually in your film?

EL: No, it was a different woman.

HtN: One of the really remarkable things about your film is the access. The trust that these women and their clients and Milena’s friend all give you to allow you in there with your camera is really quite astonishing. How did you gain all these people’s trust?

EL: It took me a very long time to really get close to these women, over the course of three years. I started off knocking on the doors of these caravans and of course nobody wanted to make a film about their lives because most of their families don’t know and so they kind of secretly work there. The first woman who really wanted to take part in my film was Uschi, the one who rents the buses, and she kind of opened up the scene to us. But it still took a lot of time just hanging out there, being present, and then they kind of they let us into their lives, because they saw our deep interest not only in them as a subject for a film, but also as a person. I wanted to make a film about them as people and not only about the topic. I think that kind of was also what they, in the end, wanted.

HtN: So, sex work is legal in Germany, but I imagine there’s still a stigma attached to frequenting prostitutes, no? Was it difficult to find men who would agree to be on camera?

EL: You mean as a client?

EL: No, that was actually the least of our problems, to find men who were willing to perform in front of the camera. We even had applicants who asked us, “Hey, my friend was there filming with you, can I come, too?” It was very, very absurd and the clients who come there do not have a big problem with what prostitution stands for and being on camera. Well, some of them, of course, but most of them were not so afraid of the camera and that really shocked me because it also shows that there is no problem with prostitution, and I think that’s not good for society. 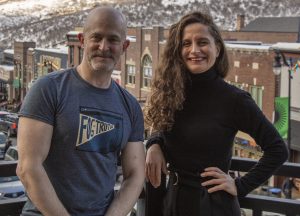 HtN: Sure. On the other hand, it is legal in Germany, which might explain the lack of shame.

EL: Yes. Well, prostitution is legal, but being a pimp is illegal.

HtN: Isn’t Uschi a pimp, though, or a madam?

EL: Not in the sense of the law and that makes the difference, because she is renting the caravans, and so she is actually a bus renter, like somebody who rents a bus. So she actually has a business which has nothing to do with prostitution.

HtN: Interesting. What about the guy in the club? Isn’t that, in a sense, pimping as well?

EL: That’s the gray zone, the definition by the law, and this law is actually the problem.

HtN: Right. So, you filmed for three years. At what point did you feel comfortable turning the camera on? Did you start right away, filming things that you could? Or in that three-year time was there a year devoted to research? How did that work?

EL: Well, it was one year devoted to research and to actually finding out what this topic was and who these people were that I wanted to make a film about. You have to get a sense of what it’s like to be working in these buses, not as a German, but as somebody from a different country. You really have to listen to the stories and the problems, and that also really changed my view on sex work in Germany, because what they do is actually prostitution, which is a huge difference because they depend on the money, they depend on the people. They are not free sex workers who do it out of pleasure or whatever.

So, finding what I wanted to tell and finding out what is the appropriate way to picture these women was very difficult. Also, the aesthetic way I wanted to do it wasn’t easy, because I wanted to film in a cinematic way, far from journalistic reportage, to have the character of a real movie where you really, as a spectator, sense the atmosphere, what it’s like to be in these buses. That was very important to me so that you could, on the big screen, feel how lonely it is, how fearful.

HtN: What rights do these women have as foreign sex workers in Germany? If they just wanted to pack up and leave, as we see Rita start to try to do, can they do that, or is there debt that they have to pay? Is it a form of indentured servitude?

EL: Legally speaking, they can just pack up and go, but they always have debts to the people who brought them over, who helped them to come over. That is like what I said is the illegal gray zone. The police can’t do anything because these women do not tell them, because they have families back home and their families get threatened by the people who brought them over, so that’s the big problem. The police can’t change anything if the women do not speak out. Not all of them have debts, but many of them do.

HtN: What do you think, in today’s Germany, is the ratio of German to foreign sex workers?

EL: Well, in general, in the big cities there are more sex workers, but it always depends. On this road, however, I would say like 90, 95% are from foreign countries.

HtN: Uschi is such an interesting character because she bridges that divide, since she, herself, was a sex worker in the 1960s and 70s, however long she did it, and now she is basically a madam even though she’s not.

HtN: So, you said she was the first one to do the film. How did you approach her about it?

EL: Yes, she was the first one and she was very open to making this film. We quickly got really close, even though we have different opinions, I think she kind of saw us like her daughters or sons. She was in from the beginning. She saw the film and she didn’t have much of an emotional reaction to it. I thought she would freak out or she would love it or she would want me to change something and she was … OK with it, just OK. You know, not great, not bad, she was just … OK with it. Which was a weird reaction for me as a filmmaker because when you make a film and you show it to your protagonists, it’s like the biggest mountain you have to step over. You just think, “Will they love it, will they hate it?” But she and the other two protagonists were all kind of emotionless about it. It was like, “OK, that’s nice.” Yeah, that was the reaction.

But Uschi, for me, is still one of the most interesting characters in the film because she actually does the job of a man, yet is a woman. This is kind of important to me because it shows that not all men are bad, or that women are always victims. It shows that it is also about hierarchies and about power and the misuse of power and that those who are at the bottom before, when they get up, they do not change the world. They kind of are happy that they are on top now. 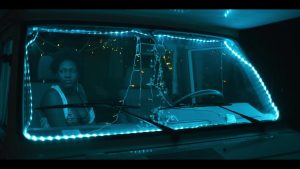 HtN: But it’s also the only system Uschi’s ever known, so it makes sense in her world that you work your way up.

EL: Exactly, and that is the difficult thing about it.

HtN: So, last question: what are Milena and Rita doing now? You said they’ve seen the film, so you’re obviously in touch with them. Are they still doing sex work?

HtN: Oh, that’s good, that’s good! And they had no reservations about exposing their lives to the world? Because Milena didn’t want to tell people, but now she’s in a movie about this.

EL: I think she also used us and the camera to kind of build up the pressure to get out of it.

HtN: That makes sense. It was good therapy, in a sense, talking through all the things she didn’t want to do.

HtN: Did her friend help her leave?

EL: No, it didn’t come to that in the end. She just made it out by herself and I think that’s also very good for her.

HtN: Well, good! Congratulations on the film. It’s really quite remarkable and I wish you all good things with it.