Ferzan Ozpetek first gained the attention of American audiences with his debut feature film Steam: The Turkish Bath (1997) and he has not stopped working since. Over the past 15 years, Ozpetek has established himself as one of the leading voices of modern Italian cinema, with ten films addressing a diverse range of dramatic concerns and genres. In 2008, The Museum of Modern Art presented a retrospective of his work on the occasion of the release of his film A Perfect Day. Hammer To Nail sat down with Ozpetek on June 8th, just as his latest film Magnificent Presence was set to screen as part of the the Film Society of Lincoln Center’s “Open Roads: New Italian Cinema 2012” program.

Hammer to Nail: First off, a little bit about your background as a filmmaker. As a Turkish citizen who emigrated to Italy to study cinema, I am wondering what drew you initially to Italian cinema as a young man and made you want to become a part of that tradition? 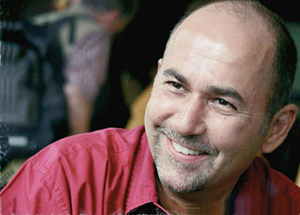 Ferzan Ozpetek: It’s difficult to answer that. The other night, I was at an award ceremony in Rome in a beautiful place and there were classic films being presented and I thought about all of the Germans and Austrians who started out in Europe and then emigrated to the U.S. and became great American directors. Why did that happen and why did the same not happen in Italy? I don’t know how to explain that, really. For me, it’s a matter of biographical coincidences that lead me to Italy. At the same time, I can’t say that I am not proud when I walk into, say, the big DVD stores and I see all the little DVD cases with names like Visconti on them and then I see Ferzan Ozpetek [FO laughs]… I’m extremely honored to be in that company. But I am very much aware that I am the only person with a foreign name who is counted among working directors in Italy at a certain level of success at this point. I’m very glad about that and a little perplexed too; I’m not quite sure how it all came about. In America, it’s easier because so many people came and were assimilated. In Italy, that has never happened; Italian directors were Italians by birth, mostly. Because in America, everyone is a stranger in one way or another. Not in Europe.

H2N: Do you think your “outsider” status has informed your cinema?

FO: I’m not sure. I don’t think it is so much about being Italian or Turkish or American or whatever you are. If you have a vision, the vision really comes from yourself. It’s probably less tied to cultural backgrounds than most people would make you believe.

H2N: That is interesting as it relates to your new film, Magnificent Presence. One of the major themes of the film is solitude, the way in which an individual alone with their thoughts and ideas can turn solitude into a creative energy for themselves. Is that reflective of your own creative process? 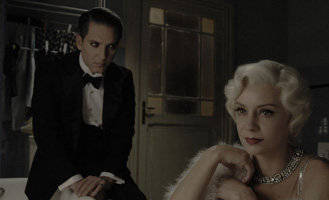 FO: Well. I love having people over at home; eight, nine, ten people over for dinner. We cook and it is a big communal thing, but at the same time, a lot of the time you will find me over in the next room, reading something, looking something up, if only for a few minutes before I rejoin the group. I’m always thinking about a project. So yes, I think there is certainly a sense of solitude that is independent of being in the group or being with other people. It is a personal sensibility, whether you are in company or not. But the film is about a different type of solitude, it’s really more radical in a way. [The film’s protagonist] Pietro [Elio Germano] is someone who is divorced from the world almost; not accepted, not a part of it. In that sense, he is very solitary, which also leaves a lot of options to him that other people don’t have.

H2N: Yes, he seems to be literally haunted by history and has a powerful relationship to the theater. Do you get the feeling, as I did, that Pietro is a man out of time, that’s he’s passionate about the historic place of his craft in the modern world? Is that something you feel in your own work?

FO: In the final analysis, I think any director will always include things about himself in his characters. Being a director is very much about mixing truth and fiction, just as it is in this film, and sometimes I, at least, lose myself in that game, and it becomes hard to distinguish what is and is not true. But that’s not only true for Pietro; a lot of what I am, you will also find in Pietro’s cousin, Maria [Paola Minaccioni], who looks after Pietro. That’s me, too. Fiction is more complicated than just one character.

H2N: You address that in the last line of the film, which is a voice off-screen saying “Fiction…. fiction…”; it almost seems like a reminder to yourself that filmmaking is a fictional process in some way.

FO: Well yes, absolutely. I really think the ending is meant to put the whole film in question, not just in that line, but in the fact that the scenery we see on the stage in the final sequence is, in fact, Pietro’s apartment. You start wondering what is real and what is not. That, to me, is something that is true in life; the division isn’t always clear.

H2N: Your path as a screenwriter has gone from solo screenwriting credits to now a few collaborations on your screenplays. While filmmaking is an incredibly collaborative process, writing is often about solitude. Can you talk about collaborating on the script? 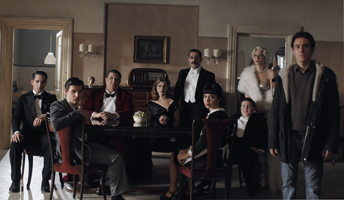 FO: Well, no, I think collaboration is hugely important and in writing too. I’ve always worked like that in some shape or form. I’ve always worked at least with someone else to look over the script and work on it. The way I work is that, the first draft of the script, we read with the actual actors who will be in the film, and during those readings, lots of things change. I change not just dialogue, but aspects of the story, depending on what comes out of the reading. For example, the last scene of my previous film Loose Cannons, which is this dance between the characters in the film and those who are long dead, I had this idea and I talked about it with the actors who commented on it, and everyone seemed to think it was a good idea. So, that’s what we wrote, using direct feedback from this natural process. All of my films are like that. All films are made by many, many people. As a director, you shape all of that into the film’s form, but it’s all about the communal effort.

H2N: Do you have an intensive rehearsal process or does the writing process continue on set?

FO: We absolutely do rehearse first. I have people over to my place and we eat. It’s not a very formal atmosphere, I just bring my co-writers over and the actors, but we literally read the script. It’s a little like we used to do in school, everyone has their part and we just do a table read. And then, after we make the changes, we close that process before we start shooting. What you have to keep in mind is that actors are aliens, and I mean that in the best possible way. They always suggest something slightly off that you probably never would have thought of, and that is very, very valuable.