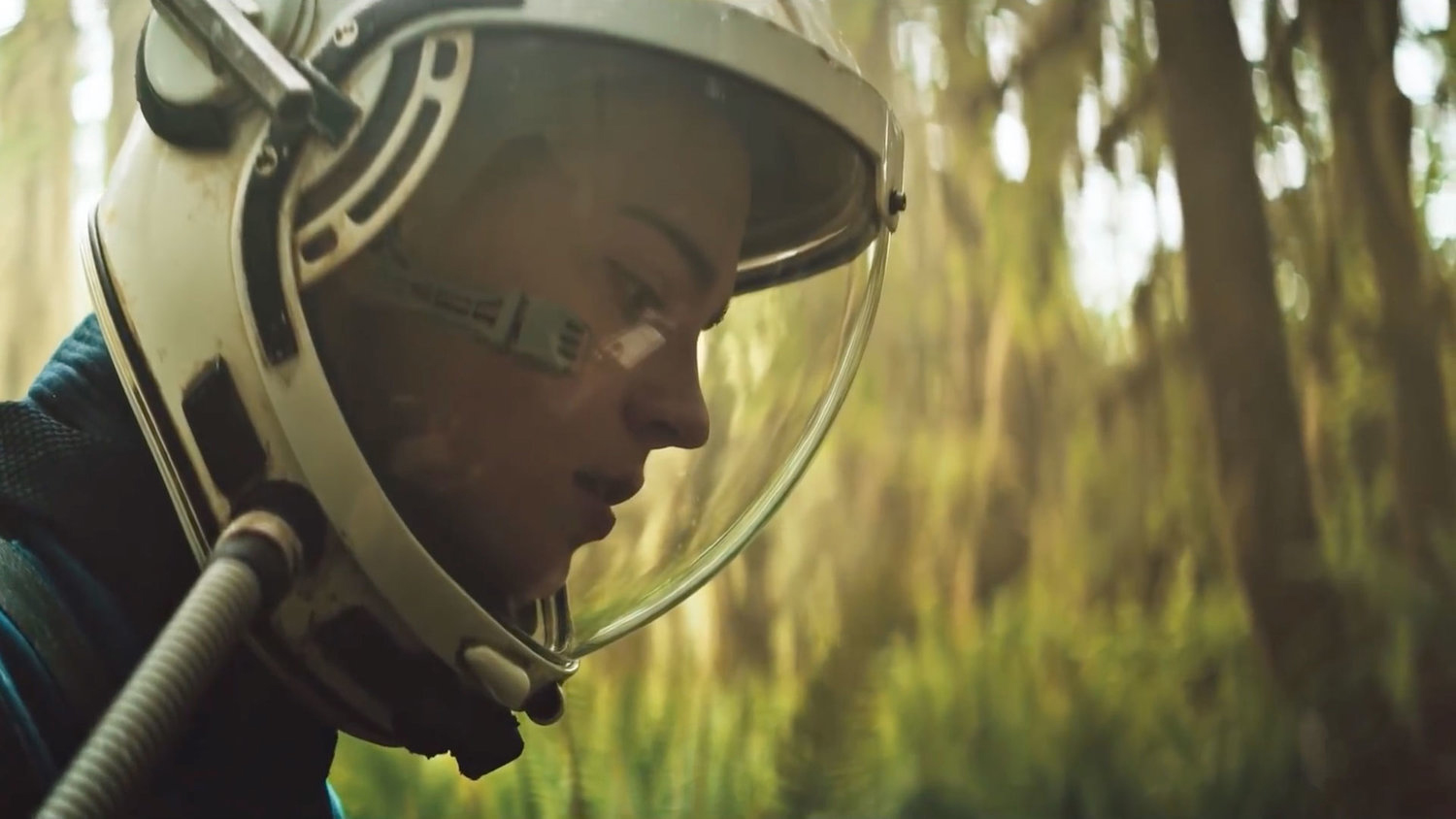 (The longest-running film festival in the Americas, the San Francisco International Film Festival (SFFILM) ran April 4-17, 2018. Hammer to Nail had boots on the ground!)

The universe is vast and mysterious. But the fact remains that even if humans manage to dwell beyond the confines of Earth, we will still be humans. We’ll likely always be slaves to some sort of currency and thrive on a class divide, even in a far-flung future galaxy. Writer/director team Zeek Earl and Christopher Caldwell work off of this concept in their debut feature space western, Prospect. The alien world they’ve miraculously created on a shoestring budget is rife with implications of an expansive human-populated universe that is inaccessible to their financially-strapped protagonist.

Cee (Sophie Thatcher) is a teenager living with her widower father, Damon (Jay Duplass), on a space freighter. They are prospectors in orbit around a green moon rich with precious gems called aurelacs. Extracting them from their fleshy spermatozoidal sacs is a risky and complicated process. But Damon is uniquely skilled and also desperate to make ends meet, which is why he decides to risk their lives for the chance at one big score that would cure their financial ills for good. Of course, they aren’t the only ones after the motherlode. Damon’s get-rich-quick scheme soon turns into a fight for survival for him and his daughter.

Their journey gets off to a bad start when their derelict shuttle crash-lands off course. The moon’s atmosphere is filled with poisonous particles, so Damon gives his daughter “the good filter” for their long walk. To further complicate matters, they’re on a tight schedule. If they don’t make it back to their freighter in time, they’ll “miss the sling,” which is apparently their last ticket out of Dodge. Before long, Damon and Cee encounter a pair of bandits who have been stranded on the moon for some time. They’re looking for a way off and they don’t mind commandeering Damon and Cee’s prospective fortune while they’re at it. Eventually, Cee and the ominously eloquent desperado, Ezra (Game of Thrones’ Pedro Pascal) must team up to complete the mission.

The most impressive thing about Prospect is the staggering detail Caldwell and Earl put into building a world that is barely recognizable to our own. Shot in the eerie old growth Hoh Rainforest on the Washington State’s Olympic Peninsula, the towering, moss-covered trees and extremely dense plant life is wild and wondrous. All it takes for us to believe they are on a distant moon is a few small CGI details and some practical effects in the form of flatulent foliage and the fleshy, oozing sacks which house the aurelacs. They spent seven months building props, sets, and costumes and their hard work shows. They’ve thought of everything from corporate logos and alien alphabets to futuristic pharmaceuticals and hexagonal air guns.

Earl and Caldwell also scored big with their cast. Cee doesn’t say much, but Thatcher tells us everything we need to know through body language and the choices she makes in a pinch. Cee was forced to grow up too quickly because her mother is dead and her father is emotionally unavailable. In Damon’s presence, she does what she’s told with defiant teenage exasperation. But when there’s no one to order her around, she’s quick on her feet with only the slightest hint of childlike fear behind her decisiveness. When she reluctantly teams up with Ezra, she’s clearly aware of what’s at stake and doesn’t harbor any illusions about the moral character of her companion. But she also knows that he needs her as much as she needs him in order to escape their barely-habitable moon prison.

Likewise, Pascal’s Ezra doesn’t have the arc you might expect from a hardened criminal traveling with a teenage girl. But he imbues his Al Swearengen prose with just a hint of integrity. At the SIFF screening, the directors mentioned that they were in awe of Pascal’s performance, which was often nailed in a single take because he was so uncomfortable in the cumbersome space suit.

But Prospect is more than just a cool mumblecore sci-fi joint. It’s also a Ray Bradbury-esque existential drama. We learn through casual conversation that somewhere there are people lounging in creature comforts. If Damon and Cee are the have-nots, we can easily imagine the haves whose ranks they long to join. Their mission is extremely risky but Damon feels like they’re doomed already unless they get their payday. It’s a working-class view of the future where the stakes are high, nothing works properly, and there’s no one coming to save you.