Hong Sang-soo is the Philip Roth of international art-house cinema. I don’t just mean that as a way of saying, “He’s really great!”—although he is. Hong, like Roth, tends to tell the same story over and over again. Usually the story centers on a man, a teacher or writer or artist, and his problems with women. As with Roth, although the male point of view is privileged, the men don’t emerge from this prolonged examination of their flaws, fantasies, and failures looking all that hot. And as with Roth, the stubborn fixation on the same narrow concerns never wears out its welcome—both artists keep things fresh with new observations, superb comedy, and a restless delight in formal play. 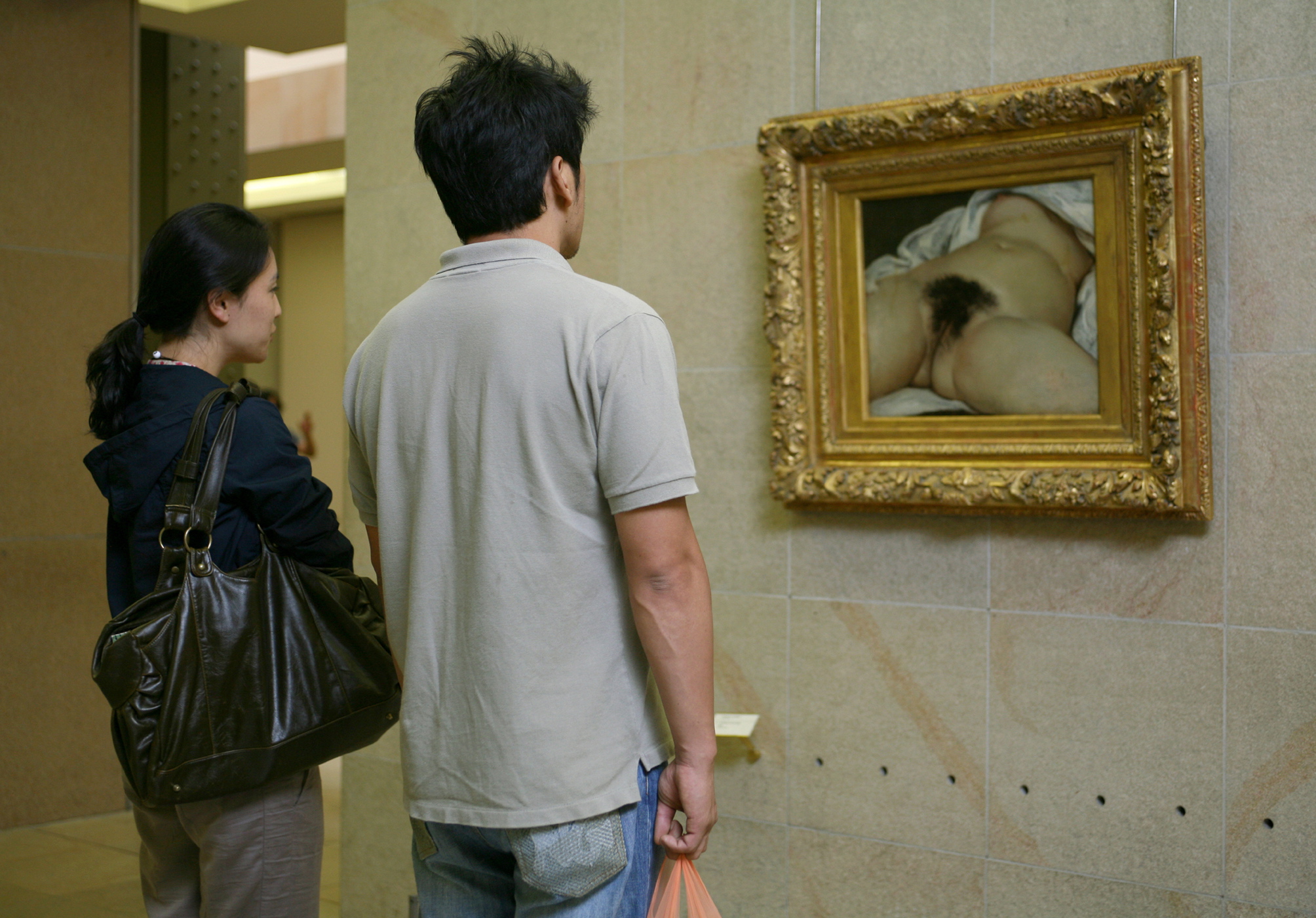 With his eighth feature, Night and Day, which had its U.S. premiere at the New York Film Festival, Hong once again delivers the goods. This time, he’s transplanted his horny, hapless Koreans to Paris. Sung-nam (Kim Young-ho) is a 40-ish painter who flees Seoul, leaving wife and work behind, when word gets out that the police are looking for him due to a pot-smoking episode with some American graduate students. He’s homesick and misses his wife terribly, but that doesn’t stop him from falling for a fellow Korean expat, an art student named Yu-jeong (Park Eun-hye). Sung-nam pursues her, while keeping other women in various states of uncertainty and occasional undress. Hong has a genius for tracing the inconstancy of the male mind, with its muddled motives, its rapid swings between self-aggrandizement and self-pity, its nobler aspirations dragged down by low impulses like a dog pulling its owner into a mud puddle. The film moves along at an unhurried pace, accumulating bits of behavior and gauging the variations in its characters’ emotional temperatures, until one day, Sung-nam gets a call from home: his time in Paris, part idyll, part midlife crisis, is about to come to an end.

In this film and his previous one, Woman on the Beach (2006), Hong seems to be moving away from the audacious narrative trickery of his earlier work, with its doublings and repetitions and time-jumps. Here we get straightforward realism, but for a couple of brief dream scenes, one merely humorous, the other more serious in what it implies about Sung-nam’s deepest desires. The film ends with a camera-tilt up into the clouds in one of Sung-nam’s paintings, as Beethoven’s Symphony No. 7 soars on the soundtrack—a brief vision of tranquility and transcendence. But down here on the ground, things are still a sad, sorry mess.

The Argentinian writer/director Lucrecia Martel returned to NYFF with her third feature, The Headless Woman. Véronica (María Onetto), an upper-middle-class dentist, wife, and mother, suffers a head injury when she loses control of her car. Afterward, she develops an amnesia-like condition. It’s not that she’s forgotten who she is, exactly. It’s that she’s forgotten what everything means to her. She’s disconnected from her husband, her patients, her ailing mother, and her social circle. Worse, she’s become convinced that she killed someone with her car, although we saw earlier that she “only” hit a dog. 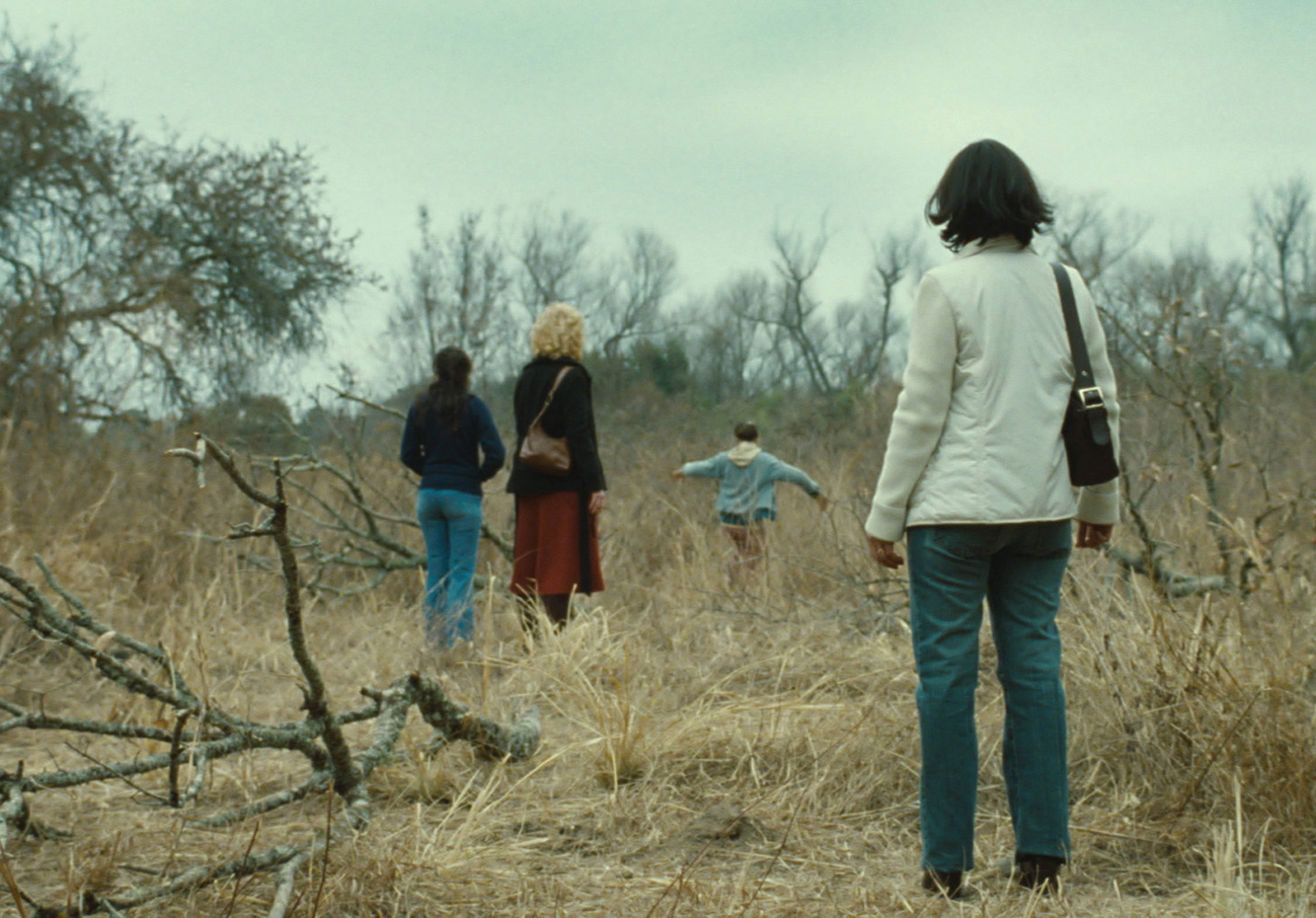 Calling Martel’s work understated would be an understatement. As with her 2001 debut La Ciénaga (I still haven’t seen 2004’s The Holy Girl), I’m simultaneously amazed by her mastery of technique and her novelistically layered depictions of character, and somewhat baffled by what’s going on, at a fundamental level, from scene to scene. She so strenuously avoids the usual movie methods of narrative exposition and dramatic emphasis that her films pretty much require more than one viewing. But this much seems clear: The Headless Woman continues La Ciénaga’s critique of Argentina’s privileged classes. Véronica and her cohort move through a world of unquestioned entitlement; the poorer and darker-skinned characters glimpsed in the corners of the frame are, in their own way, headless (and faceless and voiceless) as well. Véronica’s post-accident alienation from her world, and her conviction that she killed someone, may be subconscious manifestations of class guilt, just as her change from dyed platinum blonde to dyed brunette may represent her lack of identity, or her attempt to beat back encroaching age… or none of the above, or all of the above.

Confused as I was for long stretches, unsure as I was about what it all added up to, I still found much to admire in the movie. The upside to Martel’s oblique approach to storytelling is the way she’s able to convey a lifelike density in her characters’ relationships to each other: when Véronica and her sister visit their senile mother and watch a VHS tape of Véronica’s wedding, the crosscurrents of emotion are palpable, and all the more affecting for being so subtly rendered. And Martel’s mise-en-scène is a wonder to behold—note the endlessly inventive variations she plays upon the film’s central visual idea of obscured vision: bodies with the heads out of frame, doorways that suggest exits to oblivion, fogged windows, mirrors reflecting a profound blankness in the characters’ inner lives.

I was glad to see both of these acclaimed directors pushing forward in pursuit of their idiosyncratic personal visions. But the highlight of the NYFF for me this year was the revival of a rarely screened 1978 film by Guy Debord, the French writer, filmmaker, intellectual provocateur, and founder of the Situationist movement.

The title in full is In girum imus nocte et consumimur igni—a Latin palindrome that has been translated as “We turn in the night, consumed by fire.” Debord committed suicide in 1994, and In girum was intended to be his last film, though he ended up collaborating on a television documentary about his life and work that aired the year of his death. It’s a terminal film in all kinds of ways—not only the artist’s final cinematic statement, but also an elegy for a lost time (Debord’s own youth), a farewell to fallen comrades, and a post-mortem on his generation’s failure to bring about a new society. 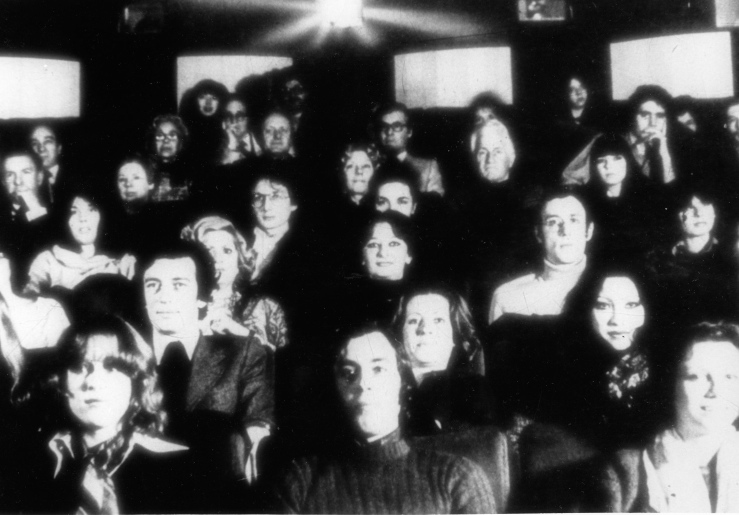 And yet none of that gets close to the film’s true spirit, which is burningly intense, engaged, and alive. And defiant. And angry. Kent Jones’s program notes for the NYFF screening of In girum conclude with the words, “Without exaggeration, this is one of the most provocative experiences you’ll ever have at the movies.” A hell of a bold challenge, but after fifteen minutes I was almost ready to agree. The movie takes the form of a docu-essay—a 100-minute monologue read by Debord over a montage of documentary footage, snippets from other movies, photos, comic strips, and more. It begins with an aggressive assault on the educated classes of modern industrial society, the movie-going intelligentsia—i.e., the kind of people most likely to be watching In girum itself. Not quite that old bogeyman, the “bourgeoisie,” but the “skilled employees in the various ’service’ occupations that are so necessary to the present production system: management, control, maintenance, research, teaching, propaganda, entertainment, and pseudocritique.” In short, me, probably you, and a lot of people we know. How does this next passage strike you, especially in light of the last few weeks?

How harshly the mode of production has treated them! With all their “upward mobility” they have lost the little they had and gained what no one wanted. They share poverties and humiliations from all the past systems of exploitation without sharing in the revolts against those systems. … But these privileged workers of a totally commodified society differ from slaves in that they themselves must provide for their own upkeep. In this regard they are more like serfs…. [S]ooner or later they find themselves obliged to consume on credit; and the credit they are granted is docked from their pay, forcing them to work even more to free themselves from debt. … Though nominally free workers and consumers, they are scorned everywhere and have no real possibility of redress.

Before long, Debord turns his attention away from the outer world and toward his own past. The narration shifts to a memoiristic mode, but it’s a memoir without specifics: names, dates, places are, for the most part, non-existent. Debord shapes his memories into poetic reveries. His youth becomes abstracted and universalized to stand for all youth everywhere at all times. This may sound overly grandiose or vague in theory, but Debord leaves an open space for his viewers/listeners to fill with their own thoughts, hopes, dreams, and regrets:

Perhaps we might not have been quite so ruthless if we had found some already-initiated project that seemed to merit our support. But there was no such project. The only cause we supported we had to define and launch ourselves. There was nothing above us that we could respect.

In any case, one traverses an era like one passes the Dogana promontory—that is to say, rather quickly.

At first, as it’s approaching, you don’t notice it. Then you discover it as you come abreast of it, and you cannot fail to recognize that it was designed to be seen in this particular way and no other. But already we are passing the cape, and leaving it behind us, and heading into unknown waters.

The script of Debord’s narration can be found in books or online in English translation, and it’s a terrific read in itself, as I hope these brief excerpts suggest. But combined with Debord’s witty and beautifully controlled montage, it takes on a grave majesty. Seeing the film projected at the Walter Reade Theater before a hushed full-capacity crowd was the most powerful moviegoing experience I’ve had in some time. In girum ends with the title, “A REPRENDRE DEPUIS LE DÉBUT”—”To be gone through again from the beginning.” As Greil Marcus noted during the discussion following the NYFF screening, this is Debord’s way of telling us that although he and his contemporaries may have come to the end of something, the world’s not slowing down on their account. The mission must be renewed, and the journey taken up again by new travelers. But it’s also a self-mocking pun on Debord’s own egotism: he wants us to watch his movie again. I hope I get the chance to, soon.

(As of this writing, neither Night and Day nor The Headless Woman have U.S. distribution. The script of In girum, translated (as are all the excerpts above) by Ken Knabb, can be found here. In girum can be viewed online at UbuWeb and YouTube subtitled in Italian, but even if your French or Italian are up to it, I wouldn’t recommend watching it this way.)