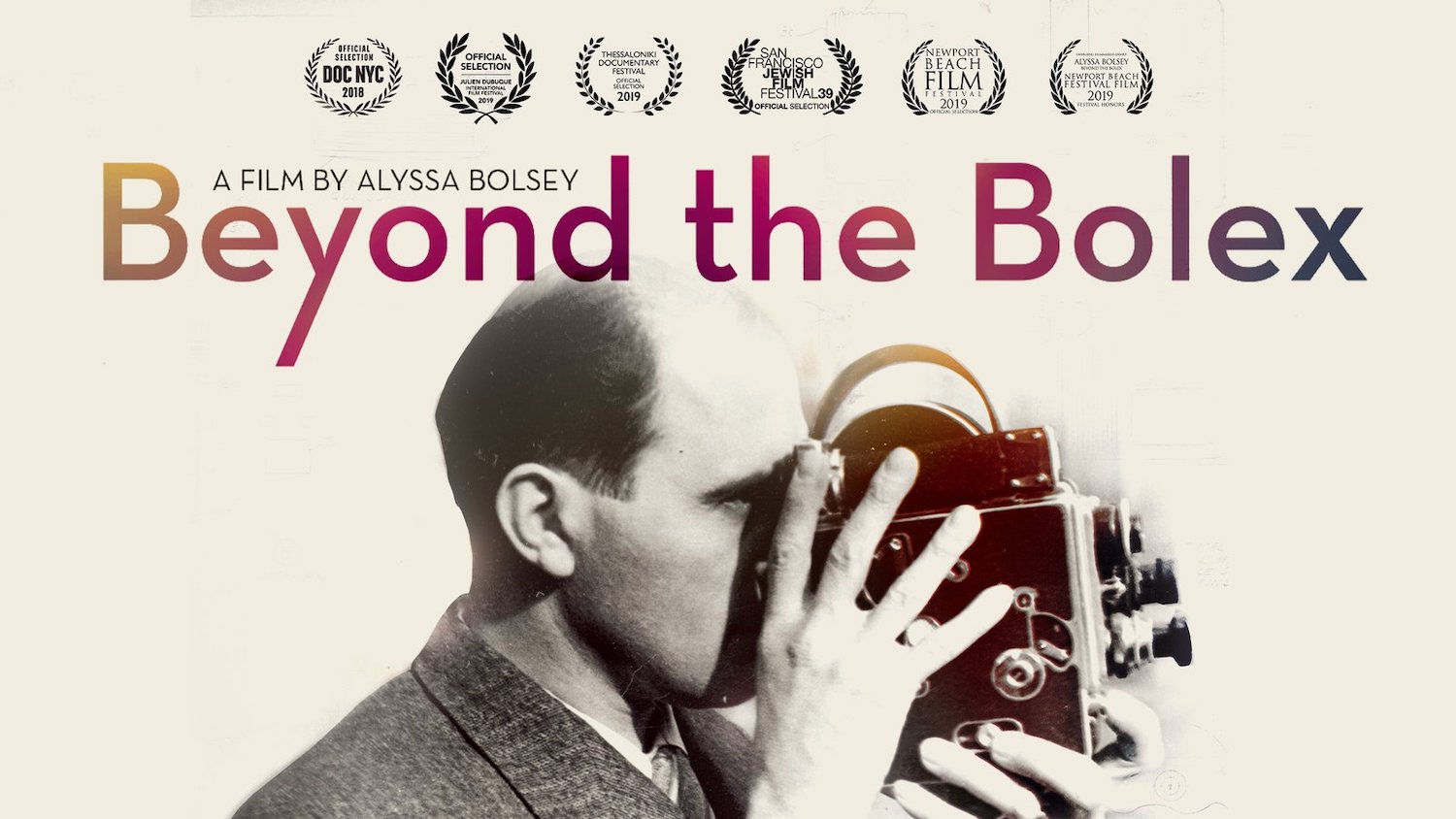 Imagine this: you have a lifelong interest in filmmaking, yet grow up without knowing of your family’s direct connection to one of the most innovative cameras in the history of cinema. After the death of your grandfather – who was, sadly, somewhat estranged from his son, your father – you discover in his archives, much to your surprise, photos and documents establishing his father (i.e., your great-grandfather) as the inventor of the Bolex. That windup, battery-less 16mm camera made moving-image storytelling, back in the 1920s, easily accessible to the general public in the same way that modern video and digital-cinema cameras and editing platforms have done in more recent years. What would your response be to such a revelation? Why, to make a movie, right?

That, in any case, is what Alyssa Bolsey decided to do with Beyond the Bolex, her debut feature documentary, and it proved a great decision for both her and the viewer. Over the course of 13 years, starting in 2004, she reconstructed the history of her ingenious ancestor, Jacques Bolsey (also known as Bolsky, né Bogopolsky) – born in Kiev in 1895 – and his trajectory from his native Ukraine to Switzerland and then the United States, where he died in 1962. A boundlessly creative man, he did more than just design the perfect consumer camera of his time, but also directed many short films and continued to develop innovative new devices right up until his death. The Bolex was perhaps his primary technical achievement, but there was much beyond it, as well.

And what makes the Bolex so special? As someone who has shot with it, I can attest to its ease of use, in any environment. Its winding mechanism makes it perfect for remote-location shooting, without any worries over lack of power (though the approximately 30-second limit that places on shot length is a downside). Its rotating lens turret is another nice feature, making a single camera quickly able to switch between focal lengths (though some cameras, in later years, came equipped with zoom lenses, instead). It also only works with daylight spools – 100-foot-long reels of 16mm film that can be loaded and removed in direct light without exposing anything but the heads and tails of the spool – making it especially versatile as a tool for amateurs and pros, alike. It is, in short, a beautiful melding of art and technology, well deserving of all accolades.

This is more than just an historical narrative, however, as Alyssa Bolsey, given her close (if long-unknown) link to the subject, crafts a deeply personal story, as well. She is our main guide through the journey of discovery. Fortunately, she has unfettered access to her great-grandfather’s archives, using copious old footage to support the more contemporary material. In addition, she weaves in some fascinating talking-head interviews with filmmakers like Barbara Hammer and Wim Wenders, both of whom have worked with the Bolex, adding their voices to the paean of praise sung to Jacques’ brilliance. It all comes together in a fascinating mix, making of Beyond the Bolex not only a great biopic, but also a marvelous celebration of the art of cinema, as well.