(The 2016 Sundance Film Festival has come to a close but the coverage can’t stop! Won’t stop!)

In the early 2000s, the literary world became smitten with a young male author named JT LeRoy. A teen hustler with a rough past, often conflicted about how he’d like to be perceived, gender-wise, LeRoy became a cult sensation, particularly among celebrity circles. With one of his books adapted for the big screen by Asia Argento and a presence in the fashion world, LeRoy was on top of the world… until it came into question whether JT LeRoy existed at all. Was the person claiming to be JT LeRoy, who hung out with any number of celebrities, actually JT LeRoy? Was JT LeRoy a pen name? Just what is going on here?

Filmmaker Jeff Feuerzeig‘s Author: The JT LeRoy Story answers all these questions, and more, before its running time is done. At the center of the documentary is Laura Albert, the woman who wrote the stories attributed to JT LeRoy. Though, if you ask her, she’d might answer that JT wrote those stories, using her. See, there’s a lot going on here, way more than simply using a pen name in an attempt to game the literary market. Various personas fly fast and furious, and JT LeRoy becomes less like a creation and more like a creator that perhaps shouldn’t have been allowed to steer the ship for as long as he did. Does that make sense? You’ll have to see the film to decide for yourself.

While I can’t imagine a more straightforward and easy to follow explanation of the entire JT LeRoy mythos and situation, I’d be lying if I didn’t admit, after the film ended, that I wished the film had come with a study guide or character map or something. It’s like going on a guided hike, whereupon reaching your destination, your guide disappears and you realize you’re in the middle of the woods with no idea how you got there, or how to get out. You think you know, but you never truly get it.

Which extends to the entire narrative, really. Even though things are getting explained, it doesn’t necessarily mean the narrator of this tale is reliable; Albert is the one who had the world convinced that JT LeRoy was real, so who’s to say that she couldn’t be equally as convincing as a talking head in a documentary. It wouldn’t be surprising to me for ten different people to walk away from this film with ten completely different, often conflicting, ideas of what they just saw. And that’s pretty spectacular, honestly. 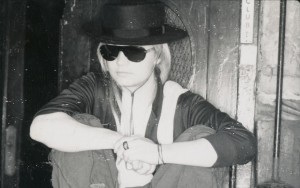 If the tale at hand can be challenging, so too can the technical execution at times. Since so much of the film’s journey is taken via the recordings of phone conversations (and Albert seemingly recorded everything), often the film is forced to find a way to make listening to a recording seem visually interesting. Sometimes this works, sometimes it becomes tiring and repetitive. I think I hit a bit of a wall with the recordings early on, but as I got more and more caught up in the JT LeRoy saga, I became more and more forgiving of the techniques utilized. Regardless, creativity in documentary filmmaking was required, and I think the film delivers.

In the end, I think the film makes a great case that the entire JT LeRoy situation was not something that one could simply dismiss as a hoax. There’s far too much going on, and it’s hard to honestly see any malicious intent as explained here. That assumes you believe everything you hear in the film, however, and I don’t think it is necessarily unwise to remain dubious. Still, kudos to the filmmaker Jeff Feuerzeig and subject Laura Albert for taking the audience on such a journey, regardless of where they eventually end up, or what they wind up ultimately believing.