(AFI Docs, one of the finest documentary film festivals in the world kicks off June 22 and runs through June 26. We have a bunch of coverage planned so stay tuned to HtN…)

We are a tribal species, fond of inventing reasons to demonize others as excuses to acquire new territory or simply assert our dominance. Even more, we like to send the young and able of our kind to battle. Let them fight our wars, so that (insert your country here) may triumph. So goes the human race.

There are valid reasons for maintaining a military. Self-defense is smart policy. There are also times when waging war may be the only way to guarantee safety, or the only way to prevent other aggressive powers from doing wrong. In given millennia, centuries, decades and years, countries that were once belligerent may become peaceful, and vice versa; history’s villains and heroes can swap places. Powers that once exercised force responsibly may later go astray. The truth may also simply be more complicated than simple good vs. evil, and good people or good countries may do bad things. Sometimes, even in just wars, the participants commit atrocities.

What happens to people of conscience when they find themselves immersed in the horrors of war? Since 1980, we have accepted that veterans may suffer from Posttraumatic Stress Disorder (PTSD) as a result of their service. This condition was not new to the Vietnam War; we simply finally had a name for it. Part of why the public was perhaps then receptive to the idea that soldiers might emerge from the crucible of battle with psychological issues was the deep ambivalence towards that war. Why were we in Asia, and was it absolutely terrorize to terrorize the population in the name of fighting Communism? 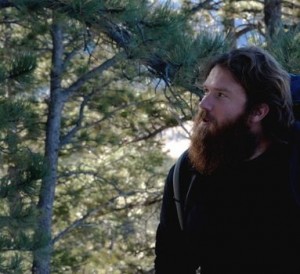 Almost 30 years after Vietnam, America found itself once more in a war to which a sizable portion of its population was opposed. Even worse than the questionable reasons for the invasion of Iraq was the resultant behavior of some of the troops, labelled atrocities by some. If you were a young person who volunteered to serve, believing in your country, what might happen to you if witnessed, or participated in, these questionable acts?

Filmmaker Michael Collins (Give Up Tomorrow) addresses this very question head on in his new documentary, Almost Sunrise. He begins with the startling statistic that “22 U.S. veterans take their own lives every day.” In other words, according to the director (quoted from the press notes), “we lose more soldiers to suicide than to combat.” Beyond the issues of PTSD, there is a new term now being used to describe the pain that these veterans experience: “moral injury.” When you partake in actions abhorrent to your sense of basic morality, the cost can be depression and suicidal thoughts.

Collins follows two veterans of the (second) Iraq War, Tom Voss and Anthony Anderson. Each, in his own way, struggles with the daily stress of moving beyond his military experience. They drink too much and isolate themselves from friends and family. When Tom decides to walk across the country, from Wisconsin (where he lives) to California, to clear his head and have something to do (beyond pondering his own death), Anthony decides to join him. Soon, their plans get national attention and a name – “Veterans Trek” – and what started as two men dealing with private problems becomes a symbolic action to draw attention to the plight of all troubled veterans.

It’s a film remarkable for its frank discussion of war, its morality, and the way society treats those who have served their country. Tom’s girlfriend, Katinka Hooyer, a postdoctoral fellow in Family and Community Medicine at the Medical College of Wisconsin, who does research in collaboration with the Veterans Health Administration on emerging holistic therapies, doubles as story subject and talking-head expert, and her thoughts on our evolving approach to the treatment of PTSD and “moral injury” ground the movie in solid facts about the costs of war. Her relationship with Tom is at the center of his part of the story, and we watch on tenterhooks, unsure if he will be able to heal in time to stay with this remarkable woman.

It’s not all talk of gloom and doom, however. Voss and Anderson, bearded and bedraggled, unhappy though they may be, take us on a journey across many a beautiful landscape. A new day – a new sunrise – may be just around the corner. Or not. The movie keeps us guessing. At the very least, however, this film, like the trek, should raise public awareness about the plight of our military veterans, and help us help them to heal.