The 5th Annual Montclair Film Festival wrapped up last week.  Spanning two weekends, the fest continues to serve up a delectable blend of accessible indies, “local” films, and more challenging arthouse gems; a symbiosis that attracts a wide range of film lovers from one of the more art-sensible areas of northern New Jersey. This balance of programming is the heartbeat of the festival – there’s truly something for everyone and, most importantly, the films are scheduled well. (There’s nothing more frustrating than having all the films you want to see play at the same time, or  having chunks of time where nothing interests you).

This year’s fest opened with Roger Ross WIlliams’ Sundance award-winning doc Life Animated, and closed with Barbara Kopple’s Miss Sharon Jones!. In between were dozens upon dozens of exciting new films (many of which have been covered here previously): Donald Cried, Always Shine, Free in Deed, Under the Shadow, Contemporary Color, Weiner, The Arbalest and Cameraperson just to name a few. But like the best regional festivals I got a chance to dig deeper, and the results were nothing less than enjoyable. 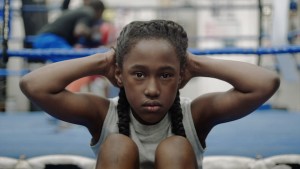 Anna Rose Holmer’s The Fits is a hard film to explain – which is what makes it so special. On paper it’s about a young woman (an impeccable Royalty Hightower) whose adolescent passion shifts from boxing to dance. Set in Cincinnati’s West End, the film is a coming of age story but it’s also so much more. It’s about the complex relationships between adolescent friends, it’s about competition, and it’s about gender identity. But these are only what it’s about when you look back at the film, because while watching it, it’s about one thing – the experience. I never really knew where the film was heading until it ended, yet I loved every minute of it. (I can’t even imagine trying to pitch the film to investors). Stylistically, to use the “h-word”* would be an injustice –because The Fits is so much more than that. It’s a wonderfully unique film full of endless ideas. If you have yet to see it you’re in luck: Oscilloscope’s putting it out starting June 3rd.

Lo and Behold, Reveries of the Connected World 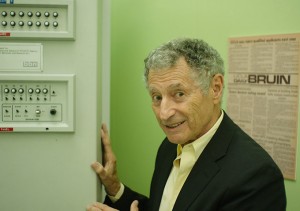 Herzog’s latest documentary, Lo and Behold, Reveries of the Connected World, is comprised of a series of anecdotes and intellectual musings conceptually grouped into ten sections concerning the internet and history and the future of man’s connectivity. Often fascinating, some anecdotes play out as potential Black Mirror scenarios while some nuggets of scientific pontification (at least for me) go over one’s head. At its weakest the film is Herzog merely asking intriguing questions from the world’s top minds. At its strongest the audience has no choice but to begin inwardly examining their own lives and our relationship with technology. Some of the points are so thought provoking I’d actually have preferred it as a ten hour series where each section had time to breath rather than be quickly forgotten as soon as the next complex idea came along. Is there now-standard Herzog narration? You bet. But it’s thankfully restrained. 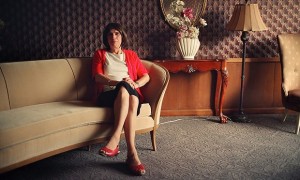 A far less-fitting title for Jessica Dimmock and Christopher LaMarca’s doc The Pearl could have been “Trans(ition).” The film gives us a powerful look at four elderly men transitioning to women in the Pacific Northwest. We’re poignantly reminded that transgender men and women don’t simply go to bed one sex and wake up another. Shifting between three central stories the audience is given impressively intimate access to our characters, who, by many different circumstances, have to spend at least some part of their lives hiding their desired identity.  The access and resulting intimacy of The Pearl is reason enough to check it out. In fact, the intimacy is so powerful I often found myself forgetting it was a documentary and judging the character’s decisions as if they were that of a writer or director. Like many films relying on such access, the story and the editing suffer ever so slightly because of it. 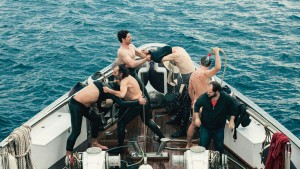 I finally caught up with Athina Rachel Tsangari’s Locarno/Toronto/NYFF-playing Chevalier. A satirical look at a group men whom after a short power outage on a phallic looking yacht resort to a game of one-upping one another in a quest to determine which of them is the “greatest.” Similar in look and feel to a Ruben Östlund film, Chevalier is a hilarious, insightful, and beautiful look at privileged European masculinity. With a coat of satire so thick it’s often difficult to see beneath it, Chevalier makes Mediterranean uber-yachting as grotesque as Ostlund makes skiing in Force Majeur. To give you a sense of how outlandish (yet never truly farcical) these men take their competition, at one point a character begs to show off his “perfect” erection. 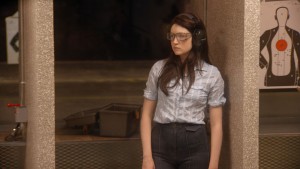 On this site in 2013, director/editor Robert Greene called for the Cinema Eye Honors to add an award recognizing performance in non-fiction. Ever since the film that sparked that conversation, Kati with an I, Greene has continued to pursue (full steam) the concept of performance in his films (full disclosure: Robert and I are good friends and I worked on his first three films). Both Fake it So Real and Actress ask the audience to question both reality and the motives, desires, and fears of our non-fiction protagonists. In his newest film, Kate Plays Christine, Greene dials this up to 11. Not only does Kate Lyn Sheil give one hell of a performance, she also gives a performance inside that performance, and perhaps another inside of that one? Kate plays a fictional version of herself auditioning for a fictitious role (which Greene does, however, create) portraying Christine Chubbuck, a Sarasota, FL based newscaster who infamously became the first person to commit suicide on live television (the story became the inspiration for Network). The result is an invigorating foray into cinematic non-fiction that recalls the famous idea that narrative films are simply documentaries of actors working. But in this case the actor working is pretending not to be acting, which is, after all, just acting. But with all the meta-ness aside, the examination Sheil and Greene give into our society’s connection to broadcast news and our desire for “blood and guts” is enough meat to leave you chewing for days. 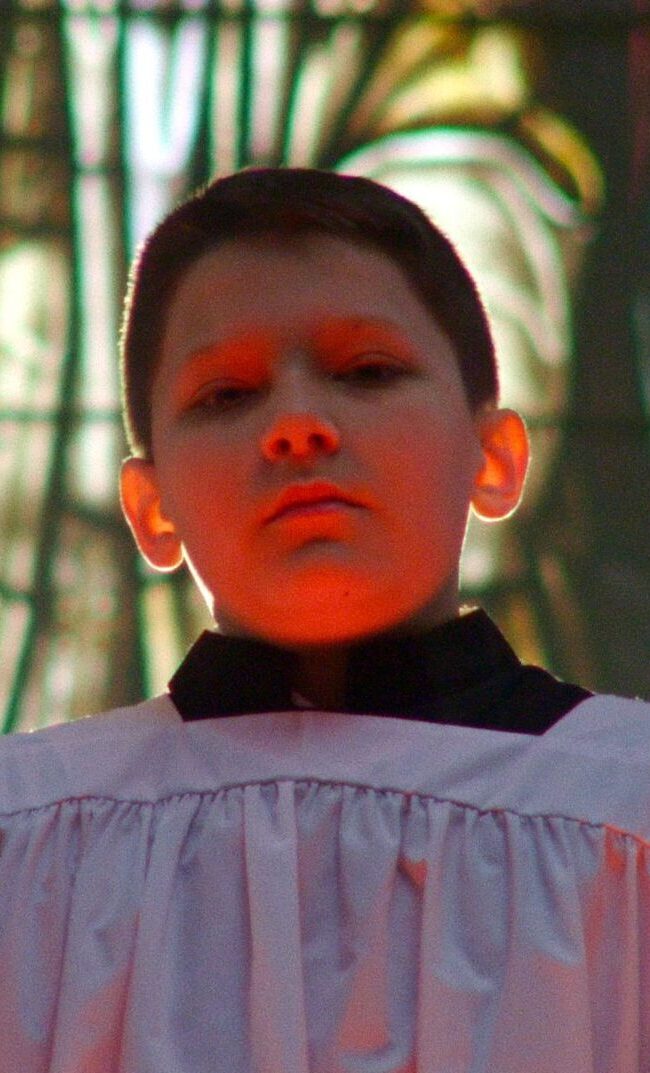