Watching so many of 2014’s films all at once, it was hard not to notice. I had sensed it coming for a while, but now it had arrived and was clearly running the show. But why? 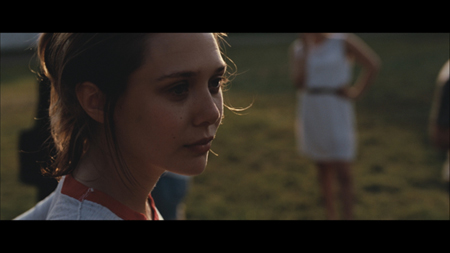 I am talking about aspect ratios, specifically the newly crowned widescreen 2.35:1. Have you noticed? Just to check whether this recent surge in popularity was all in my imagination, I did a quick tabulation. I looked at the films selected for the Sundance U.S. Dramatic Competition. Last year, in 2014, of the 16 films in this section, 11 films used the 2.35 aspect ratio. What was this count like 5 years ago, or 10 years ago? In 2009: 5 out of 16 films. In 2004: 2 out of 16. So since 2004, every five years the proportion of films utilizing 2.35 has more than doubled to the point where it is now the dominant aspect ratio. (And this is not only a domestic phenomenon as the Sundance World Dramatic Competition has also seen the use of 2.35 shoot up over the years to the same level of dominance. In 2014, 2 out of every 3 films in this section used this aspect ratio.) This is a dramatic change. We’re not talking about a transformation over a long stretch of film history, just very recent history.

I don’t expect many people get excited about conversations on aspect ratio, but I believe that choosing the extremely wide 2.35 anamorphic perspective can have dramatic effects on a film that eclipse the preferred technical topics of camera, capture format, lenses, and sensors. Composition is not technology, and so its lack of novelty may inspire less conversation, but I think the choice of canvas dimensions is paramount. The ability to contextualize and relate subjects geometrically is a powerfully efficient tool for expressing immediate emotion and narrative, as well as broader social, political, and spiritual forces.

To focus this conversation, I would like to acknowledge two things. First, there is a lot of current filmmaking concerned with the question of aspect ratio, including a number of films that use rare, experimental, or multiple aspect ratios. Second, there are also many solid reasons to employ the 2.35 aspect ratio, and a long list of triumphant realizations in this category [***see below***]. I would like to set aside these two worthy subjects to instead address this narrower question: for independent film, how did 2.35 go from being an aspect ratio to being the aspect ratio, and what are the consequences for composition?

So how did we get here, this state where not just some films, but a dominant majority, choose 2.35? Here’s a flip answer: Sundance programmers really like 2.35. Actually, there may be something interesting in this response. It could be the case that the 2.35 aspect ratio serves as a kind of artistic signal. Signals are never the main event, but they can prime the audience to receive the main event.

Moving outside the perspective of Sundance programmers to the broader world of digital consumption, it’s not hard to see how 2.35 can be a signal in this world. The staple of the citizen’s daily video diet is likely something close to 1.78. In such an environment, the wider aspect ratio can be a differentiator, signalling: I am a movie and not just another video. If this is in fact a force in what is happening, what’s interesting is that it sounds like a repeated cycle of history. The original film format ratio was about 1.33, which mimics the field of view of human eyesight. Televisions borrowed these proportions. As television grew in popularity, films developed various widescreen formats, including the very wide CinemaScope format, to distinguish themselves from the home television experience. Similarly, to distinguish themselves from the ubiquitous 1.78 of cyberspace, films may now be sending out this 2.35 signal. A significant difference to note in the two historical cycles is that the former involved actual expansions in the width of screen space and picture exhibited. The latter, in the world of personal digital consumption, results in less picture area on the screen.

I often hear that 2.35 “feels more cinematic.” The natural question to follow is: What is the cinematic reference? For example, if we’re looking at cinema as Sundance in 2004, 2.35 would look decidedly non-cinematic. If it’s looking at the current cinema, it makes sense, but that merely confirms the convention and doesn’t answer the question of how we got here. I believe the cinematic reference points are a subset of films from a particular time, where the 2.35 aspect ratio was aligned with the practice of capturing physically elaborate subjects. The aims of such films appear to me at odds with the core of many independent films, and so I also interpret this sentiment as a signal. It is a signal of personal history and spiritual alliance but may not emerge organically from the project at hand.

So if the dramatic growth in the use of 2.35 is due to its use as a signal, it would be curious but not the strangest of human conventions. The more substantial question is: Does this convention have aesthetic consequences?

I find it very challenging to compose in 2.35. The panoramic view, a natural fit for seeing cities, landscapes and stars, is hard on humans. A human face can dominate more square formats, but only a piece of a human face can dominate 2.35. The upright human body is the inverse of its proportions. 2.35 can either accommodate a thin vertical slice of human or the whole in a wider view, where the power of the human action, alone or in pairs, can be diluted by the volume of other information occupied by the frame. Oftentimes the game plan seems to be to leave the wide quickly and rely on close-ups, a kind of surrender to the challenge and an abdication of masters and their unique way of capturing interpersonal relationships. If one stays wide, I’ve seen clever strategies to create frames within frames or otherwise carving out negative space, but these compositions seem to betray the fact that it was all an unnatural fit to begin with. Even the recent Russian film Elena, which was so thoughtfully composed, appeared to be bumping its head on the aspect ratio from time to time. The squarer formats are more flexible for accommodating changes in tone and mental focus within a scene. In Elena, the film would at times have to play an uncharacteristically heavy hand and pull focus to inject dynamic into the wide shots.

Intimacy and balance are difficult to achieve in 2.35. The canvas always seems to be pointing a finger at how distant objects are from each other. Cross cut singles, and the subjects feel a world apart, especially when abstracted objects or dead space take up the remainder of the frame. And compositional balance is tricky as there is a force like torque at play. The farther you go from the center of the frame, the same object will exert more and more of a force to tip the scales. 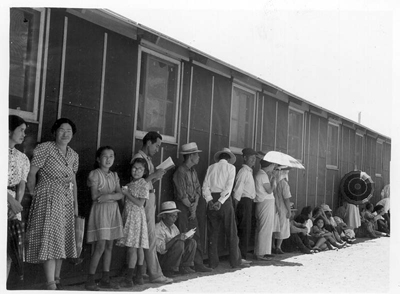 While there are no dictates on realism, 2.35 is not how we, with the standard set of human eyes, naturally perceive the world. I point this out only because it seems to be piling on to all sorts of stylized visual departures from realism that have also recently come to dominate: color bias, high contrast, shallow focus, lack of white light, unbalanced skin tones. For me, these choices, particularly en masse, are frequently impediments to recognizing and empathizing with the human subjects being photographed. It’s the opposite experience of looking at a Dorothea Lange photograph.

I have a fear: that we have drifted into this convention either for surface reasons or without really having given it much thought, trading away a canvas rich with compositional possibility for a narrower one at odds with the needs of many independent films. Even if the broad move itself does not reflect less current sensitivity to composition, continuing along this path seems likely to erode composition skills.

These are opening thoughts more than final assessment. I hope that you will help fill in the gaps of my understanding with your experiences. Whether it is to confirm my conjectures or upend them, feel free to comment or write me an e-mail ([email protected]com). In particular, if you have come across or invented solutions to some of these composition challenges, I believe it will be useful for me, and for about two-thirds of the filmmakers out there, to hear them. If there is enough material, I will summarize these ideas and experiences in a follow-up article.

***Technically shot in “Technirama”, Luchino Visconti’s 1963 film The Leopard has been released in various widescreen formats up to 2.55. Its strong compositions transform interiors into landscapes and landscapes into personal portraits. The scenic elements—even when they function like negative space—have texture, design, and an important narrative role that justifies how the widescreen format can sometimes give equal or more weight to environments than to characters. For a film that considers the theme of how individuals, even the seemingly wealthy and powerful, are subject to social and historical forces beyond themselves, it is a unique example of an organic match between subject matter, format, and resources for realization. This alignment is rare in film, and even rarer in independent film.