September. Labor Day. Back to School. This month, we decided to celebrate these annual occasions by picking movies that are connected to ‘work’ or ‘school’ in some way, shape, or form. As you’ll see, some of the chosen titles aren’t necessarily “hidden” gems, but I took the editorial liberty to lift those constraints for the time being, well, just because I felt like lifting them. So call in sick to work, skip class, and do what you would really rather be doing by Netflixing the day away. (Note: Pardon Mr. Adams’s disobeying of the suggested word limit of 100. He swears it couldn’t be helped.) 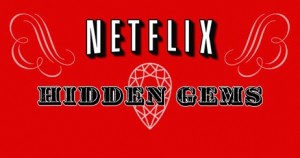 WORK Series: Sheriff (2006) and Musician (2007) — Since “work” is the theme this month, where better to start than with the first two installments of the WORK Series by Daniel Kraus?

The protector calms us when we’re alarmed and alarms us when we’re calm, shocks us out of complacency and placates us when what we fear is not all that bad. Ronald E. Hewitt, the titular lawman in Sheriff, disarms the ever-leaned-in news media (their cameras pose nude for Kraus’s stealthier camera) by delivering matter-of-fact monologues about apprehended perpetrators and their felonies of choice. Kraus said he decided to make this film when he saw Hewitt walk out of a flaming building with a baby in one hand and a shotgun in the other and begin addressing the assembled newscasters without stopping for breath—and that is indeed the man at the center of this film. We might distrust his keen ability to master a spectacle of horror, but when it comes to law enforcement Hewitt embodies an unexpected pick-your-battles fairness. That nudist colony over yonder does not facilitate dangerous crimes but backroom gambling does—so goes his earnest negotiation with a Bible Belt constituency as he kneads the pulpit at a small church during its civic duty hours.

Ken Vandermark, a less oratorically gifted Musician, doesn’t vamp. In at least one scene words are pried from him (one wonders if Vandermark’s deadpan modesty is the exception in the WORK Series, as the other film/job titles are Preacher and Professor). He’s academic enough to engage young listeners with proselytic pedagogy but also lugs heavy equipment down dark narrow hallways—we’re reminded that musicians must at times be as invisible as janitors. Kraus allows a moment of tendentious comment to intrude behind Vandermark’s back as he reveals that the musician’s largely unseen wife pays the bills, feeds the dog and takes out the trash while the important artist travels abundantly. Vandermark (and Kraus) both know there is a kind of music which can only matter when performed live: though it may be adequately bottled by multisensory depiction (e.g., a documentary film), it’s not intended for albums or radios. In such cases we aren’t listening to the music but to the musician, and being present is the point. Vandermark’s final performance in the 58-minute film sounds like some ancient thing breaking, dying; a biblical scourge; the slow destruction of a seafaring vessel. The aggressively atonal “music” calls to mind Joyce Carol Oates’s seditious remark about experimental fiction—that it provides joy for the author alone. Well, in so many cases I bask in that author’s joy and require nothing else.

Are these sheriffs and musicians exemplary in their respective fields (the musician doesn’t do drugs, much to the disappointment of Canadian border cops) or simply amenable to being on camera? Documentaries of this kind need merely to be visually competent, and rough-hewn is perfectly acceptable. That they are visually interesting is hard to believe. Kraus employs devices which preclude any serious application of the term “vérité,” but such departures are liberating. Besides: from the beginning “cinéma vérité” was a useless phrase, a lovely and euphoric lie. (Alejandro Adams)

On the Waterfront (1954) — This Kazan/Brando film ends with the words “Let’s go to work!” Brando has just taken down the mob and given power back to the union. It’s a film about having the right to be honest. To make an honest living. To sweat. Perhaps there is no greater horror then when a man takes away another man’s right to make an effort. (Noah Buschel’s Unhidden Gem) ***STREAM IT***

Guilty By Suspicion (1991) — What happens when the government takes away one’s right to work? Robert De Niro finds out the hard way in this modest but powerful little movie. A big time Hollywood director, he thinks he’s untouchable. But the blacklisting touches everyone. He can either sell out his friends or never direct another film again. “All I ever wanted to do was make movies,” squints Deniro as his dreams are torn apart by his conscience. (Noah Buschel’s Hidden Gem) ***STREAM IT***

Secretary (2002) — Work it, girl! The always-wonderful Maggie Gyllenhaal, in her first starring role, lets her inner masochistic passion loose in this artfully directed small indie by Steven Shainberg. The script by Erin Cressida Wilson is sublime. The also always-wonderful James Spader (his picture should be next to the word wry in the dictionary) plays the S to her M. Successful lawyer Spader promptly hires the recently released young mental hospital patient as his secretary, even though she has absolutely no experience, after she answers his ad: “The law offices of E. Edward Grey, ESQ. requires a secretary who is open to a hands-on disciplinary approach.” The perfect admixture of humor and eroticism, this film makes the idea of working in an office from 9 to 5 quite appealing. (Pamela Cohn)

Innocence (2004) — Before she was a household name, Marion Cotillard (Inception) starred in Innocence, a staggeringly beautiful coming-of-age fable by Lucile Hadzihalilovic (the wife of French enfant terrible Gaspar Noé). Hadzihalilovic’s visionary story is set in an isolated girl’s boarding school where the tropes of womanhood have been transformed into a series of mysterious rituals that shape the flow of the days. But what pleasures exist beyond the school’s walls? Filmed in lusciously saturated colors that accentuate the film’s girls-eye view of a fairy-tale universe, Innocence is a stunning work by a major artist. (Tom Hall)

Office Space — Note: As he’s embroiled in production on his first feature, Mr. Harris has not supplied a description to justify his pick. That said, does Office Space really need an explanation? (Brandon Harris)

Working Girls (1986) —Welcome to a typical day in a Manhattan brothel in 1986. Lizzie Borden’s film follows a “working girl” named Molly who is a lesbian with two degrees from Yale and the same cropped haircut my mom had in 1986. She wears a shapeless azure colored sweater dress and control top panty hose throughout the film making her look much more like a school guidance counselor than a prostitute. Nevertheless she has about eight clients in one day! She and three other Manhattan women wait around all day for clients in an immaculate and expensive apartment eating burgers, reading magazines, making runs for more Trojans, and complaining about their Madame until the doorbell rings and a man says, “I’ll take her.” Molly patiently spanks a lawyer, role plays with a doctor, and provides companionship with a smile. This successful, yet controversial, film premiered at Cannes in the Director’s Fortnight, won best feature at Sundance and was distributed by Miramax. Award winning feminist director Lizzie Borden (Born In Flames) spent six months interviewing real prostitutes for a genuine, non-glamorized peek into an ancient profession that never ceases to be a hot topic. Borden’s brilliant choice in the surprise ending made my jaw drop. First Run Features distributed it on DVD with a commentary track by Borden, as well as cinematographer Julie Irola. (Alexandra Roxo) ***STREAM IT***

Newsfront (1978) — The story of Australian newsreel photographers in the tumultuous forties and fifties, Phillip Noyce’s film is an intimate drama, a sweeping record of social change, and above all, a film that celebrates honest work, craftsmanship, and dedication. (Tom Russell)

Take Out (2008) — Work is pretty much always a grind, but if you’re an illegal Chinese immigrant who has one day to pay off an outstanding debt and your only source of income is delivering Chinese food to thankless, over-privileged New Yorkers, that work day seems much longer. Sean Baker and Shih-Ching Tsou’s outstanding micro-budget drama is modern Neo-Realism at its finest. When I saw it at the time, I said I’d never look at Chinese deliverymen the same way again. Two years, and several hundred movies, later, Take Out still hasn’t faded from my mind. (Michael Tully) ***STREAM IT*** 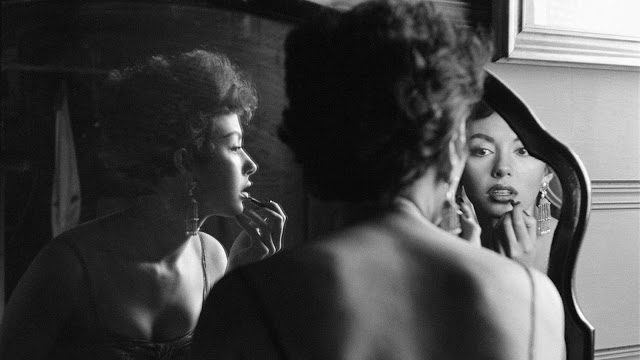