The Way We Get By and 45365 at Rooftop This Weekend

Rooftop Films has already brought the ruckus in a major way this summer, but this weekend packs a particularly impressive one-two punch of special sneak previews, featuring two of the most celebrated new American documentaries of 2009.

On Friday night, July 10th, Aron Gaudet and Gita Pullapilly’s The Way We Get By screens on the lawn of the Automotive High School in Williamsburg, just one week before its official theatrical release on July 17th at the IFC Center. This is one of those films that has proven itself to be a crowd-pleasing concept executed with artistry, winning awards at almost every festival where it’s played (including SXSW, Cleveland, Full Frame, Atlanta, Little Rock, and Newport). I look forward to finally catching up with it this weekend.

On Saturday night, July 11th, one of my favorite films of 2009, Bill and Turner Ross’ 45365, screens on the roof of the Old American Can Factory in Gowanus/Park Slope. A tender portrait of their hometown, Sidney, Ohio, 45365 plays like a greatest hits of a small town’s most iconic symbols and events—homecoming bonfires, football games, Halloween, the carnival, etc.—capturing this slice of distinctly American pie without ever succumbing to condescension or over-sentimentality. The Ross brothers apply a poetic editorial rhythm to their verite footage, creating a truly original atmosphere in which the camera becomes an omniscient presence, literally floating between characters and situations, between time and space, to add an air of dreamy reverie to the proceedings. 45365 is a lovely marvel of a picture. Stay tuned for David Lowery’s full review.

Visit Rooftop Films for details and be sure to appreciate this latest blast of spring-like weather by watching a movie in the good ol’ outdoors. 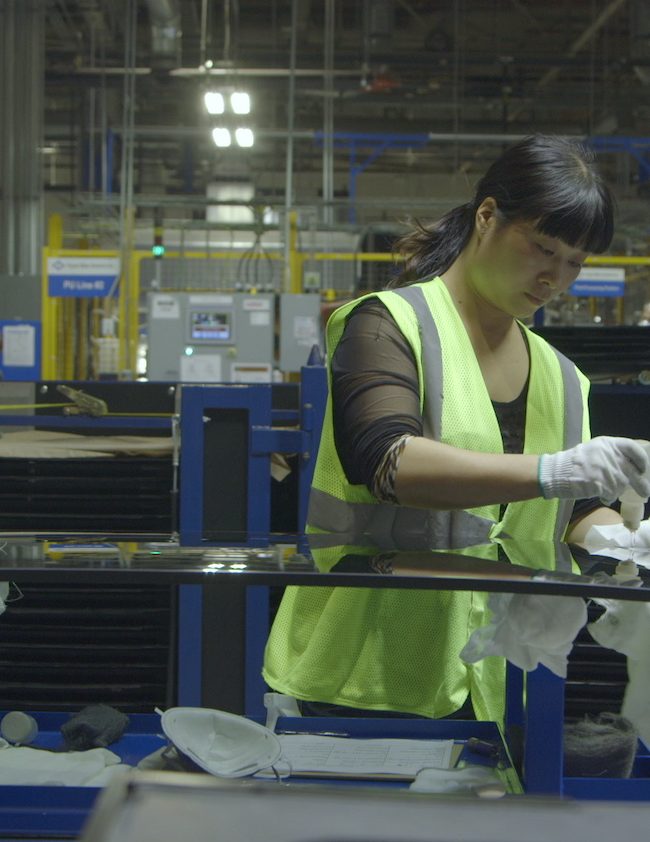