Matthew Silver – The Last of the Underground Filmmakers

Jeff Krulik and I both met a young guy named Matthew Silver ten years ago in Baltimore, Maryland. He was wearing his pajamas and wandering around the Johns Hopkins campus eating from a box of cereal. He was from New Jersey and had a film screening that night at the campus film festival. The film, Mother and Son, was made by Matthew when he was seventeen years old and stars his uncle and grandmother in a nightmare world that could possibly (please don’t let it be) someone’s reality. The editing alone is astonishing enough… but, more than anything, this is a film that is beyond believable. Questions like: how the fuck did someone make this? How are there multiple angles in these scenes that seem to be the stream-of-conscious ramblings of a lunatic? How did he shoot this without the police being called? Is this real? Seriously… it’s disturbing. It makes Frownland look like Sesame Street.

Matthew is a demented genius and many Brooklyn residents may already know him. He’s recently taken to the streets of Williamsburg, calling himself the Cosmological Jester, the Village Idiot, or the Man In The White Dress. He’s THAT GUY on weekend afternoons making a scene on the street corner… and he very well may be the last of the great underground filmmakers.

While John Waters has gone to Broadway, Matthew has plunged himself deeper and deeper into the dirty toilet of filmmaking. Mother and Son was only the beginning. Matthew has continued to make films, ripping his own heart out and putting blood, sweat, tears and God knows what other fluids into his each of his movies. You won’t see these films play ever, anywhere. No one shows movies like this anymore. It’s a rare treat. Be afraid and be brave. These are the kinds of movies you could get Hepatitis from and there’s plenty to celebrate: there does exist an underground kind of movie that still possesses the ability to genuinely shock and disturb you… and, yes, make you laugh. 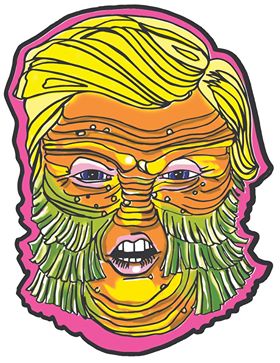