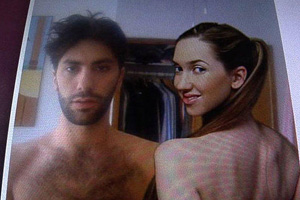 Catfish (Universal) — The less said about the plot of Ariel Schulman and Henry Joost’s Catfish, the better. Which isn’t to say that it only works if one watches it with innocent eyes. But part of its magic is how Schulman and Joost craft their film to feel as if we’re discovering this mystery alongside them. And what a mystery it is. In a 21st century where everyone has a camera and fancy themselves a filmmaker, these actual filmmakers stumbled into their (presumably) major breakout by accident. As for the questions about Catfish’s authenticity, anyone who’s made a film, whether fiction or documentary, knows that manipulation is the name of the game. That question remains irrelevant here. By the end of Catfish, Schulman and Joost, with the help of Schulman’s brother Nev, the film’s “star,” have revealed their true dignity and compassion. It’s what turns Catfish from a gotta see into a must see. Buy it on DVD

The Edge of Dreaming (Lorber Films) — This personal film is told with a keen intelligence, even in the midst of Amy Hardie’s darkest times of despair. By investigating the one thing that most of us are deeply afraid of, this filmmaker has created an ode to all of our senses, not just those limited to our waking perceptions. The Edge of Dreaming provides no facile or conclusive answers at all, instead illustrating what is most mysterious and magical about the undying love we have for life. Read Pamela Cohn’s full review, then buy it on DVD

Bitter Feast (MPI Home Video) — Truth be told, I personally felt a little let down by Joe Maggio’s gleefully disturbing tale about the revenge a shunned chef (James LeGros) takes on a snide food blogger (Josh Leonard), but it shouldn’t be completely dismissed either. That said, chances are this film will go down more tastefully if you like blood squirted on your twisted sense of humor. Buy it on DVD

Have Not Seen Yet But Really/Maybe/Sorta Wanna

Howl (Oscilloscope) — Buy it on DVD

The Last Exorcism (Lionsgate) — Buy it on DVD

Dinner For Schmucks (DreamWorks) — Buy it on DVD