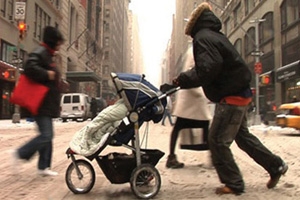 Prince of Broadway (New Video) — It’s hard to make more astute observations about the work of writer/director Sean Baker than the ones that have been made in piece after piece about his last film, Take Out. But, with the coming of his next work, I’m going to try. His latest, Prince of Broadway, is the simple story of a self-proclaimed Ghanaian hustler whose life is turned upside down when his ex-girlfriend Linda stiffs him with their baby to raise. But in the hands of an intelligent and witty filmmaker like Baker, Prince of Broadway is anything but simple. It’s as if Baker could find the drama of a wall being painted and make it kinetic, unexpected and cinematically original with a pixel-vision camera. Read Michael Lerman’s full review as well as my HTN conversation with director Sean Baker. Available on DVD

Page One: Inside the New York Times (Magnolia) — Andrew Rossi’s smart, engaging, and thought-provoking documentary features one of the year’s most compelling big-screen presences in the form of scruffy journalist David Carr, who fights the good fight with a quick wit and an acerbic sense of humor. This film is a conversation starter in the best way, so have some friends over for dinner, watch, and discuss the night away. Available on DVD

Beats, Rhymes & Life: The Travels of A Tribe Called Quest (Sony Classics) — A Tribe Called Quest’s first three albums quite literally changed my life, and from the excellent testimonials presented herein by some of hip-hop’s most influential modern voices—?uestlove, Pharrell, Common—it’s clear that I wasn’t the only one. As Michael Rapaport’s film wears on, however, Beats, Rhymes & Life becomes a more sobering affair as it chronicles the disintegrating relationship, both personal and creative, between Q-Tip and Phife. It’s that broken record cliché all over again, but Rapaport—and the majesty of those snare hits and those melodies—turns this into a rousing crowdpleaser nonetheless. Available on DVD

and at Amazon Instant (BUY/RENT

R (Olive Films) — Movies always seem to come in twos (Capote and Infamous being the most obvious recent example), but it’s unfortunate for directors Michael Noer and Tobias Lindholm that their doppelanger happens to be Jacques Audiard’s ultra-mighty A Prophet. There are just way too many similarities to not keep feeling a sense of déjà vu throughout, but if one can suppress those annoying urges, R turns out to be an even bleaker depiction of life on the inside. In this case, even though our protagonist rises to the occasion, ultimately his cunning can’t conquer his surroundings. It’s a tough movie. (Note: I can promise that after watching R, you’ll never look at Kinder eggs the same way again.) Available on DVD

Armadillo (Lorber Films) — There have been a lot of documentaries set in Afghanistan during the current war, but Janus Metz’s might be the biggest conversation starter of them all. This time around, the soldiers are Danish yet the stakes are as high as ever. Particularly when this group of young men finds itself within arm’s reach of Taliban soldiers, leading to a firefight that provides thrills but will have you and your viewing buddies discussing it for the rest of the night. Available on DVD

The Robber (Kino) — The story of an ex-con who can’t resist the temptation to rob banks, The Robber is an entertaining piece of genre fiction that oscillates between contemplative drama and the kinetic thrill of the chase. Based upon the life and crimes of an Austrian marathon runner named Johannes Rettenberger (played with a perfect antiheroic stoicism by Andreas Lust), Heisenberg’s third feature film is a technically beautiful (the movie is shot in CinemaScope and is full of gorgeously muted grays and blues) piece of storytelling that pulls the viewer between moments of extreme tension (a steadicam chase sequence in real time sends the camera hurtling through doors, down staircases and over chain link fences) and mournful regret. The Robber is easily one of the most accessible films at this year’s NYFF; leave your inner snob at home and go have some fun. Available on DVD

The Names of Love (Music Box Films) — Available on DVD 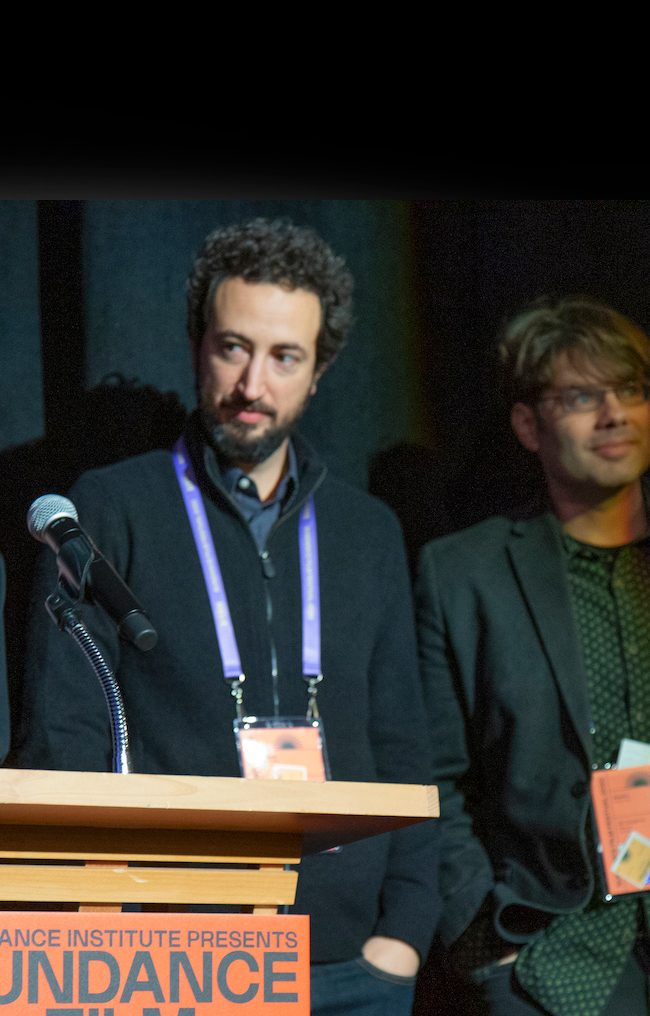