Pick of the Week(s) 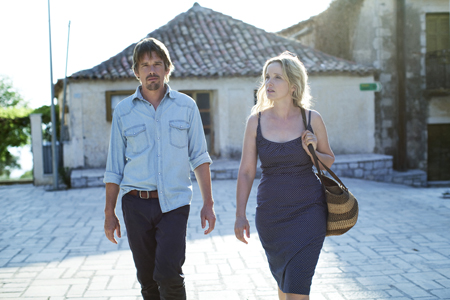 Before Midnight (Sony Classics) — Could they do it again? Could Richard Linklater and Ethan Hawke and Julie Delpy make it three-for-three in the ongoing saga of Jesse and Celine that began with Before Sunrise in 1995 and continued with Before Sunset in 2004? That answer is an emphatic punch in the gut of yes. The beauty of this particular chapter—will it be the last?—is that as soon as we see Jesse and Celine in the frame together, being their typically verbose selves, all hopes and expectations and predictions are erased. To say too much more would spoil the painful honesty on display. After two viewings, the most restrained thing I can say about Before Midnight is that it is a bona fide master lesson in how to explore crushingly personal issues while simultaneously upholding the tradition of cinematic fiction. For anyone out there intent on excavating their own lives for source material, take note. This is how it’s done. Available on DVD 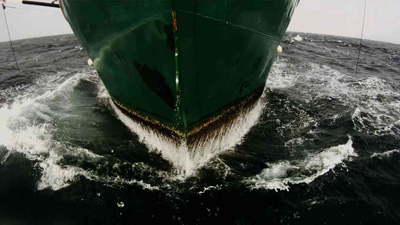 Leviathan (Cinema Guild) — A staggering thrill-ride of an experience, built on moments of astonishing cinematic immediacy, Lucien Castaing-Taylor and Véréna Paravel’s Leviathan marks a major leap forward in nonfiction filmmaking. It’s certainly not a film all viewers will respond to, but as someone who makes documentaries, I see Leviathan as the future. The progeny of direct cinema, experimental film and ethnography, Leviathan uses new cameras and an inventive technique to create something bracingly distinctive. Read Robert Greene’s full HTN review. Available on DVD

The Waiting Room (Docurama) — A deeply political film, mixing a Wiseman-like focus on the nuance of institutions with a powerful humanism to deliver a portrait of an Oakland hospital. The film wants to tell stories, wants to observe the damage wrought by a flawed health care/economic system and succeeds with a rough hand-made quality that adds to the immediacy of the emotional portraits. Necessary viewing. (Robert Greene) Available on DVD

Strongman (Passion River) — Throughout Zachary Levy’s feature-length documentary debut Strongman—winner of the Grand Jury Prize at the 2009 Slamdance Film Festival—Stanley “Stanless Steel” Pleskun uses his kielbasa-sized fingers to try to bend a penny and prove that he’s a strongman superstar of the highest order. The site of this aging, hulking, bulging, grimacing figure struggling with America’s smallest monetary increment is as loaded as it sounds: it’s funny, tragic, fascinating, and sad. Just like Levy’s film. In showing one man’s tireless quest to wrap the tips of his monstrous fingers around an even somewhat tiny piece of the American dream, Levy has produced a heartbreaking drama that would make Eugene O’Neill proud. Read the full HTN review. Available on DVD

Shepard & Dark (Music Box Films) — Treva Wurmfeld’s documentary about the friendship between superficially polar opposites Sam Shepard and Johnny Dark packs an unexpected gut punch in its depiction of a man (that would be Shepard) whose artistic drive gets in the way of his daily life and off-stage/screen relationships. To label this film a cautionary tale might be extreme but it sure played that way to me. Available on DVD

The Uninvited (Criterion) — Available on DVD

Eyes Without A Face (Criterion) — Available on DVD

A Hijacking (Magnolia) — Available on DVD

Just Like A Woman (Cohen Media Group) — Available on DVD