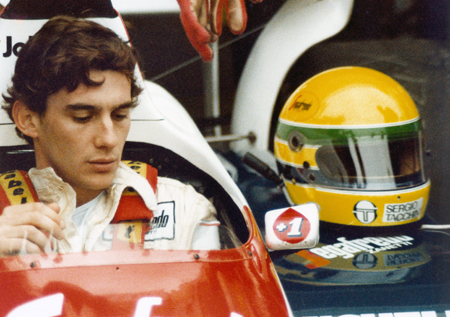 Senna (Arc Entertainment) — I don’t like auto racing. At all. Which is why Senna, a look at the career of Brazilian Formula One legend Ayrton Senna, was the biggest surprise of Sundance. The film, which is comprised exclusively of archival footage of Senna’s life on and off the track, has it all; a hero, a villain, triumph, tragedy, redemption and a constant parade of visual thrills, including a lot of first person camera work from the driver’s seat of Senna’s car has he flies around the world’s most prestigious Formula One tracks. Senna is thrilling and contemplative all at once, everything you could want in a non-fiction film. Available on DVD

Holy Rollers: The True Story of Card Counting Christians (Warner) — For someone like myself, who is 1) a terrible gambler, and 2) an even worse general rent payer/money maker, Bryan Storkel’s documentary is totally fascinating. Available on DVD and at Amazon Instant

To Catch A Thief (Paramount) — Available on Blu-ray

Monty Python and the Holy Grail (Sony) — Available on Blu-ray

Before Your Eyes (Film Movement) — Available on DVD

The Search For One-Eye Jimmy (Lorber Films) — Available on DVD

The Skin I Live In (Sony Classics) — The latest Pedro Almodovar film was dug by many viewers. I was left reaffirmed in my feeling that I have no idea what to make of his movies anymore. Available on DVD