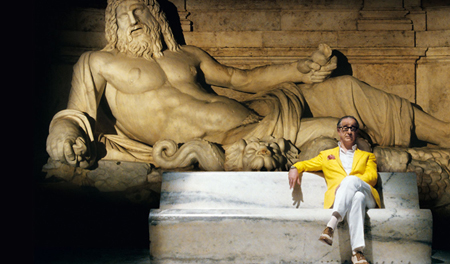 The Great Beauty (Criterion) — I was too in awe of this movie to write a full-fledged review of it, but suffice to say, it’s an intimidatingly audacious fusion of stylistic pomp and personal emotion. Yes, Paolo Sorrentino’s love-hate letter to Rome won this year’s Oscar for Best Foreign Language film, but that’s not why it’s mandatory viewing. It’s mandatory viewing because it’s hard to comprehend that an earthly human could have pulled off such a spectacular feat. Available: DVD 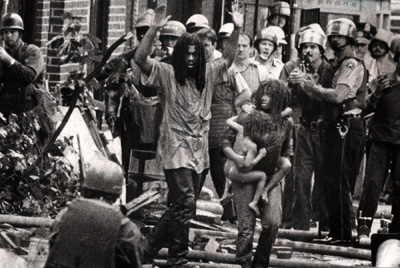 Let The Fire Burn (Zeitgeist Films) — Prior to watching the film, I didn’t know about the historical event that Let The Fire Burn chronicles. For director Jason Osder, who lived in Philadelphia at the time, it’s a childhood memory, and one that felt too important to be buried by history. Osder is a professor of media and public affairs at George Washington University, and the film has the imprint of extensive research and scholarly precision. New interviews were apparently filmed, but Osder and editor Nels Bangerter made the bold decision to stick entirely to archival footage. It’s a crucial choice against the reliability of memory, or historical revisionism, and in favor of letting source material speak for itself. We are never told what to think, there are no talking heads butting in with opinions, explanations, or interpretations. Of course the edit is subjective, but on a formal level it’s a chronological visual record of events, and the ultimate act of judgment is up to us. Read Susanna Locascio’s full HTN review. Available: DVD 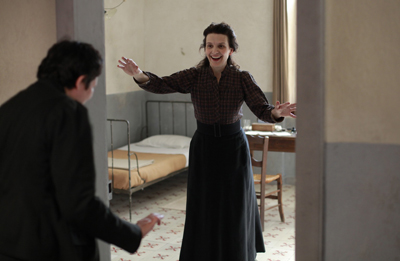 Camille Claudel 1915 (Kino) — There’s an underrated tradition of biopics that take varying degrees of creative license in portraying artists grappling with psychic afflictions, of which Vincente Minnelli’s Lust For Life, Maurice Pialat’s Van Gogh and Peter Watkins’s Edvard Munch are three salient examples. But who would’ve guessed that the reigning champion of French cinematic transgression, the aggressively unpleasant but always interesting Bruno Dumont, would choose to enter this mostly fanciful lineage with his first feature to boast the participation of a highly regarded actress (Juliette Binoche)? Camille Claudel 1915 also marks Dumont’s inaugural foray into overtly psychological melodrama, having made his name on metaphysical death trips in which grace is never far from horrific violence or uncharitably depicted sexuality. (His previous film, the mythopoeic and inscrutable Hors Satan, which was finally released in the US earlier this year, is arguably the most distilled summation of his shtick.) Despite the new aesthetic and thematic terrain he tackles here, rest assured that Dumont’s fingerprints are all over this one. Read Dan Sullivan’s full HTN review. Available: DVD 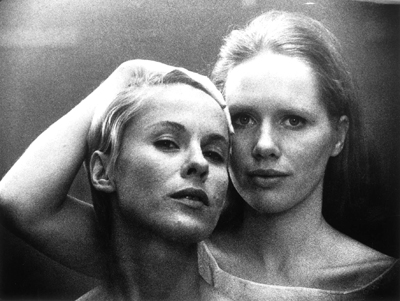 Persona (Criterion) — Ingmar Bergman’s 1966 masterpiece gets the deluxe home-video treatment it deserves with Criterion’s Blu-ray/DVD dual edition, which boasts a new 2K digital restoration, new and archival interviews, on-set footage, critical essays, and more. Bergman defined personal filmmaking for generations of 20th-century art-house cinephiles, and he never dug more deeply into his own psyche or those of his actors than he did in Persona; nearly fifty years after its original release, the film still feels almost obscenely intimate, like an autopsy performed on a still-breathing body. Liv Ullmann is Elisabet, an accomplished actress who suffers a breakdown on stage and refuses afterward to speak; Bibi Andersson, in one of the great screen performances, plays Alma, the nurse charged with helping her recover. Alma gradually unburdens herself to Elisabet, telling her things she’s never told anyone, then (in a process some have compared to psychoanalytic transference) turns on her silent companion; finally, we—and they—lose sight of where one woman ends and the other begins, as their individual minds and personalities dissolve and meld into one. Bergman fuses dream imagery and surrealist reality-shifts with metacinematic experimentation inspired by Godard and others, and this potent brew accounts for much of Persona’s enduring mystery—we’ll never get to the bottom of it. But discussions of form and technique can’t explain its subterranean emotional power. In a film filled with unforgettable moments, perhaps the one that cuts the deepest is Andersson’s monologue recounting a furtive sexual encounter and the abortion that followed, but really the entire movie feels like that scene—from start to finish, it has the hushed candor of a late-night confession in which secrets are given up and souls laid bare. (Nelson Kim) Available: Blu-ray/DVD