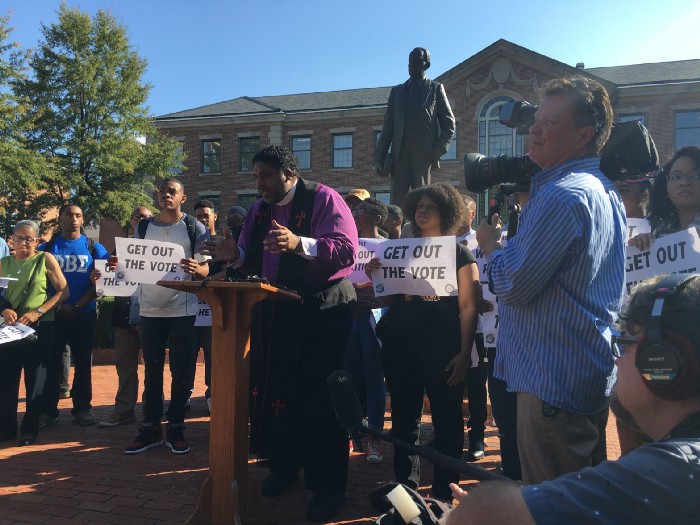 (Editors Note: This guest column is authored by Tim Smith and was originally published on Medium.com)

Whenever you produce a feature documentary, the challenge is finding innovative ways to get it seen and have your film impact the national conversation. However, this is all compounded when a pandemic shuts down many of the traditional doc distribution channels.

My recent documentary, Rigged: The Voter Suppression Playbook, seemed to have a fair amount going for it. A key concern these days is combating and stopping systemic racism. Well, our film’s focus, voter suppression, exposes the carefully built system of legal provisions and extra-legal practices that exclude citizens from voting because of their race. So, when it came to relevance, we had that base covered. Check.

And RIGGED was lucky to have a strong creative team behind it — with Jesse Moss as the film’s producer and cinematographer (he just won the top prize at Sundance for his film, Boys State); and as our consulting producer, we had Sam Pollard, the Peabody Award-winning editor, and producer who’s helmed several docs with Spike Lee.

But because of the film’s topic, we also had a fast-approaching sell by date — Election Day, November 3, 2020. Thus, we could ill afford to take the traditional slow, painstaking rollout of booking a screening at a film festival here…a film festival there. Well, scratch that. I didn’t have to worry about that since many film festivals were already shut down.

Before COVID hit, we managed to get RIGGED on Amazon Prime (where it trended in February on their doc page) — but streaming services are a bit of a Tower of Babel, with docs getting lost in the sauce unless they are a Michael Moore-level mega-hit. RIGGED did not travel in that august category.

Pre-COVID, we had been very successful getting RIGGED screened at over 200 venues, including voting rights groups, law schools, colleges, churches, and the Congressional Black Caucus. We even had a screening at Brown Chapel AME Church during Selma’s 55th Jubilee Weekend inlate February. It felt like we were on a roll.

Then. Then…COVID19 hit. And ALL our screenings evaporated. Poof. I spent days and days going through myriad emails canceling booked screenings. We were becalmed…adrift. What to do?

But as they say, “necessity is the mother of invention” — and clearly, there was a mandate for us to get RIGGED seen and talked about (with the clock ticking relentlessly and ever quickly towards November).

With our screening venues now shut down, we soon realized that our future audiences were individually sheltering in place in front of their home computer screens. We also conjectured that as people hunkered down, there would be a thirst for new content — and we had new and yes, relevant content.

We quickly pivoted and reached out to some of the organizations we had been working with to discuss whether they would like to move to virtual screenings. But how would we do that? Initially, we didn’t have a clue.

The ACLU Florida chapter told us they would be open to doing a virtual screening but first wanted to make sure it would work. They were not excited about being a trial guinea pig. So, in early April, we agreed to work with them and test out two virtual screening platforms that we had identified as possible candidates: TwoSeven and ZOOM Webinar. The first night, with only a few ACLU volunteers as our virtual audience, we screened RIGGED via the TwoSeven platform.

Alas, it was a total disaster — the film froze for some people; others could not get the downloaded TwoSeven app to work — others saw the film briefly before the platform unceremoniously crashed. After about ten minutes, we pulled the proverbial plug.

The next night, we gave ZOOM Webinar a try — working, again, with a few, now skeptical, viewers from ACLU Florida. We downloaded a digital version of RIGGED to a Mac laptop and ran it straight into the ZOOM platform. With fingers crossed, we pushed play. It worked like a charm.

But we soon realized that there was a lot more to a successful ZOOM virtual screening than merely pushing play. To wit:

1) If you are doing virtual panel discussions after the screening (more on this later), the IT person running the event needs two monitors. One monitor to run the film on and the other to monitor various functions on ZOOM — chat, Q&A, and any poll questions you may be posting.

2) And you do need your own IT person(s) to do this — do not depend on the organization you are working with to stream the event, it will be a disaster. We have hired two top people to help us run our virtual screenings and panels.

3) We developed our own ZOOM manual to send to viewers who might not have ZOOM and are in need of a step-by-step guide on how to download and use it (yes, some people still do not have ZOOM). It’s proved a lifesaver.

4) We also write a Run of Show script for each event. This gives the sponsoring group and their moderator a helpful script for what to say, when to say it and even what questions to ask panelists. Again, this is not an option but a requirement to make sure your virtual screening and panel go off flawlessly.

5) We also developed an Eventbrite Evite for each screening. Eventbrite allows us to know how many people are signing up (usually best to divide RSVPs by at least half) and also captures their emails for later social media outreach by us. Eventbrite also sends out reminders to attendees about the screening.

To make the screenings more attractive, we have also put together robust virtual panel discussions — with our topic, Democracy in the Time of COVID. These panels give the screenings added value and serve to increase sign-ups.

For our panels, we have booked leading experts including Valerie Jarrett, former senior advisor to President Obama; Sherrilyn Ifill, head of the NAACP Legal Defense Fund; Yale Professor, David Blight, Pulitzer Prize-winning author of the new Frederick Douglass biography; and former US Attorney and MSNBC legal analyst, Joyce Vance. In all, we have had over 60 different panelists. And since it is virtual, and panelists can participate from the comfort of their own homes, they are much more amenable to joining. For many of our panelists, it also gives them a venue to promote their latest books (yes, we show their book covers on ZOOM when we intro them).

Two added bonuses of ZOOM Webinar is it allows for up to 500 viewers and also records the entire session on video. So, you can use clips from the panel discussion for social media postings on Facebook, Twitter and Instagram. In addition, we offer sponsoring organizations the option to stream the event on their Facebook page via Facebook Live.

We quickly learned that if we tell groups that we will not only run the program on our ZOOM platform but also help gather panelists, they eagerly sign-on. This has worked so well that we now have over 50 virtual screenings and panels booked between now and Election Day. And these screenings often have over 200 on-line viewers. Meanwhile, numerous requests for additional screenings come in each and every day — reversing the dark tide of cancellations we witnessed in March.

Thus, while COVID presented a huge challenge to distributing RIGGED, we found that by embracing the virtual route, we achieved our prime objective — placing RIGGED in the national conversation about voter suppression and the critical need for expanding voting rights. 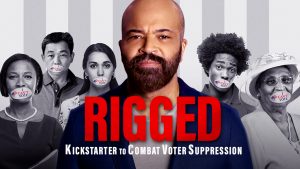 You can donate to RIGGED: Kickstarter to Combat Voter Suppression right now to help re-register purged voters in advance of the election.

Click on the image, or HERE to donate on Kickstarter.

Timothy Smith is the executive producer of the Amazon Prime documentary, Rigged: The Voter Suppression Playbook. He was formerly a senior producer with MSNBC’s documentary unit. He has won several EMMYs and produced Emmy-nominated hours for PBS’s NOVA and Frontline.