As usual, there was no shortage of great films at this year’s SXSW. The problem is how do you select what to see when there are so many ways to be distracted in Austin. There are the panels, the music, the food and the parties. This year I felt that the best, smaller, more archetypical SXSW films were overshadowed by bigger budgeted foreign films and the whole crop of great Sundance-snatched titles. I felt a bit upset when I’d ask reliable festival-goers what they were loving and they would say Septien or The Catechism Cataclysm or Bellflower. It would actually make me angry. Sure, those are great works but what about the newest no-stars/no-budget SXSW films? It felt like people were not really focusing on those types of films this year. In part I think this is because the actual narrative competition section felt very uninspiring. None of the catalog film descriptions excited me and I only got to see one, Natural Selection (which, as it turned out, won multiple awards). Since you probably know how much I loathe Little Miss Sunshine Cleaning wannabe-quirky-Midwest-kooky-folksie comedies wallpapered with twee-upbeat-quasi-sad-guitar-music scores, the less I say the better. This one was specifically tough for me because it treated its fundamentalist Christian heroes like clowns. But no need to hate on the winner, there were many gems to be found in the other sections.

Making its North American premiere after debuting in Rotterdam, R. Alverson’s New Jerusalem stars Will Oldham as Ike, a prickly fundamentalist working in a used tire repair shack with Sean (Colm O’Leary), a recently returned Afghanistan conflict Vet. This is the type of film that I love SXSW for. It’s small, focused and seriously relevant and insightful. Oldham’s performance is sincere and tinged with just enough lived in angst that he makes the character utterly believable and compelling. His target lost soul, Sean, is receptive to Ike’s God pitch but his character has a broader outlook on the world, which allows him to both maintain his skepticism about the specific religious logistics while still maintaining his compassion for Ike’s concern for his well being. Alverson’s film doesn’t engage in any critical dialogue with Ike’s beliefs; it forgoes that in order to focus the story on the struggle of two different men trying to find their place in a world that is oblivious to their search for meaning.

Dustin Guy Defa’s Bad Fever took me deep into one of my favorite films of the American ‘70s, John Huston’s film adaptation of Flannery O’Connor’s Wise Blood. None of the filmmakers had seen that film, but I loved Bad Fever for the same off-kilter romantic outsider energy that Huston so expertly brought to life with his/O’Connor’s story of a blind preacher (played by Harry Dean Stanton), his wayward hussy daughter, and the town simpleton, whose lives intersect over a gorilla exhibit. Bad Fever features a compelling Kentucker Audley as Eddie, the town mumbler, who lives with his mom and practices his stand up comedy routine by talking into a small tape deck while walking alone, kicking cans all through the abandoned side of town. Eddie stumbles across the vexing Irene (played by the always fetching Elenore Hendricks), who is up to some strange, vaguely sexual shenanigans with a VHS camera. The simpleminded town idiot is not easy to pull off without resorting to obvious clichés and condescension. Audley pulls it off in spades, making his character both believable and sympathetic. The direction is also not an easy task in this type of film because the tone needs to both acknowledge the extreme but comic nature of its characters and their pursuits yet at the same time treat them with a dignity that allows us to sympathize rather than judge or laugh. I thought the whole package was pitch perfect. The staging was just open enough so that I fully believed and was engaged by the world around the characters and by the time we get to last few scenes, when Eddie makes a total fool of himself and consequently comes to a painful self-recognition, we feel optimistic that he may in fact start to move forward with his life.

These two films alone for me represent the true spirit of SXSW: small, micro-budgeted, serious, well-crafted cinematic dramas. What more should a SXSW film-goer want? 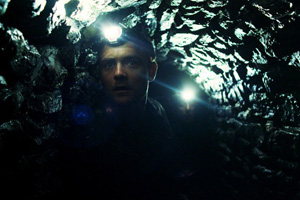 Having asked that question, I understand that not everyone is fine with mere wisps of narrative or naturalistic, slow-paced, character driven stories. So, if you were a knee twitching, video game playing, face tweaking interactive type, there were plenty of distractions to keep you busy. I had to check out Kill List because the word on the street was so strong and there were several comparisons to Lars Von Trier’s Antichrist. This British production, which I am sure will be at a theater near you soon [ed. note: it was quickly snatched up by IFC Films/Sundance Selects], is powerful and extremely well made. It starts as character driven, almost Mike Leigh-esque bleak portrait of a marriage crumbling under economic stress. In the second act, it then switches into a naturalistic hit man story. By the time we reach the third act, we are deep into a British style pagan cult film ala Wicker Man. I’ll say no more except that it is well worth seeing and a total twister. I don’t agree with the Antichrist comparisons, though. Kill List is an example of how a well-done genre film will always provide a structural beat-down to its parental lineage. As opposed to a Tarantino film like Inglourious Basterds, which is really nothing more than a soulless, no personality, genre remix, Kill List actually fully inhabits its genre and creates a serious sincere film by working within the spirit of its codes. It’s a great film.

Other slick foreign entries also managed to lead me astray from the Emerging Visions section, which I now fully realize contains the heart of this festival. I saw the New Zealand film Wasted On The Youth, which manages to dodge and weave through the trap doors of the “rich spoiled evil heartless prep school story of escalating cruelty.” This one manages to fully integrate cell phones, instant messaging, and social media into the plot and makes those devices active props in a story of date rape revenge.

LBF—short for Life Between Fucking—is a perky tale of pretty, hip-but-alienated youth searching for love between performances of post-Interpol skinny tie wearing indie rock bands like Tennis (actually I liked all of the music). The story is driven by a suit wearing pretty boy who also narrates in clever British smartspeak but overall I found it to be too cool for its own good (the 2008 Norwegian film Reprise attacks this same theme and character with way more structural panache), but I did like how LBF managed to seamlessly integrate so many live performances into the story. 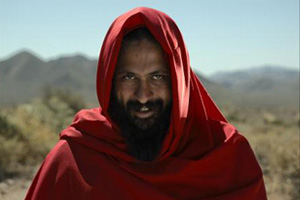 The doc film that just about demolished all of its competition was Kumare. It was one of those films that everyone was talking about and that managed to draw in non-film interactive types. “Kumare” is actually Vikram Gandhi, a New Jersey born Indian who went to Columbia University and decided he would debunk the whole religion racket by growing his hair and beard and becoming a true shyster guru himself. He learns yoga and walks into Phoenix Arizona with flowing robes, barefoot with a shepherd’s staff. He speaks in a bad fake Indian accent and at times sounds more like Borat than your recently arrived cab driver, “You put coka in arm, how do that? Big needle?” He creates his own yoga positions, which are inspired by Pete Townsend guitar moves and he creates chants and a theory about the inner blue light. The endeavor does go beyond a Borat adventure because Kumare does actually feel empathy for his followers’ genuine search for meaning. By the time we get to the part of the story where the shyster gets punk’d by his own scam, we have been fully taken in by the victims and are starting to identify more with them than Kumare’s cynical easy skepticism. Because Kumare is also a good actor, we then feel his pain as he decides that he must reveal his true self to them. It’s a compelling story that also, as one audience member mentioned in the Q&A, proves both sides of the argument regarding the truth vs. fiction debate about religion and faith. It’s a film that deserves all of the attention it will most likely receive (it won the Audience Award for Documentary Feature). 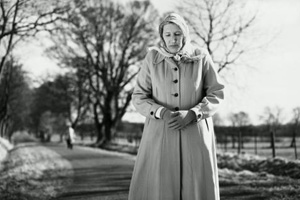 In Kumare, we see how by taking on the external trappings of a role, the gestures, the clothes, and the language, you can eventually steer yourself into the role’s inner truth. By acting initially on the surface, like the type of a person who actually is not selfish and cares for other people, Kumare actually started to feel internally the true deeper feelings of empathy and compassion. The codes of the role led him toward the inner truth of the character. That is essentially the English method of acting—i.e., the physicality of the role will lead you toward the inner truth. The American Method, on the other hand, is fully explored and actualized in a fascinating British doc called Self Made. In this film we watch as several normal non-acting volunteers engage in deep method process as they explore their own inner demons through method exercise and improv scene work and then channel those real life feelings into acting roles. One girl’s struggle to deal with her emotionally absent father is brought to a filmed scene from King Lear and it is really amazing to see a seemingly uncreative person make Shakespeare convincingly come alive. I would say Self Made should be required viewing for all directors, as well as anyone into drama therapy.

The difference between SXSW audiences and Sundance audiences became very clear in the screening of Sundance Special Jury Prize winner Another Earth. Whereas in Park City, the audience was utterly engaged by the combination of banal typical Sundance naturalistic drama-meets-low-fi sci-fi, at SXSW the audience was having none of it. People were laughing at times. Maybe it was the beer, but they were far from engaged.

The lines this year between the two festivals got a little crossed due to some poaching from Sundance and there was lots of complaining about how the spring break idiot factor was over the top this year, but ultimately, SXSW does what no other festival in America can do. It showcases and features the best micro-budget, non-star driven cinematic drama of the moment. It’s still my fave American fest.