THE SCENT OF RAIN AND LIGHTNING

(The Scent of Rain and Lightning was the opening night film at DeadCenter on June 8th and the closing day film of Dances with Films on June 11th.)

Adapted from Nancy Pickard’s 2010 novel by Casey Twenter and Jeff Robison, director Blake Robbins’ The Scent of Rain and Lightning superficially tells the tale of a young midwestern woman confronted with the release of her parents’ presumed murderer, while beneath the surface is a story about women navigating an overwhelmingly masculine world. We can debate ad nauseam about the ability of male screenwriters and directors to make feminist films, or why a female did not direct The Scent of Rain and Lightning; but I’d like to suggest that Robbins’ is quite feminist, considering the prominence, strength, and resiliency of the lead protagonist. This film does so much more than merely pass the Bechdel test.

When the film’s protagonist, Jody (Maika Monroe), is informed by the male members of her family that Billy (Brad Carter), the man who was jailed for her parents’ murder, had his sentence commuted by the governor, the message comes with the misogynistic undertone that Jody will not be safe without the protection of men. Under the pretense of wanting to protect her, the men who surround Jody want to control her, including the guy she’s presumably having a casual sexual relationship with. Men (especially her grandfather, Senior Will Patton) seem to perceive Jody as weak and naïve, solely because of her gender – the most prominent goal of The Scent of Rain and Lightning is to allow Jody ample opportunities to disprove that belief. Additionally, it becomes more important for the men to protect each other than to reveal the Truth.

While we quickly learn that Jody isn’t the stereotypical damsel in distress of the Western genre (a genre which The Scent of Rain and Lightning tangentially belongs to), the men of The Scent of Rain and Lightning never get that through their thick, testosterone-clouded heads. As Jody reevaluates her parents’ murders, it becomes overwhelmingly obvious that truth is relative and no one is good or bad. Unlike most Westerns, there are no token bad guys dressed in black, or saviors clad in white; everyone is as grey as a menacing storm cloud. Another moral lesson Jody realizes from her civilian investigation is that everyone makes mistakes, and some of those mistakes have a butterfly effect.

Robbins makes the brave directorial decision to represent this narrative in a nonlinear fashion, freely bouncing back and forth between Jody’s present and her parents’ past. Despite the decade-plus difference in time, most of the characters appear unaged. While this could simply be a case of casting the same actors to play both roles, this seems like a purposeful statement that the men have not changed with the passing of time. These men did not learn from their mistakes and made no efforts to mature as human beings. It is also worth noting that most of the male characters continue to dress like they are cowboys in the 1800s. They seem to be stuck in a time capsule, both mentally and stylistically.

It is hard to deny that The Scent of Rain and Lightning is a perfect vehicle for Maika Monroe to showcase her range as an actor, as if we didn’t already realize that from her astounding performance in It Follows. As Jody, she wears her emotions on both her face and fingernails – the latter being a really great touch to accentuate her repressed feelings.

It is also brilliant how Lyn Moncrief’s cinematography subtly comments upon the on-screen events. His use of focus and perspective establishes an atmosphere of uncertainty, as if we are always viewing things through a filter. Whereas reality in cinema is usually conveyed with sharp depth of focus, The Scent of Rain and Lightning is often represented with soft focus and distorted angles. We are purposely not seeing the entire reality of the situation. Because of that, we may never know the complete truth. 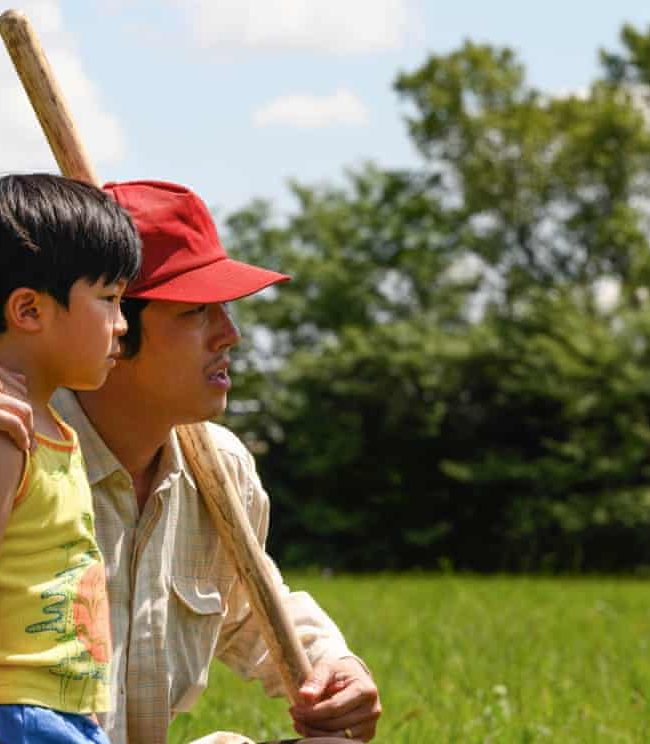